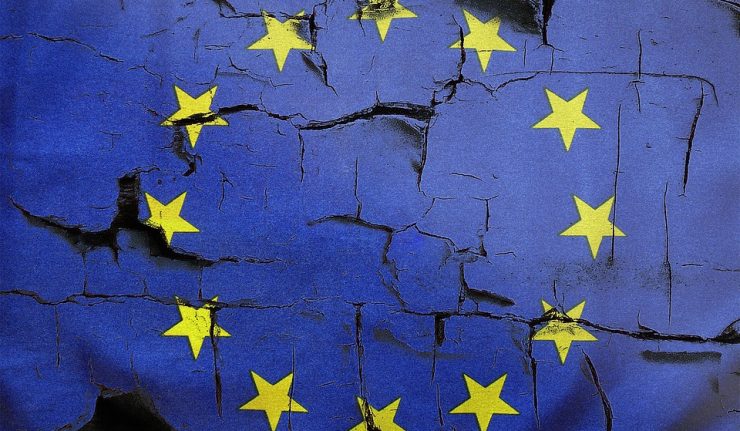 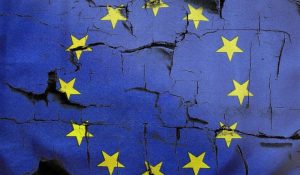 I’ll get to the European Union in a minute, but first a bit of background.

System building—how do you do it? In particular, how do you build a perverse structure?

There are three sequential steps:

One: Secretly create the system.

Two: Once it’s up and running and established, act as if you’re a mere participant in the system.

Three: Claim that the system is absolutely necessary, and without it, things would collapse.

When those three steps have been accomplished, you can add other flourishes. For example, sometimes you can get away with saying the system was never created at all; it arose organically because there was a need for it. That’s a good one.

THE EU IS SUCH A SYSTEM.

The propaganda: “It wasn’t planned from the top. It came about as a response to the need for peace among nations, the need for a common market and a uniform currency, the need for an end to brutal nationalism, etc.”

Actually, the EU was created as an extension of World War 2 by other means. Hitler’s dream of a united Europe was accomplished, with a reborn Germany as the economic powerhouse. But other key players were involved: the Vatican, the City Of London, Swiss banks, etc. And after 1973, the Rockefeller Trilateral Commission. Globalists all.

The EU’s current support of the migrant flood into Europe is a case of: this is how we erase borders, destroy the traditions of separate cultures, take down separate nations once and for all, and make Europe into a single entity.

Brexit was “a disturbance in The Force,” but it is being used to advantage by the EU. In actual game theory (not the ludicrous version taught in universities), you must have threats to the system, in the wake of which the system survives. This “proves” the structure is sound and necessary, and continues to meet the needs of the people.

The EU is painted as a kind of heroic soldier who has endured many battles. This picture sells.

As time passes, expect more and more news stories featuring the propaganda theme, “The EU is on the comeback, stronger than ever.”

The truth is, the EU could vanish tomorrow, and the individual nations of Europe would find ways to connect, cooperate, and do business.

In fact, one or two adventurous countries could change the face of Europe (which tells you why the EU tries so hard to pass so many binding regulations that apply to all its members). Here is an example:

Suppose one European country decided to cancel all the odious EU regulations restricting the sale and use of nutritional supplements? Suppose the whole area of nutrition was turned over to the free choice of every citizen?

You can bet your bottom franc or pound that this nation would suddenly undergo an economic renaissance. Nutritional companies by the hundreds would set up shop. Citizens from all over Europe would move there. Jobs would multiply. In turn, this country would become a haven for all sorts of natural health practitioners and their clients.

Big Pharma, one of the driving forces behind the EU, would be exposed as a pernicious monopoly. Never a bad thing.

Who knows how many other areas of the economy (aka free market) would suddenly reappear, free of repressive regulations?

What about GMO crops? From what I can discover, 50 GMO crops are permitted in Europe. A nation can submit a request to the EU to ban a GMO crop, and the EU makes the final decision. Suppose—if the EU vanished—one country stood up on its hind legs and declared: “We are banning ALL GMOs. If you live here, all your food will be non-GMO. That is our commitment.”

Do you think that might result in many people moving to that country?

Do you think the mega-agri GMO corporations favor the EU? Of course they do, because they believe that, in the long run, they can exert sufficient influence to have their way—whereas on a continent of separate and autonomous nations, the risk factor would be higher.

All ruthless mega-corporations embrace the EU. That is their preferred system: predators cooperating with other predators. Eventually, you look at the EU and the worst corporations in Europe, and you can’t tell the difference. They’re blood brothers.

Breaking up and dissolving the EU would smell very much like freedom, if enough citizens could remember the scent.

The EU is betting it can sustain control; its program of opening borders and letting in what amounts to a massive crime wave will somehow be given a pass by Europe’s traditional population. The EU is betting it has reduced the people of the continent to such a degree of passivity that any insult is accepted.

“The people don’t want freedom, they want the system.”

The EU is showing its teeth for all to see. It’s essentially assaulting the population and daring it to rise up in rebellion.

Which is another aspect of real game theory: launch a series of insults and challenges and tests to those under your rule and see if you can grind them down further and further.

Europe was the cradle of individual liberty. Not China, not India, not Argentina, not Japan, not Bolivia, not Egypt. Europe. That’s why the Globalist EU has Europe in its sights and wants to flatten it.

The biggest systems of control are often built after the biggest wars. Those who engineer and finance those wars, on both sides, understand this. They draw up those systems, in the ashes of the prior conflict. It was always their intention. Just as key members of the Rockefeller Council on Foreign Relations were tasked with designing the Union Nations before World War 2 was finished, key Globalist players were already laying out the roadmap to the European Union at the same time.

You could say World War 2 was instigated and fought for the very purpose of bringing in these huge systems of post-war control.

War creates the perceived need for the systems.

Make no mistake about it, the ultimate plan is to erase all separate nations and turn them into distant memories.

Freedom would be the other distant memory.

One thought on “If the EU goes down, all life ceases to exist”