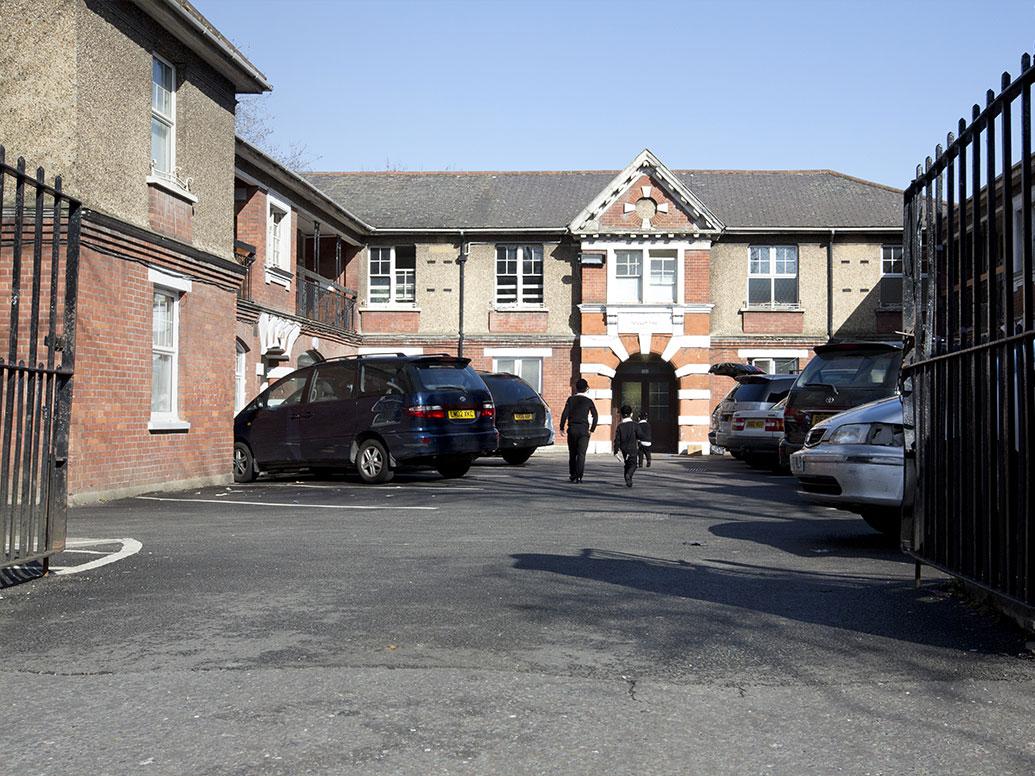 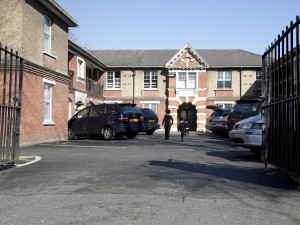 Exclusive: An investigation by The Independent reveals thousands of children in London have been moved to illegal Jewish faith schools and the evidence destroyed

A London council’s education authority destroyed evidence of children being educated in illegal faith schools at the request of religious institutions, The Independent can reveal.

The Department for Education has been aware of the problem since 2010 but does not appear to have taken any steps to act against the destruction of these records.

An investigation by The Independent also found that more than 1,000 children are missing from schools in London and are at risk of abuse in illegal faith schools. The schools are ultra-Orthodox Jewish faith schools at which boys are placed from the age of 13, and where they receive no education beyond studying religious texts. A number of pupils leave school with little or no ability to speak English, and few – if any – qualifications or skills which equip them to work, or live independently.

Former pupils, campaigners and whistleblowers say that the schools have been operating in plain sight without government action for more than 40 years, despite the fact that running a non-registered school is a criminal offence, and physical violence and sexual abuse of children is alleged to have taken place inside the schools.

A redacted ‘Action of Note’ of a meeting between representatives from the Department for Education and Hackney Learning Trust reveals that both bodies have been aware of the issue for at least six years. Hackney Learning Trust is a private company in Hackney Council’s Children and Young People’s Service, which describes itself as having responsibility for the council’s “entire education function”. At a meeting in May 2010, the issue of ultra-Orthodox Jewish schools operating illegally in Hackney was raised. The Trust’s own ‘Action of Note’ of the meeting record authorities admitting at this meeting that they destroyed evidence of the abuse at the request of Jewish schools.

In the meeting, Trust representatives discussed that in an attempt to track the whereabouts of Jewish children when they go missing from education records, they had asked legal Jewish state schools to inform them when a child was taken away by their parents to attend an illegal one instead. A Trust representative says that although they were initially able to receive evidence tracking the missing children in this way which could have enabled them to act and protect children, some of the schools threatened legal action against the Trust and that they subsequently backed down and agreed to destroy all evidence it collected on the issue.

The ‘Action of Note’ records that a senior Department for Education staff member was present at the meeting and had agreed to inform the Department of all that was discussed. However, despite this, it appears that the Department of Education did not raise any objections to Hackney Learning Trust destroying evidence of children being placed in illegal schools, nor did they take any steps to intervene or act against the destruction of these records.

Furthermore, The Independent can also reveal data analysis of the Government’s own records which show that more than 1,000 Jewish boys are currently missing from the education system in the London Borough of Hackney, and that thousands more have disappeared over the course of decades.

Campaigners and whistleblowers say that the Department of Education and Hackney Council have both refused to take these concerns seriously for decades, resulting in thousands of lost children over generations.

Former pupils, whistleblowers and campaigners have told The Independent that the boys, who belong to ultra-Orthodox Jewish families, are taken out of the schooling system by the age of 13. After this age, they attend extremely strict faith schools where lessons are conducted in Yiddish, speaking English is banned, physical beating occurs and children are encouraged to enter arranged marriages upon turning 18.

Data analysis by the British Humanist Association (BHA) reveals that the Government’s own records show that thousands of Jewish boys drop off records of registered school children. Currently, more than 1,100 children are missing from these records in London.

Campaigners say that the boys often start off in legal, state primary schools along with their sisters.

However, their religious beliefs are that boys should dedicate their lives to intense study of religious texts exclusively once they reach their Bar Mitzvah age of around 13. Daughters are not expected to undergo the same education because it is not seen as theologically important for women to have a deep understanding of religious texts when their primary role is looking after their families and the home, and so girls largely remain in legal, state schools.

Data from the Department of Education’s own census of children in education backs up these claims depicts how Jewish girls continue in education, while their brothers slowly drop off from the ages of 11 and 12, before figures plummet from the age of 13.

The Independent understands that this slow drop is because parents remove children during the summer holidays because it is harder to detect than taking them out during the academic year. Therefore, the boys are removed in the summer holidays immediately prior to their Bar Mitzvah, resulting in slow drops in numbers of children aged 11 and 12, before a huge drop at age 13.

As daughters from these families continue to go to local schools, it is extremely unlikely that the families have moved out of the local area or left the UK.

It is feared that even more will be missing as the most extreme families home-school their children from birth or send them to extreme religious schools from the age of three and the children therefore never make it to educational records in the first place.

The Independent has seen correspondence reporting these illegal schools to both Hackney Council and the Department of Education which dates back to 2013. Yet despite this and the meeting’s ‘Action of Note’ revealing both bodies have been aware of this issue since at least 2010, it appears that no action has been taken to successfully protect the children.

Campaigners argue that Hackney council has turned a blind eye to abuse for decades and that when they have finally acted in recent months following publication of a report by The Independent in January, they have botched their response. In particular, one school in Stamford Hill was issued with a closure notice to cease operating by 12 February. However, more than a month on from this closure date, a reporter for The Independent saw dozens of children speaking Yiddish and wearing Orthodox attire entering the building for lessons at 6:30am and leaving again at 11pm.

Campaigners say that authorities may not be acting because they fear that they will be accused of anti-Semitism if they close these schools or investigate Orthodox Jewish families on child neglect charges.

Rabbi Dr Jonathan Romain, chair of the Accord Coalition which links religious and secular groups to promote inclusive education, told The Independent: “There has long been an open secret in the Jewish world that ultra-Orthodox schools have been operating in Hackney and are not registered with the Department of Education. In essence, they are illegal schools, but authorities appear to be turning a blind eye“.

He added: “It could be that people higher up the educational chain fear that closing the schools could be branded as anti-Semitism. There is no reason why one cannot be immersed in Jewish life, but still speak the national language or be able to gain qualifications. As a rabbi I applaud those engaged in Jewish education, but as a rabbi I also condemn those who blinker children’s horizons and isolate them from wider society”.

Jay Harman, Faith Schools Campaigner at the British Humanist Association, told The Independent: “It is estimated that as many as 2,000 children could be trapped in these schools across the UK, so every year that the Government fails to act, that’s thousands more children who are subjected to abuse, indoctrination, and the denial of even the most basic education beyond the study of scripture.

“We’ve been working with former pupils at unregistered ‘faith’ schools for some time now, and their overriding sentiment is that they have been badly let down not only by the communities that these schools serve, but also by their local authority and the Government, whose approach continues to be one of inaction and indifference.”

A former pupil who attended illegal schools in Hackney’s Stamford Hill where he was physically beaten by teachers, left with no qualifications and unable to speak English, told The Independent: “My childhood was stolen from me. I think that sometimes the Government misleadingly believes that by intervening they will be seen as intimidating minority communities, but they are doing exactly the opposite. They are being discriminatory against Jewish children and anti-Semitic by not intervening. They’re saying that children like me don’t have the same rights as any other child because we come from the Orthodox Jewish community“.

State schools to become academies by 2022

A spokesperson for the Department for Education said: “Nothing is more important than keeping children safe. It is the local authority’s responsibility to investigate allegations of abuse and neglect and they take these seriously.

“Unregistered schools are illegal and unsafe – and we are taking unprecedented and direct action against them across the board to protect children, inform parents and support teachers, putting us firmly on the front foot. We have announced an escalation of Ofsted investigations into unregistered schools, with additional inspectors dedicated to rooting them out, a new tougher approach to prosecuting them and a call to local authorities to help identify any setting of concern. Anyone who has evidence that an illegal school is operating should provide it to us or Ofsted immediately.”

The Department for Education said it was investigating the existence of the ‘Action of Note’.

A spokesman from Hackney Learning Trust declined to comment.