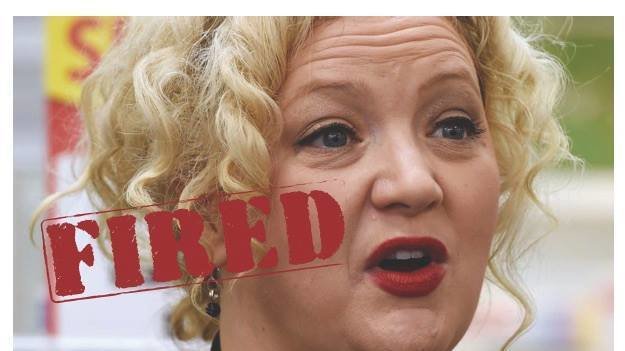 Our political insider has revealed that many current Members of Parliament do not hold Jill in high regard. They believe Jill is causing issues for Daniel Andrews and as a result, it is rumoured that he is thinking of terminating her position. The publicity hoax of the abusive tweets saga is believed to be a desperate attempt to gain public sympathy in order to salvage her position. Many members of parliament are disappointed with her choice to go public, imagine how they will feel when they find out the story was fabricated!

Today we launched an official media release, which is attached below. Reports provided by the media alert company indicate that the release and petition have been viewed by many media outlets AND the vast majority of Members of Parliament in the upper & lower house BUT we still need your support to drive this campaign home. Jill is in a vulnerable position; we must act NOW if we want her to be held accountable for her actions.

What can you do?

1.      Sign this petition and ask others to do the same https://www.change.org/p/minister-hennessy-has-been-caught-blatantly-fabricating-lies-and-inciting-hate-please-sign-the-petition-to-have-her-investigated?recruiter=619229765&utm_source=share_petition&utm_medium=copylink

2.      Send an email to your local MP asking them to look into Jills’ publicity hoaxhttp://www.parliament.vic.gov.au/members/shadow

3.      Share the true story on your timeline or in groups you belong to. http://www.truthlibrary.info/blog/hennessyliesexposed/

We would also like to say a massive thank you to everyone who has helped make this campaign a success. It’s about time those of us in the pro-choice movement had a win.

Victorian Minister for Health, Jill Hennessy, recently went public with a video full of ‘abusive tweets’, which has been proven to be nothing more than a mass media publicity hoax.

Evidence has revealed the tweets were either fabricated or farmed from closed and secret Facebook groups. One of the usernames quoted in the fabricated tweets belonged to an obstetrician from the Netherlands who had never heard of Hennessy.

An official complaint has been lodged with the Independent BroadBased Anti-Corruption Commission and a petition launched, demanding the Minister be stood down immediately and an investigation into her misconduct undertaken. In addition to fabricating an elaborate media hoax, the misconduct cited includes:

• Deliberately promoting the shaming of a growing section of the community with inflammatory descriptors such as ‘vile’.
• Collaborating and encouraging individuals involved in harassing, intimidating and threatening parents of vaccine injured children and natural health practitioners.
• Fast tracking the No Jab No Play legislation through Parliament without due process.
• Refusing to meet with her constituents or parents of vaccine injured children to discuss the issue of vaccine safety.
• Irresponsibly stating vaccination carries no risk for children, despite vaccine manufacturers’ warnings of adverse effects.
• Inciting hatred and loathing of an already vilified community.

MEDIA CONTACT If you wish to speak to the Truth Library to view or access evidence as per above, please email kelly@bellybelly.com.au.

One thought on “IMPORTANT UPDATE RE: JILL HENNESSY”