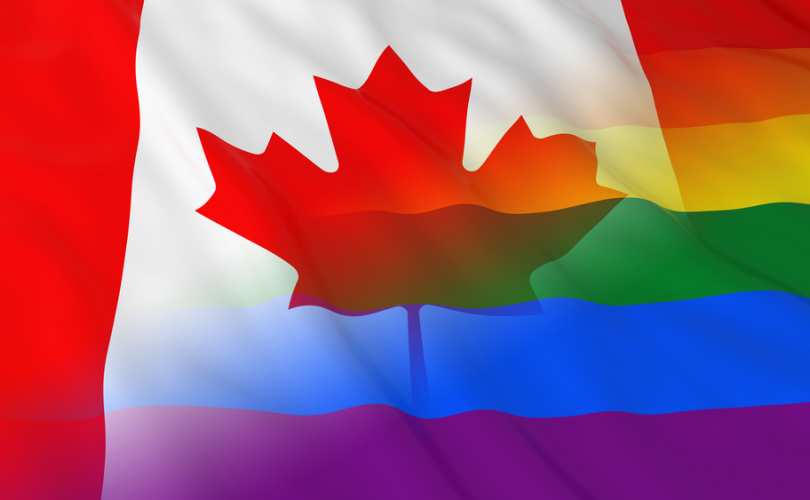 To see the real effects of redefining marriage, look no further than Canada. Regardless of whether one is for or against redefining the traditional definition of marriage in Australia, it is impossible to deny that the majority of Canadians have lost their fundamental rights as a result marriage being redefined.

According to an online post featured in The Chronicle:

In Canada, freedoms of speech, press and religion have suffered greatly. If one says or writes anything considered “homophobic”, anything questioning same sex marriage, one could face discipline, termination of employment, and/or prosecution by the government.

First and foremost, it drastically changed the way in which parenthood was defined, and tacitly states that children have no right to their biological roots:

Canada’s gay marriage law, Bill C-38, included a provision to erase the term “natural parent” and replace it across the board with gender-neutral “legal parent” in federal law.

Now all children only have “legal parents”, as defined by the state. In effect, same-sex marriage not only deprives children of their own rights to natural parentage, it gives the state the power to override the autonomy of biological parents, which means parental rights are usurped by the government.

Second, fair business is all but obliterated, as companies and organisations which refuse to side with the LGBTI lobby continue to being taken to court for ‘discrimination’.

As for talk about how a shop (read wedding cake shop) would not make a same-sex wedding cake they should be fined. This is the rubbish that the left carries on with. A business should be able to retain the right to refuse service on principle. If only one wedding cake shop existed in Australia as a monopoly, this view would be valid.

Our democracy, with many businesses available to service customers, anyone seeking a service, will find a business that will service their needs. The LGBTQ should respect that some will refuse service on principle, and just accept it, without ranting and raving and wanting to change laws.

The burden and damage of redefining marriage is clearly being felt by the Canadian people ­– but the grievance do not end there. In late October of 2016, Canadian Senate passed Bill C-16, which stands as the beginning of an end to free speech for the country. As NBC News summarised:

The Canadian Senate passed Bill C-16 by a 67-11 vote. The bill adds prohibitions against discrimination on the basis of gender identity and gender expression to the Canadian Human Rights Act, amends the criminal code to extend protections against hate speech and allows judges to take into consideration when sentencing whether a crime was motivated by hatred of the victim’s gender identity or expression.

The eleven members of Senate who opposed the bill predict that the only thing that will come from it is the loss of freedom for the common man:

During the Senate hearings, opponents of the bill gave testimony against it, arguing it undermines free speech, “criminalizes” incorrect pronoun use and threatens “women only” spaces such as rape crisis centers.

The same-sex marriage lobby has come out in droves across the world to hammer into people that “the only people redefining marriage affects are same-sex couples”. But the facts prove otherwise, as the majority of Canadians are refused their fundamental rights. Unable to access their biological roots, practice free market in a supposedly free market society, or speak out on any gender related issues without being ‘discriminatory’, they have been forced to their knees at the bequest of a tiny minority.

There is no doubt that if the silent majority of Australians does not stand against the redefinition of marriage, we will inevitably be forced to relinquish our dearest rights to a demanding few.