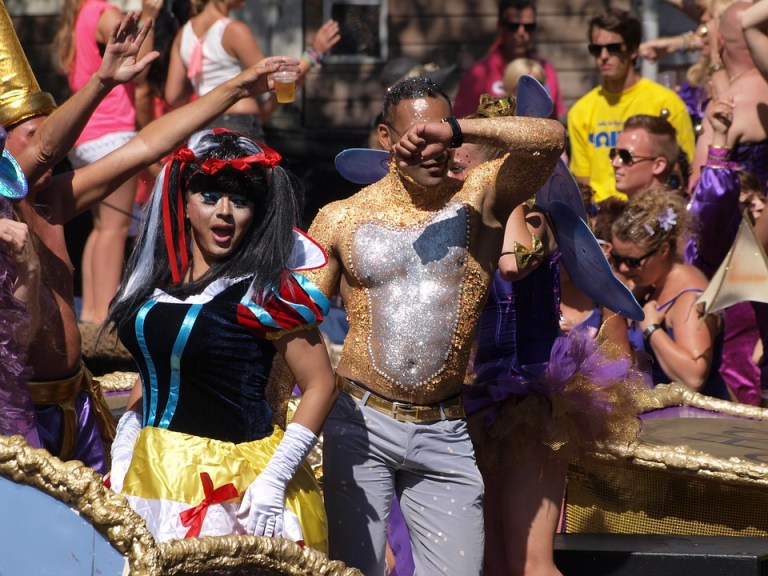 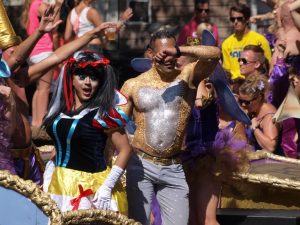 Humanity will be done a great service if the obscenity propagated by the Gay and Lesbian Mardi Gras was banned from public space. The annual event is set to take place this year on the 4th of March in Sydney, within the LGBT heartland of Oxford Street. And with it, all shades of degeneracy and deviance will occupy the city in a festival symbolising the current state of progressive society.

When Pauline Hanson famously said, “I don’t like it”, when asked about the Mardi Gras, she did so for good reason. As is the case with the Mardi Gras, it is a dangerous event that weakens society and harms our children. By promoting such sexually explicit behaviour and flaunting such a violation of public decency, the festival should send alarm bells across society.

Sadly, that is not the case. Society has degenerated to such an extent that fetishes are celebrated openly in these parades instead of driven down the gutter from whence it came. And our children will be witnessing this from front-row seats. This is exacerbated by the fact that children will be exposed to nudity and sexually graphic performances, a problem witnessed in gay pride parades around the world.

The left, for obvious reasons, does not see this as a problem. It is perfectly fine for, and even encouraged by, those in the opposite side of the spectrum to have children witness such vulgarity. It does not occur to some of them that this will have a lasting impact on their brains, and will influence them to follow in the footsteps of these performers and pursue a sexually deviant path they wouldn’t have chosen if shielded from such harmful and degenerate behaviour. Others are not oblivious to the meaning and impact of such behaviour on children, yet hide their ulterior motives driven by cultural Marxism inside an apparently innocent support for LGBT rights.

Of course, we live in a day and age where celebrating the norm is considered harmful, but celebrating the abnormal isn’t. Heterosexual pride parades and festivals are not acceptable to the progressives, who actually consider them offensive and harmful. It is not valid to be proud of your sexuality unless you’re part of a newly-invented sexual minority or Tumblr-generated sexual fad.

Can you imagine the outrage if a group of heterosexual men decided to hold a parade celebrating their sexuality, with girls in bikinis striking sexually explicit poses? The feminists would be outraged at this exploitation and objectification of women and would probably say it encourages domestic violence and rape. So why is a homosexual parade then considered acceptable? Why should our public decency laws be suspended to appease a designated victim group?

What is especially alarming is the fact that this sexually perverted event receives taxpayers money, and is supported by many government statutory bodies or organisations that receive government funds. It is supported by major corporations such as Qantas and Holden to appease a minority of their customers. What is worse is that even conservative politicians now attend this event as witnessed by the Liberal Party float and even Malcolm Turnbull has attended previously.

The main argument for celebrating minority sexual orientations and genders over the majority is the former having to endure social exclusion and hardship, an ordeal that could’ve been avoided if people didn’t choose to be gay in the first place. Another argument is the supposed usefulness of such celebrations to combat gay and transgender suicides, especially those of children. While these are sensitive issues, and everyone ultimately has the right to live their own private consenting relationships, a degenerate festival is inexcusable. It should not be forced onto the public and particularly innocent children, especially in such a hyper-sexualised manner.

It is for this reason that the Mardi Gras should be banned in public. An event that exhibits giant condoms on city streets and has lewd performers with next to no clothing flaunting their sexual deviancy, will only confuse more children and make society even more vulnerable by destroying traditional values. Strength is being replaced with victimisation, and cultural foundations are being destroyed by cultural Marxism.

A good, middle-path solution to handling the Mardi Gras is to host it in a stadium or other private venue restricting entry to those below the age of 18. This will allow children to avoid witnessing its acts, while also providing the freedom for the minority of adults to carry out their shenanigans in private. This was a compromise put forward by conservative advocate Peter Madden in 2011. Or another option is that if it is to take place in public it should seriously clean up its act and commit to being G rated. If they refused to do this yet continued its sexualised content police should not be afraid to arrest parade marchers.

Of course, the proponents of LGBT propaganda and cultural Marxism will oppose any option other than the current Mardi Gras set-up. But the time has come to not be subservient to victimised minority groups. It’s time to cleanse society of this degeneracy, respect the majority of ordinary people who find such events disgusting, and protect our children.

8 thoughts on “In the name of our children, let’s ban the Mardi Gras”