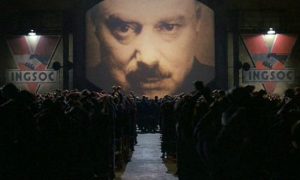 For many years as a reporter covering medical stories, I have taken to task public health agencies, such as WHO and the CDC. I’m used to their lies.

In that regard, I came across a mind-boggling CDC quote dug up by Dr. Sherri Tenpenny, who has done terrific work researching vaccine dangers.

The quote comes from the 6th edition of Epidemiology and Prevention of Vaccine-Preventable Diseases, published by the CDC. It’s an attempt to squelch debate about the DPaT vaccine, which is given to prevent diphtheria, tetanus, and pertussis. Over the years, much has been written about the severe adverse effects of this combination vaccine—e.g., brain damage, seizures, very high fever, death.

The CDC quote asserts that, generally, there is no definable disease “syndrome” caused by vaccines. It then makes several more astonishing claims.

“There is no distinct syndrome from vaccine administration, and therefore, many temporally associated adverse events probably represent background illness rather than illness caused by the vaccine…The DTaP may stimulate or precipitate inevitable symptoms of underlying CNS [Central Nervous System] disorder, such as seizures, infantile spasms, epilepsy or SIDS [Sudden Infant Death Syndrome]. By chance alone, some of these cases will seem to be temporally related to DPaT.”

Read the quote several times to absorb the full force of its message. It reminds me of the attempts to shunt aside deaths caused by AZT, the AIDS drug, which viciously attacks the immune system. In that case, the doctor or researcher will say, “The patient didn’t die from the effects of AZT. The destructive action of AIDS, by coincidence, simply speeded up after the drug was given.”

The CDC is claiming the DTaP vaccine stimulates a PRE-EXISTING CONDITION in a baby: The baby already had a life-threatening central nervous system illness. The illness was temporarily on hold. The vaccine brought it to light, and then the baby died.

Suddenly—with no evidence offered—vaccines have this magical ability to cause underlying illness to jump into action. The vaccine isn’t at fault. The baby was already on the road to brain damage or death.

I’ve seen some pretty wild excuses offered for vaccine-induced destruction, but this one takes the cake. Whoever cooked it up should receive some sort of medical prize for Bald-Faced Lying. Then he can be arrested for contributing to negligent homicide.

Generally speaking, the untested medical assumption is this: “We know vaccines cause no harm. Therefore, if a vaccine recipient becomes ill or dies, the cause must reside in the patient.” In the field of logic, this is called assuming what you are trying to prove.

I have written many times about the 100,000 people who die every year, in the US, as a result of correctly administered FDA-approved medicines. Perhaps the CDC or the National Institutes of Health could issue a statement blaming all these deaths on underlying, pre-existing illness that was stimulated by these drugs.

Surgical errors could be accounted for in this way, too. “Yes, we did remove the patient’s testicles while we were doing the appendectomy. But you see, we knew he had testicular cancer, so we needed to take care of that while we were in the area. What’s that? How did we know he had testicular cancer? Well, we would never remove his testicles by mistake. Therefore, we must have known we had a legitimate reason to take them off. Can’t you see that?”

4 thoughts on “Incredible vaccine lies from the Ministry of Truth”