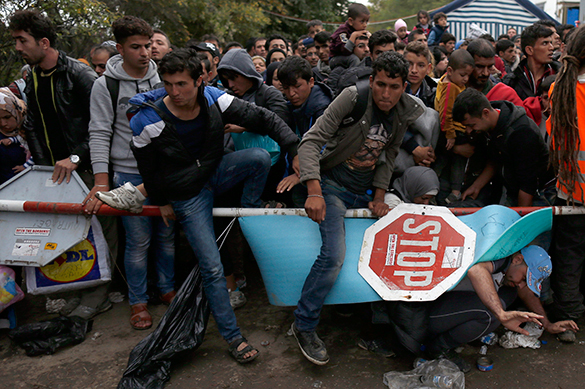 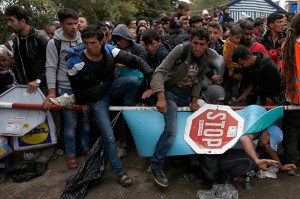 Local residents have been abused these days by a group of young people among migrants. They were throwing firecrackers at buildings, crashed shop windows with stones and bicycles, and that is just one ounce of what restaurants owners said.

Beside that, hooligans demanded 60,000 kroner in ‘protection money’. They cried that Nørrebro is a shariah zone, where it is forbidden to drink alcohol. It should be noted that many bar owners say that police doesn’t seem to making any attempts to help them.

The district was visited by the Minister of Justice, who demanded the Copenhagen police to investigate the case. However, the problem is not a new one. As early as in 2012 the media reported of a Viking Cafe, which drew blackmail and threats.

The problem has really begun to snowball. The same street rows take place in the Austrian cities, Graz, Linz, Salzburg, St. Pölten. Denmark is not the only country, which suffered from the aggressive behaviour of migrants.

Given this, the EU authorities allowed all the participants of the Maastricht Treaty to resort to extreme measures in order to defend their territories from the outer influence. Thus, some analysts speak of yet another EU democratization, others predict imposition of a martial law.

Despite attempts of the EU to control the situation with refugees from the Middle East, police and the Europeans themselves have to admit – Europe has been hit by a wave of robbery and cruel rapes of local residents. Journalists, policemen and the Europeans themselves though are shocked that their friends, colleagues and even husbands… are afraid to defend them from rapists and robbers.
Mass media reports that migrants beat Europeans near Refugee Centres and even rape teenagers just ‘in the street’. However, police conceals criminals’ nationality ‘to avoid pogroms’. In some cases they even have to resettle refugees, in order to save them from arson at night and possible attempts.
Many of those arrived claim that local women themselves are to be blamed. According to the Kurdish migrants, they have a lecherous look. Nonetheless, one cannot generalize the situation and speak about all the Europeans in such a way. Cases of most violent battery of migrants from Syria and other Asian countries are though well-known in Germany, Turkey, Greece, Sweden and Italy.

Check more of our videos on our video channel http://www.youtube.com/user/PravdaTV
Go to Pravda.Ru website to read articles that you can not read in Western publications
http://english.pravda.ru/