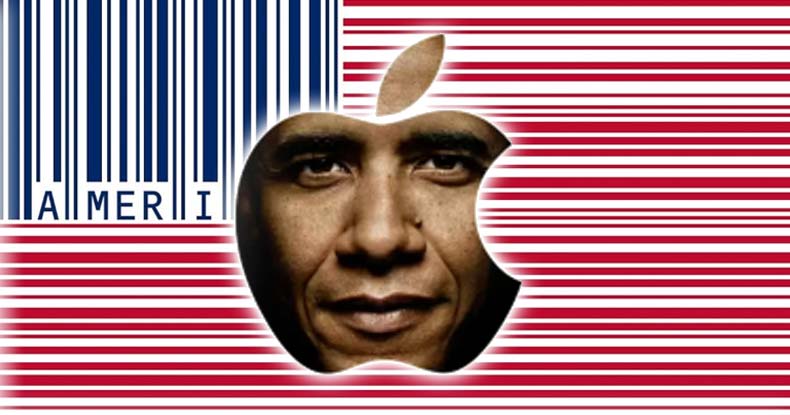 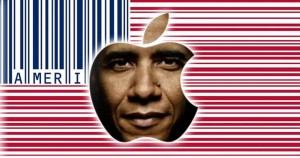 While visiting South By Southwest (SXSW) on Friday, President Barack Obama argued that the government should be given a backdoor to all encrypted smartphones and communications devices. Although Obama repeatedly played the child molester and terrorist cards, he never confronted the possibility of U.S. intelligence agencies abusing their power at a level far more technologically advanced than the KGB, Stasi, or SAVAK.

When asked where he stood on the privacy vs. security debate, Obama answered,

All of us value our privacy. And this is a society that is built on a Constitution, and a Bill of Rights, and a healthy skepticism about overreaching government power. Before smartphones were invented, and to this day, if there is probable cause to think that you have abducted a child or that you are engaging in a terrorist plot or you are guilty of some serious crime, law enforcement can appear at your doorstep and say, ‘We have a warrant to search your home.’ And they can go into your bedroom and into your bedroom drawers and rifle through your underwear to see if there’s any evidence of wrongdoing. And we agree on that.

No, President Obama, we never agreed on no-knock drug raids that leave innocent children maimed or murdered. After declaring an incessant war on drugs in June 1971, President Richard Nixon pushed through extreme measures, including no-knock search warrants and mandatory sentencing, in an attempt to appear tough on crime. But we never agreed to the needless deaths of 7-year-old Aiyana Stanley-Jones and 11-year-old Alberto Sepulveda, or the mutilation of 19-month-old Bou Phonesavanh.

“The question we now have to ask is: If technologically it is possible to make an impenetrable device or system where the encryption is so strong that there is no key, there’s no door at all, then how do we apprehend the child pornographer, how do we solve or disrupt a terrorist plot?” Obama asked.

Apparently, it never occurred to Obama to use evidence, witness testimony, deduction, forensic science, or undercover cops to apprehend child pornographers. And although the CIA and NSA have repeatedly claimed that their mass surveillance programs are responsible for thwarting terrorist plots, they remain unable to provide a single example of identifying or preventing a large-scale terrorist attack.

“What mechanisms do we have available to even do simple things like tax enforcement?” Obama continued. “Because if in fact you can’t crack that at all, government can’t get in, then everybody is walking around with a Swiss bank account in their pocket.”

While Obama appears to operate under the assumption that the U.S. government does not have the capability of cracking these devices, NSA whistleblower Ed Snowden recently addressed the issue asserting, “Respectfully, that’s bullshit.”

As The Intercept pointed out, security researchers say other options do exist, such as “de-capping” the “phone’s memory chip to access it outside the phone (which Snowden has also mentioned), or resetting the phone’s internal counter” for an unlimited number of password attempts. Though difficult and costly, such methods have been used with success in the past.

Refusing to speak about the specifics regarding the Apple vs. FBI encryption battle, Obama instead pleaded a case for allowing the government backdoors into smartphones and other devices. Addressing the fact that civil liberties have been violated, Obama neglected to remind the SXSW audience about the NSA analysts caught spying on their girlfriends and spouses, or Snowden’s accusations of NSA employees sharing stolen nude photos by utilizing mass surveillance programs with little to no oversight.

In 1975, CIA counterintelligence chief James Angleton admitted before the Church Committee to opening and reading Americans’ mail to and from foreign countries for at least 20 years. Without the technology to read everyone’s mail, the CIA was restricted to photographing the letters before resealing the envelopes, as the NSA tapped transatlantic communication lines. The CIA was also accused of orchestrating the assassinations of several political figures, while the FBI admitted to conducting illegal surveillance and harassing civil rights leaders. But the Justice Department refused to prosecute.

Due to the fact that the CIA, NSA, and FBI were not criminally charged for repeatedly violating Americans’ constitutional rights over 40 years ago, Obama is delusional if he believes we should place blind faith in our corrupt intelligence agencies. By allowing these acronyms to operate with near-impunity, the president is completely ignoring the precedent set by human history that secret police and intelligence agencies, including the Soviet Union’s KGB, East Germany’s Stasi, Iran’s SAVAK, and Russia’s FSB, possess a consistent pattern of violating human rights and abusing their power.

How to Disappear Off the Grid Completely (Ad)

In the case of Saudi Arabia, the NSA is currently providing technical assistance and decryption tools to Saudi intelligence agencies, improving their surveillance systems and spyware against political dissidents, bloggers, and human rights activists, while the Saudi government continues to fund CIA covert operations in Syria. Obama also neglected to mention that detail in his privacy vs. security argument.

Andrew Emett writes for TheFreeThoughtProject.com, where this article first appeared. He is a Los Angeles-based reporter exposing political and corporate corruption. His interests include national security, corporate abuse, and holding government officials accountable. Andrew’s work has appeared on Raw Story, Alternet, Activist Post, and many other sites. You can follow him on Twitter @AndrewEmett and on Facebook at Andrew Emett.

One thought on “IPhone Just The Beginning: Obama Just Announced He Wants A Backdoor To Everything”