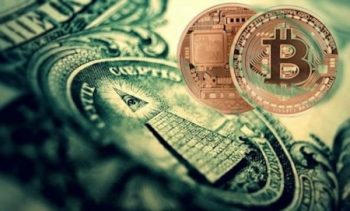 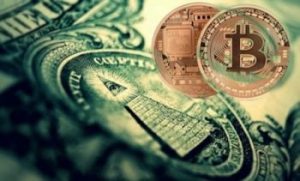 Are we being steered toward a controlled, cashless economy?

There is a lot of debate around the intentions behind cryptocurrency, and in particular, Bitcoin itself. Some say that it is the answer we have been waiting for; the very thing that will allow us the freedom to finally side-step the centralized control of the State. While others feel that this is just another long-con deception by the very entities and institutions that never cease in their tireless plots to acquire more control and more power over the average individual.

The Internet is a perfect example, for both sides of the argument. Wherein we now know that the Internet itself was a government creation, and as our own history has taught us, no doubt designed for some nefarious and sinister purpose of information control and military superiority, or at least hijacked and developed to do so very early on. This was in fact very clearly left out of the story book version of its creation. The intentions behind that omission are up for anyone to guess at, but with the wildly unconstitutional surveillance state and the formation of the Information-Industrial Complex happening right in front of us, it should not be too hard to come close.

However, regardless of the intentions behind the Internet’s creation, it is plain for all to see that it has become quite literally the most important and valuable tool in the battle for the minds of everyone in the US, and the world for that matter. Even if it was designed as a setup, as a mechanism of deception for the unwitting citizen to willingly hand over their personal information (or however one wishes to imagine it) as some still maintain, it has also been used as a powerful tool for good, and that can not be overstated. I also tend to believe that these individuals of malicious intent behind the scenes, just could not have had the kind of foresight to know where the Internet would truly have evolved to; where it is today. Which means, in no uncertain terms, that even if Bitcoin, cryptocurrency, or even blockchain technology itself was created with design to further enslave the individual, it should be clear by now that it does not mean it will necessarily do so. As it is already being used in ways that might not have been expected, and ostensibly, for ultimate good in society.

What is also very clear today, is that regardless of the original intentions behind Bitcoin’s creation, the financial institutions and the governments that bend to their will, are doing all within their power, both out in the open and surreptitiously behind the scenes, to either take complete control over its use, implementation and distribution, or, if not that, stop it completely. As this is seen, and rightly so, as a major threat to their current strangle-hold over our lives. And as we speak, the manipulation over the block-sizes, and transaction fees as a result, are only one aspect of many that are veering the entire endeavor in the direction of control by the very same banking institutions that we are trying to escape.

Below is a video, entitled “How Banks Bought Bitcoin,” that very clearly explains just how this is taking place. But as I said, whether it was meant to be a manipulation or not, either way, it does not mean that it should be abandoned, only that we must rise up, innovate, and take back control, just as we have over the Internet.

How the Banks Bought Bitcoin

One thought on “Is Cryptocurrency the Future? Or the Future Currency of the New World Order?”