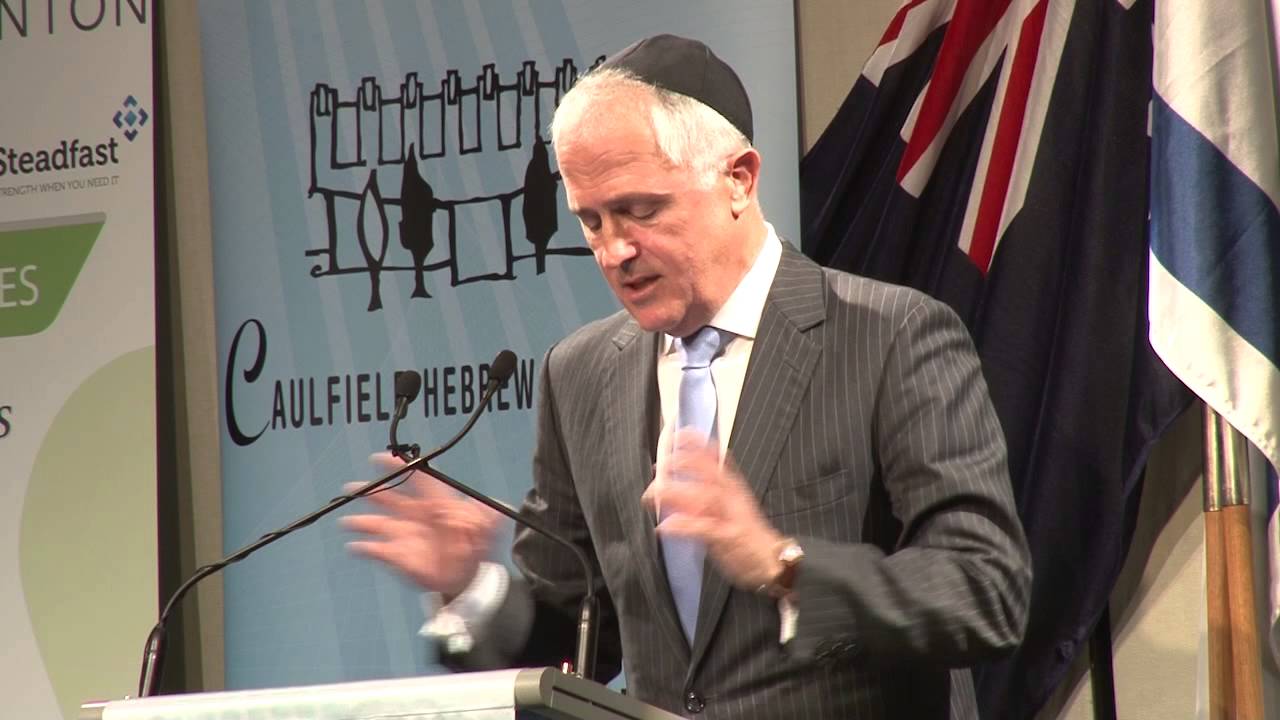 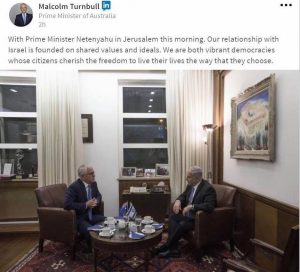 Australian Prime Minister Malcolm Turnbull — who leads one of the State of Israel’s greatest friends — will arrive in Israel,” Israel’s Prime Minister Benjamin Netanyahu said in remarks at his weekly cabinet meeting on Sunday.

Malcolm Turnbull states, Our relationship with Israel is founded on shared values and ideals. We are both vibrant democracies whose citizens cherish the freedom to live their lives the way that they choose.

Who is Turnbull speaking for? it’s not me or my Australia so why don’t you do us all a huge solid, Malcolm & stay in Israel. You do not represent the Australian people & you have no authority to speak on our behalf. What is Malcolm talking about here, is there another Malcolm? Vibrant Democracy where citizens cherish the freedom to live their lives the way they choose? this is an outright lie & Turnbull is nothing more than a con artist.

Malcolm Turnbull looks at home in Israel & for good reason as it does seem that old Mal has Jewish roots, in a times of Israel article entitled, Australia’s new PM may be Jewish, but hasn’t given it much thought

Australia’s prime minister could well be Jewish, but he says he hasn’t researched the matter. “My mother always used to say that her mother’s family was Jewish,” he told the Australian Jewish News two years ago. Judaism is passed from generation to generation on the mother’s side, so if his mother was, in fact, Jewish, so is Turnbull. 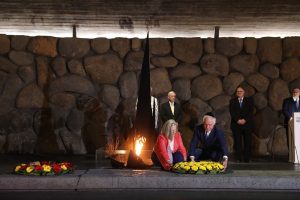 From Turnbull’s facebook page, All of the world’s oceans cannot contain our tears but all of the world’s steel cannot match the strength of our determination as we stand with Israel and the Jewish people and resolve “never again”. Incredibly moving to visit Yad Vashem today with Lucy.

Malcolm Turnbull along with his big Pharma wife, Lucy Australian Prime Minister and Wife Tied to Pharma, Pushing Mandatory Vaccination Seem at home in Israel & not at all concerned that they are associating with a mass murdering war criminal like Benjamin Netanyahu.

A Palestinian human rights organizations handed 700 pages of evidence of Israeli war crimes and crimes against humanity to the prosecutor of the International Criminal Court.

This comes as two Palestinian communities in the West Bank face imminent, total Israeli destruction. The crimes detailed in the dossier include persecution, apartheid, the extensive theft, destruction and pillage of Palestinian property and evidence of the “wilful killing and murder” of hundreds of Palestinians since 2014.

It seems Malcolm Turnbull & his wife are mixing it up in Israel with a bunch of cold-blooded killers but Malcolm states that Australia’s relationship with Israel is founded on shared values and ideals. Would the Australian people agree with Turnbull on this & who does Mr. Turnbull really represent because it’s not the Australian people or our land?

Is playboy Turnbull to be taken seriously & he may turn out to be the worst Prime Minister in Australia’s history Malcolm Turnbull’s popularity is fading fast when Malcolm Turnbull, the Goldman-Sachs investment banker turned Australian Prime Minister, he secretly donated AUD1.75m to his own 2016 re-election campaign, giving it the funds it needed to squeak into victory.

In a fantastic article by Independent Australia entitled, Corruption under Malcolm Turnbull: Going for the all-time world record The Turnbull Government keeps finding fresh ways to rort Australia’s institutions to privilege its MPs and rich backers. Alan Austin continues the corruption count, which has now reached 90 instances — with no end in sight. COULD ANY GOVERNMENT in the developed world possibly have a record as long and as shameful as this?

4 thoughts on “Israel: Malcolm Turnbull’s Home Away From Home”