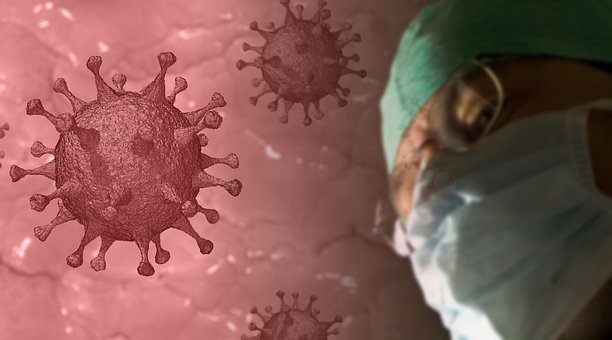 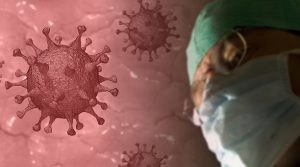 A very brief update. Read this carefully. Many people who were diagnosed as “coronavirus cases” in Italy, and then died, were almost certainly put on antiviral drugs. As you’ll see, below, a significant percentage of these people had prior heart conditions or high blood pressure. But at least one of the antiviral drugs, called ribavirin, carries this VERY RELEVANT warning, from cardiosmart.org: “Ribavirin may decrease the number of red blood cells in your body. This is called anemia and it can be life-threatening in people who have heart disease or circulation problems.” High blood pressure is a circulatory problem. Understand? Get it? LIFE-THREATENING. So how many coronavirus patients have been killed by the administering of ribavirin?

And with THAT, let’s jump in…because there’s more. Much more.

For those people who have any belief in the coronavirus…

But in the background, other Italian government researchers are combing through patient records, to take a much closer look…to see whether people are dying from the virus or other more obvious causes.

Are people dying coincidentally WITH the virus, or BECAUSE OF the virus? Is the virus a mere harmless passenger in the body, or is it the driving force?

The Italian results are astonishing, to understate it by a mile.

Bloomberg News has the story: 3/18, “99 percent of those whose died from virus had other illness, Italy says”:

“More than 99% [!] of Italy’s coronavirus fatalities were people who suffered from previous medical conditions, according to a study by the country’s national health authority.”

“The Rome-based institute has examined medical records of about 18% of the country’s coronavirus fatalities [so far, because it’s slow work], finding that just three victims [!!], or 0.8% of the total, had no previous pathology [disease]. Almost half of the victims suffered from at least three prior illnesses and about a fourth had either one or two previous conditions.”

“More than 75% had high blood pressure, about 35% had diabetes and a third suffered from heart disease.”

“The average age of those who’ve died from the virus in Italy is 79.5 [!!!]. As of March 17, 17 people under 50 had died from the disease. All of Italy’s victims under 40 have been males with serious existing medical conditions.”

Average age of those who’ve died: 79.5. Are you kidding? Lots of prior medical conditions, weakened immune systems, and what this emerging study isn’t saying: all these people had obviously been treated for those prior conditions with toxic medical drugs. Furthermore, once they’d been diagnosed with coronavirus, chances are many of them were put on highly toxic antiviral drugs. Thus delivering the final blow.

Imagining the coronavirus was the CAUSE of death would be a ridiculous fantasy. But these people are counted as “coronavirus deaths” by the other Italian reporting agencies, who are jacking up the numbers.

Does this remind you of any other reports I’ve been detailing? The elderly people with obvious prior diseases who died in Australia; and the elderly people who were diagnosed as coronavirus cases in the state of Washington—all living in a long-term-care nursing home?

Getting the picture? This death-numbers con—aside from covering up the real causes of death, including MEDICAL—is the forward spear being used to justify locking down and wrecking economies all over the world right now, and that means attacking the people in any way connected to those economies who have to work to make a living.

There are statistical vampires at work, using the elderly and sick and dying to feed numbers to health agencies around the planet. Those agencies tap their press contacts, and horror reports emerge, and the unsuspecting public, in economic lockdowns, sit in front of the tube and watch these reports, and inhale the cooked-up fear.

Turn your mind to the highest setting, because nothing is riding on this whole deal except the immediate future of humanity.

And again, cardiosmart.org: “Ribavirin may decrease the number of red blood cells in your body. This is called anemia and it can be life-threatening in people who have heart disease or circulation problems.”