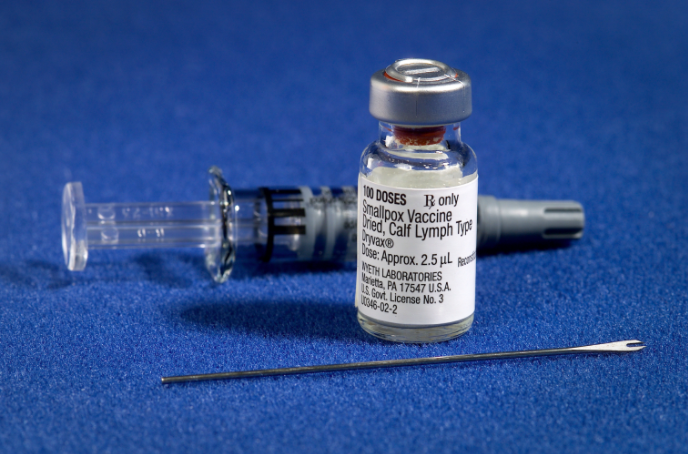 One of the debates that seem to be growing and won’t go away is the vaccine debate, writes political party founder Jamie McIntyre.

Is this because there is more to the vaccine debate than the average person is aware? Apparently, you are either a pro vaxxer or an anti-vaxxer. However, I believe this is just created to defame anti -vaxxers.

Akin to many, I decided to do my own research and investigate the vaccine issue. I have spent years reading into the subject.

Unlike some, I am not funded by a pharmaceutical company, so my only interest lies in the truth and exposing those that have ulterior motives for what they are, i.e. stooges for Big Pharma or the brainwashed.

As I read countless articles and peer-to-peer reviews, something disturbing started to happen. The more I researched, the more I started to realise that there is more to this debate than just mere misinformation regarding the safety of vaccinations.

I started to discover that those who are concerned about the safety and side effects of vaccines, particularly parents with new born children, have not only valid concerns, but also every right to question what’s in vaccines and whether they are safe and even effective. Especially, when it’s a very profitable industry that makes billions of dollars in profit for the pharmaceutical companies.

Is it possible that this industry is fearful of losing billions in profit and are therefore happy to fund studies and research into vaccines that are biased, deceptive and misleading to cover up one of the greatest potential crimes against humanity?

Unlike many, I am yet to have children, so I haven’t had to face a difficult decision regarding whether or not to vaccinate my child. However, after the depth of research I have done, I can categorically state that there’s not a chance I will allow my children to be vaccinated unless the government puts it in writing that vaccines are safe, effective and due compensation will be provided if their declaration is wrong.

I would ask the same of doctors. However, we already know the answer. They would not provide a written guarantee stating vaccines are safe and effective.

If the medical profession is so confident that vaccines are safe and effective, why be concerned about putting it in writing and providing a guarantee regarding compensation?

Unfortunately, it’s clear that they are not willing to do this because the facts tell a different story.

However, there is more than sufficient evidence to prove that vaccines are not currently safe nor completely effective.
So, let’s avoid time wasting arguments between those that support dangerous and ineffective vaccines for profits versus the more researched and concerned people who feel it’s valid to question the safety and effectiveness of mandated and compulsory vaccines forced upon young babies without consent in a so-called democracy.

The no jab no pay scheme in Australia is an insult to democracy and shows how easy it is to use ignorant politicians to push such dangerous profit motive agendas that cause more harm than good.

Also, let’s not portray those concerned about the safety of vaccinations as anti vaxxers and nut jobs, because in most cases they are neither.

So, here is my challenge:

I think enough is enough regarding this ongoing debate. There is a saying ‘put up or shut up’.

So, here is my challenge to those who want to defame and call any parent or any concerned individual that questions the safety and effectiveness of vaccinations as crackpot anti-vaxxers and fruit loops:

I challenge the pharmaceutical industry, the western governments, doctors, nurses (and the immense propaganda to mislead the public daily)- if you are so confident and certain that vaccines are both safe and effective, put up $1 million in cash or property. I will also put up the same amount and if anyone can prove to me that vaccines are both safe and effective, there’s an easy million dollars to be made.

This can soon end the ongoing argument on this critical matter once and for all. If anyone is so confident that vaccines are safe and effective, then put up your million dollars or raise the funds if you think it’s a safe bet. Otherwise, the propaganda needs to stop.

I’d like to consider myself a smart investor. I know it’ll actually be a very safe bet, as the facts prove it, and deep down we all know that vaccines are not safe and nor are they always effective.

As so-called intelligent adults, why do we put up with such bullshit propaganda from the pharmaceutical industry that’s in bed with our ignorant politicians? Every parent has the right to question the safety of vaccines, especially since it’s known that some vaccines contain ingredients that are very toxic to the human body, particularly to new born babies?

In summary, I am all for safe and effective vaccines. Our governments are responsible for ensuring that Big Pharma starts delivering them and pay due compensation for their current and past faulty vaccines.

However, some would argue that vaccines do more good than harm.

If that’s the argument, then be honest and back it up with independent studies proving it.

Currently, the industry is lying to parents about the dangers of vaccines and justifying their actions by stating that even though it will damage and destroy the lives of millions, it will also save the lives of tens of millions.

Even if this were true, is it an acceptable excuse to continue pushing vaccines and covering up their dangers when not only can vaccines be made safer, but the facts of their so called benefits have also been foolishly and deliberately overstated?

Are we talking a medical fraud with the likes of Enron accounting and trickery to deceive the public?

Only independently funded studies will prove the truth.

If there is nothing to hide, then no one should object to such detailed and open studies, and debate into the important issue.

Until then parents, should and have every right to question the medical industry’s current vaccine practices, just as many doctors and nurses already have. Unfortunately, they are still being forced to push the Government and Big Pharma’s deceptive propaganda on vaccines.

Many of the large pharmaceutical companies won’t exist in 20 years after the immense compensation claims for dangerous and faulty vaccines are forced to be paid.

And it’s for this reason we are seeing such aggressive and deceptive propaganda attacks. Big Pharma wants to push this lucratively but dangerous vaccine agenda and stop the inevitable trillions they may have to pay in compensation claims (there is already billions in claims quietly paid out for proven damages). However, in the future, it will be like a run on the banks.

Is this perhaps why the pharmaceutical  industry had Congress pass laws to make the government responsible for vaccine damages, and not them?

3 thoughts on “I’ve Had Enough Of The Vaccine Debate- Put Up Or Shut Up, Says Political Party Founder Jamie McIntyre”