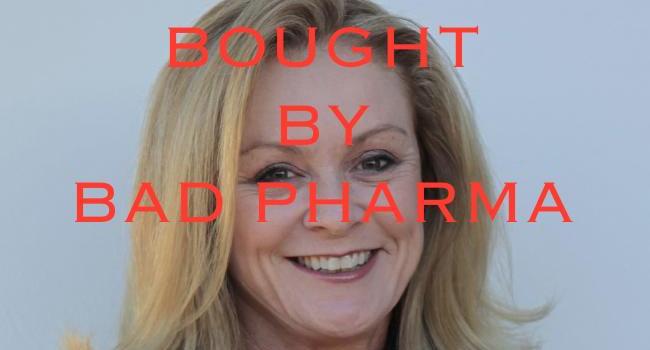 NOTE: Murdoch Media Stooge, Jane Hansen Has Thrown Another Tantrum In The Shameful & Treacherous, Daily Telegraph In Regards To The Screening Of, Vaxxed In QLD. Why All The Dramas & Tantrums, Jane? If Vaccines Are Safe & Effective, You Don’t Have Anything To Worry About. Vaxxed Is Not An Anti-Vax Film, It’s About Corruption Within The CDC & Why Does A Murdoch Newspaper Columnist Have Such A Rabid & Personal Concern In Protecting Vaccines?

Vaxxed: From Cover-Up to Catastrophe is a documentary film detailing the claims made by Centers for Disease Control and Prevention (CDC) Senior Scientist, Dr. William ‘Bill’ Thompson.

Dr. Thompson led the agency’s 2004 study on Measles-Mumps-Rubella (MMR) vaccine, investigating its alleged link to autism. Dr. Thompson confessed that the CDC had omitted crucial data in their final report, data that revealed a causal relationship between MMR vaccine and autism.

VAXXED SCREENING IN LOGAN CITY AREA IS STILL GOING AHEAD. **

“Censorship of anything, at any time, in any place, on whatever pretense, has always been and always will be the last resort of the boob and the bigot.” – Eugene O’Neil

If this film claimed that smoking did not cause cancer, or that drinking soft drink were as healthy as drinking water, it would not create this kind of reaction from the corporate media, and the Government. It happens for one reason, and that is when the content of what you are putting out, is true, and it goes against the policies they are trying to mandate.

The Council never claimed the film had any false content. They objected on the basis that it went against their policies.

We would like to thank the media, and especially the always reliable Jane Hansen, for promoting the film’s existence to her readers. We look forward to seeing many in the Logan, Brisbane, and surrounding areas, very soon.