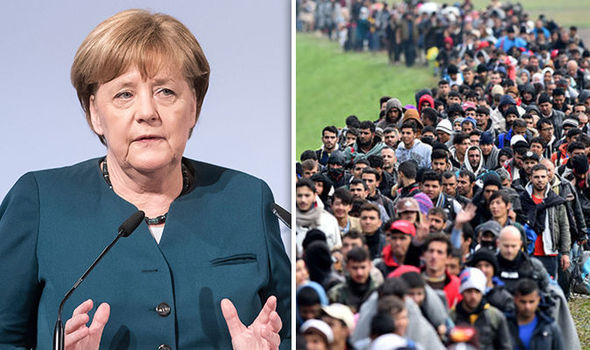 Interest in the fetish has rocketed since Angela Merkel opened the country’s doors in 2015 sparking a European migrant crisis.

Mainstream media reports claim “right wing fanatics” are particularly obsessed because they want to see migrants “further humiliated,” but this seems unlikely and in any event does not explain the migrant’s own “obsession,” nor the motives of those who produce — and heavily promote — the pornography.

While entire production studios have been set up, old videos are also being edited and updated to cash in one the craze, reports the German news site Zeit Online.

“(Pornography) is the public face of a larger network of sexual exploitation which deliberately recruits from foster homes, shelters serving various desperate populations and otherwise seeks out poor people from across the world to feed a supply chain with a constant need for fresh bodies,” said Jennifer Johnson, Associate Professor and Chair of Sociology at Virginia Commonwealth University.

Jewish insiders have long bragged that they control the pornography industry worldwide, and that Jewish pornographers would try to cynically capitalize on this crisis — and use it to push interracial sex — should shock no one.

Muslim migrants rape German women at levels not seen since the Soviet soldiers, under Jewish direction and encouragement, gang raped their way across Germany and eastern Europe at the end of WWII.