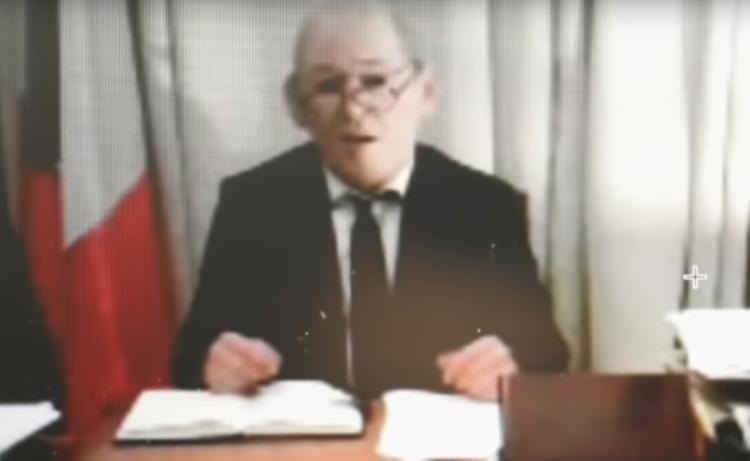 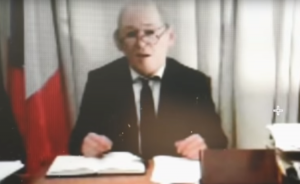 SOMETIMES you have to stop duelling with the Jews and just fall back in awed admiration at their mastery of the arts of mendacity. Truly, no one can compete with them in the World Championships of Deceit.

Just as all four football teams in the finals of the European cup competitions this year will be English, if they had a World Deceivers Cup, every year the finalists, the semi-finalists and the quarter finalists would all be Jews.

The latest proof of the Jews’ peerless skill in the art of lying comes from France; at least most of the victims were in France; the scam itself seems to have been run from Israel.

Why would any of the marks hand over the money? The story was that some French citizens had been kidnapped in Syria; a ransom was being demanded; but the French government officially didn’t pay ransoms so it all had to be done off the books; the money would be reimbursed, he said.

The Jews called French CEOs, owners of chateaux, African governments, even bishops in the Catholic Church (this one failed when the bishop told them he didn’t have millions at his disposal).

Incredible as it seems, the Jews netted an estimated 80 million euros with this ingenious scam. The Aga Khan IV, a billionaire and supposedly a direct descendant of the prophet Mohammed, even gave the Jews 20 million euros!

This is the Jew believed to been at the heart of the scam: Gilbert Chikli. Convicted of fraud in 2015 and sentenced to 10 years in prison, he fled France for Israel, which refuses to extradite its Chosen citizens to lowly goyim countries.

Chikli was arrested in 2018 when he visited the Ukraine, however. In the Ukraine, he was apparently able to corrupt the guards at the prison where he was held. There is video footage of him having a giant freezer delivered to the prison so he could have entrecôte steaks; and more footage of him laughing and swigging alcohol with his mates while saying “F*** France” and boasting that the French justice system would never get him.

He has now been extradited to France, however, and has been charged.

I can see a movie being made out of this one.

Here is a French TV documentary about the whole thing if you can understand French.