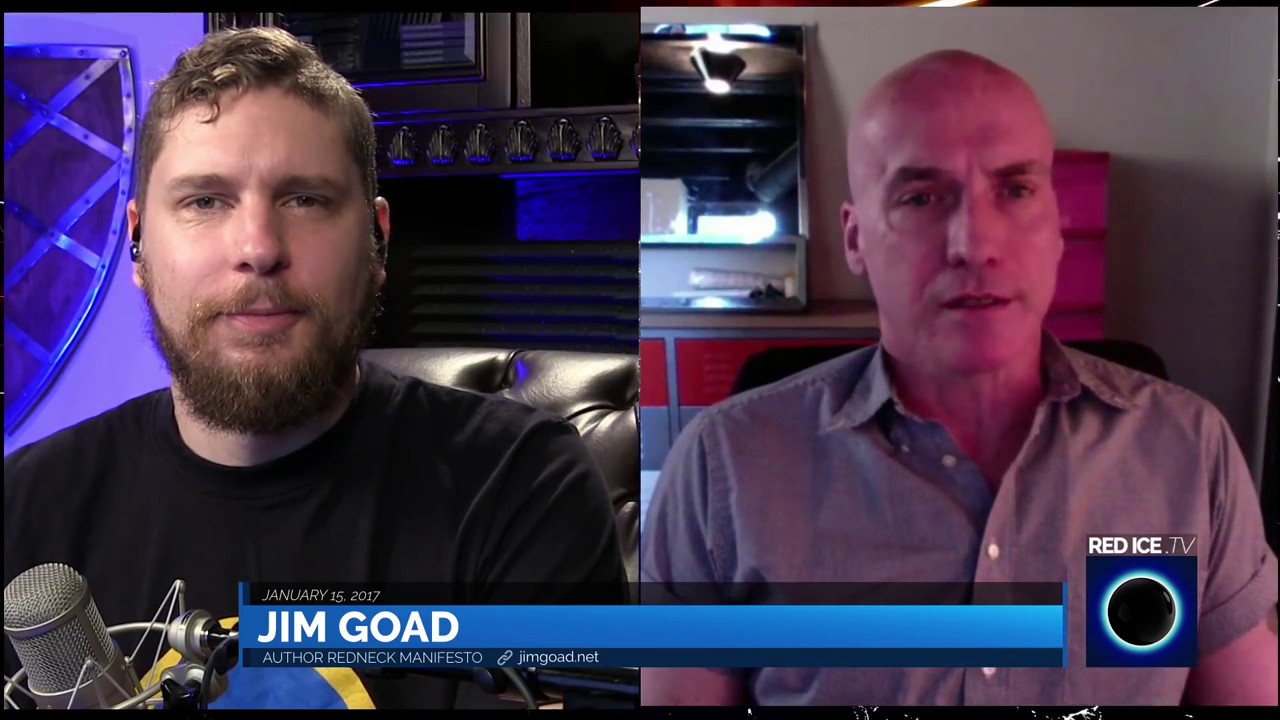 Jim Goad is an American author and publisher. He co-authored and published the magazine ANSWER ME! and The Redneck Manifesto.

We begin by discussing Jim’s background and what inspired him to write The Redneck Manifesto. Jim tells us about his ideological journey, which began with liberalism, but quickly deviated from the status quo. We learn that Jim, who describes himself as a skeptic, began questioning the dogma of our day, such as anti-racism and diversity, and eventually came to realize that there is a war on Whites and masculinity. His experiences in prison also forced him to accept the realities of tribalism and racial identity – realities that the Left fails to account for. This leads to a discussion on the modern Left, which has become similar to creationism in its denial of inconvenient scientific evidence. The first hour also touches on Trump, the myth of equality, and how name-calling is the sign of a bad argument.

In the members’ hour, we begin by discussing the recent wave of Russophobia that has been sweeping the West. Jim explains that our ruling elite is using Russia as a scapegoat and blaming the Eurasian country for rising populism in the West. We discuss World War II, and draw attention to the slanted, post-war narrative espoused by the victors. While on the subject, Jim reminds us that General Patton later lamented the outcome of the war and stated that America was wrong to side with Communist Russia against Germany. Switching gears, we discuss the “Kalergi Plan”, a name given to Coudenhove-Kalergi’s various writings which advocated destroying the ethnic heritage of Europe through mass miscegenation. The members’ hour also explores individualism, collectivism, and the ongoing efforts to feminize Western men.

Listen to the second hour of this show and get full access to our archives at http://redicemembers.com