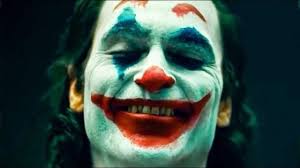 7 thoughts on “JOKER & The Rise Of The Nihilists”