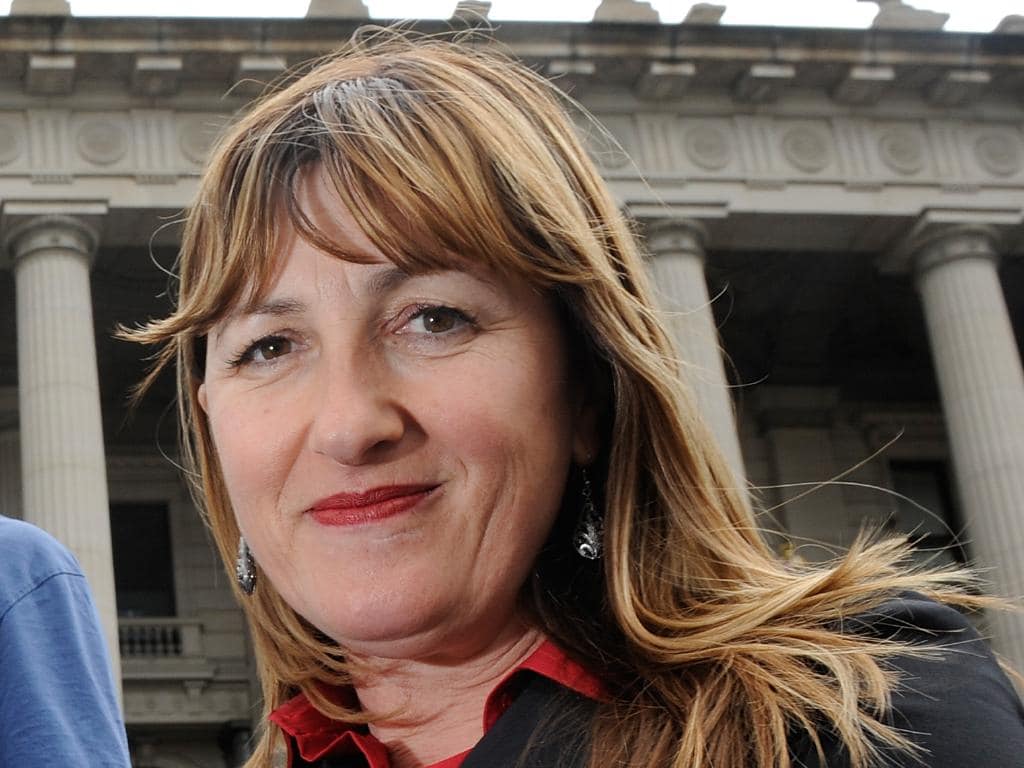 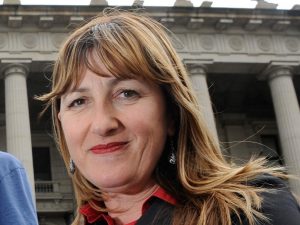 Labor MP Danielle Green has been caught out using hate speech against her constituents. Activist Prue Neiberding was appalled when merely voicing her opinion on the Facebook post of the MP flu shot promotion resulted in abuse from the personal Facebook account of the MP Danielle Green.

Ms. Green, a Bachelor of Arts degree holder and self-declared vaccine expert, was giving medical advice and endorsing a risky untested medical procedure. Vaccines are not Tested for Safety in Proper Clinical Trials before they are Recommended by Governments.

“Have you had your flu shot yet”?

I had mine this week and have urged my family, friends, and staff to do the same.

The best time to get it is now in Autumn – don’t wait until Winter when there’s already a flu epidemic – especially if it’s anything like the horror flu season we experienced in Victoria last year! 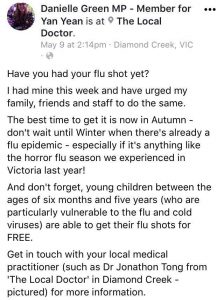 MP  Danielle Green page proceeded to delete comments from Vaccine choice advocates.
There is a social acceptance of discrimination against those who choose to abstain from the injections of drugs into themselves and their families.

Ms. Neiberding a pro-life and pro-vaccine choice activist commented about Ms.Green’s pharmaceutical endorsement   ‘ Ah, the corporate-political needle. No thanks. Never have, never will.’ Then the elected representative of the people resorted to name calling and responded from her personal Facebook account Danielle Green  ‘ Another kooky anti-vaxxer’ The derogatory and defamatory term anti-vaxxers was created to marginalize those who oppose mandatory vaccination and are often ex vaxxers who have seen their loved ones die or suffer from a vaccine reaction.

Australia is currently experiencing a gross degradation of human rights as there is a censorship of the vaccination debate and politicians such as Victorian MP Jill Hennessy deny that vaccine injury even exists. This aggressive push by media & politicians for every Australian citizen to get the flu shot for the winter of 2018  has disregarded the vaccine damage and death of children over the last few years including…
The Censorship of the Vaccination Debate In Australia

•Death of Jennifer Thew from the ACT, who died from acute respiratory distress syndrome and had been vaccinated against the flu

• Kathy Watson Jones a FIT and healthy Melbourne mother was left paralyzed from head to toe just days after having a routine flu jab.

•Toddler Lachlan Neylan suffered severe brain damage, including seizures and swelling of the brain, known as encephalopathy, after a GP accidentally administered the CSL Fluvax shot in him.

It’s illegal for a doctor to advertise prescription drugs on social media. So we’d like to encourage our readers to report this post to the TGA.

Are you some kind of a bully, Danielle Green? Need I remind you that as a politician, it is not your job nor your right to name call or attempt to belittle the people you are pledged to serve; rather it is your role to hear their voices and concerns in a respectful and open manner. 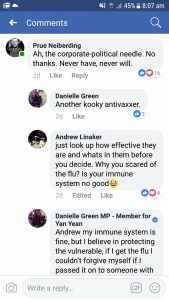 Do not forget who pays your wages and who put you in your position in the first place. Far from being a ‘kooky anti-vaxxer’, I am an extremely politically minded individual and the daily activities of my government seldom escape me. I have enormous concern and suspicion – with very good reason – about the sudden love affair from both sides of government on the vaccine issue.

I’m willing to concede you are merely ignorant and not as corrupt as some of the others in greater positions of power, but this obsession with jabbing the entire population has very little to do with public health and an awful lot to do with globalism via The United Nations, the GAVI Alliance, the WHO, The World Bank, The Rockefeller Foundation, UNICEF, The Gates Foundation the corrupt CDC, private vaccine manufacturers and others…a motley collection of corporates and international lobby groups.

Forgive me if I have the intelligence and wherewithal to have swiftly ratted out the motives behind all these woeful little pictures cropping up with the regular monotony of sleepwalking Liberal and Labor politicians lining up like obedient lab rats for their little shot of Big Pharma poison. Read your doctors’  MIMs. Read your science. Stop making outrageous and unfounded sweeping claims such as above. Know your politics. And above all, LISTEN to and RESPECT your people.