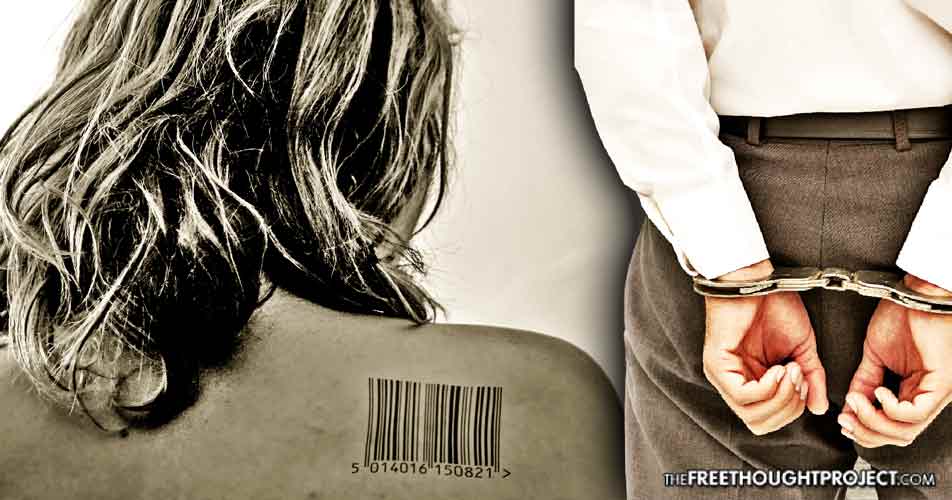 In what is begin hailed as one of the largest prosecutions of its kind in US history, dozens of high-level modern-day slave traders were indicted this week in the US for enslaving hundreds of young women. Spreading from coast to coast, authorities are calling it a sophisticated sex trafficking ring that forced hundreds of women to be “modern day sex slaves.”

Naturally, the root cause of the state finding the organization wasn’t the sex slaves — it was was the concealment of millions of dollars. This latest indictment goes after the money as outside of the conspiracy to commit sex trafficking charges, are the charges of conspiracy to engage in money laundering and operating an unlicensed money transmitting business.

“From coast to coast, IRS Criminal Investigation is determined to team with our law enforcement partners to track down the individuals who facilitate and launder the proceeds of sex trafficking crimes,” said Special Agent in Shea Charge Jones, during the original indictment in October.  “Those who seek to enrich themselves by exploiting the desperate circumstances of their victims will not be tolerated in our cities.”

The women were taken from Thailand and brought to the United States. They were forced to work as sex slaves and told they could buy their freedom if they paid off their nearly insurmountable bondage debts.

Acting U.S. Attorney Gregory Brooker explained the women were rotated through trafficking centers across the United States and “forced to have sex with strangers, even if the men were abusive.”

Sadly, this underground trafficking industry is allowed to thrive due to the United States’ prohibition on prostitution. Because those who want to voluntarily sell sex face the constant threat of being kidnapped and caged by the State, the world’s oldest profession gets pushed into depraved black markets rife with abuse and, as this case illustrates, slavery.

Alex Khu, special agent in charge of Homeland Security Investigations in Minneapolis, according to the AP, said his agency discovered the international ring after it began looking into a sex-trafficking case in the Twin Cities in 2014. Former Minnesota U.S. Attorney Andy Luger had made sex trafficking a priority and traveled to Thailand as part of the investigation. Luger was among the U.S. attorneys forced to resign in March, but prosecutors in the office have continued working this case, approaching it as they would an organized crime network.

As the AP reports, the conspiracy began in 2009, according to the indictment, with organizers bringing poor women who spoke little English from Bangkok to several U.S. cities, including Los Angeles, Chicago, Las Vegas, Phoenix, Minneapolis, Washington, Houston, and Dallas. The organization threatened to harm the women’s families in Thailand if they escaped.

“The victims were isolated. They typically did not have the ability to choose who they have sex with, what sex transactions they would engage in, or when they would have sex,” the indictment said.

The women were forced to have breast implants and the cost of the surgery would be added to their bondage.

Many of the arrests were the “house bosses” who ran the day-to-day operations of the modern-day slave quarters scattered throughout the US. The money launderers were also arrested.

While many high-level arrests were made, the indictment noted that those at the top of the trafficking ring remain at large. Although, one of the bosses of the organization was arrested in the first phase of the investigation and is in custody in Belgium. Authorities are working to extradite her to the U.S., Khu said, according to the AP.

While the indictment notes that this ring forced hundreds of women into the US to be sex slaves, it mentions very few who were actually rescued.

Human trafficking in the United States is a very real and horrifying problem. As the Free Thought Project has pointed out, the monsters behind this darkness are often upstanding members of society. Through their connections within the State, they are allowed to operate these modern-day slave trades with impunity. Just as this case illustrated, the State didn’t go after them until they suspected they weren’t getting their cut.

To see the true scope of this trafficking epidemic, take a scroll through our archives, at this link.

In the meantime, if you suspect someone in your town may be a victim of this human trafficking, you can get free materials at Blue Campaign site.

This site offers discrete tear cards that are easily hidden and have numbers for victims to call for later reference to be rescued. These materials are free and can be ordered at any time at this link.

Only until enough light is shined into the darkness will the cockroaches have nowhere to go. It is up to us to shine this light.

Matt Agorist is an honorably discharged veteran of the USMC and former intelligence operator directly tasked by the NSA. This prior experience gives him unique insight into the world of government corruption and the American police state. Agorist has been an independent journalist for over a decade and has been featured on mainstream networks around the world. Agorist is also the Editor at Large at the Free Thought Project. Follow @MattAgorist on Twitter, Steemit, and now on Facebook. This article first appeared here at The Free Thought Project.