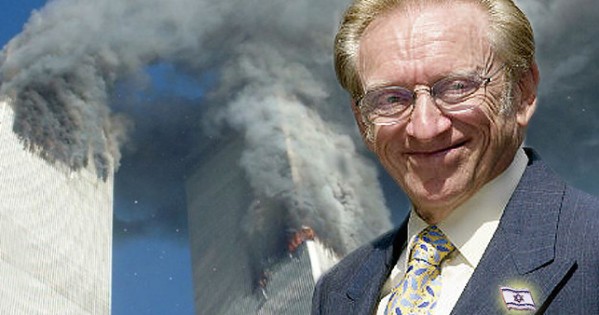 Did a plan to demo the World Trade Center complex exist before the attacks?
FacebookTwitterRedditTumblrGoogle+PinterestVK

(INTELLIHUB) The CEO of Silverstein Properties, Larry Silverstein himself who was the owner of the World Trade Center when it was destroyed on Sept. 11, 2001, gave a speech in which he admitted to attendees that the new 7 World Trade Center was already designed and planned for in 2000, over a year before the September attacks involving ‘hijacked jet liners’ ever took place.

So why the new design?

At the beginning of the millennium, the infamous New York businessman had lease obligations to pay the Port Authority $120 million dollars a year for a term of 99-years.

Did Silverstein want out?

Silverstien admitted that his lease term seemed like “forever.” So if were were putting 2 and 2 together I would bet so. However, judging by his statement it’s guaranteed in my humble opinion.

“I had to rebuild, like kind, like quality, and I had an obligation to collect the insurance proceeds from the policies because that’s the only place that money could come from, was from the insurance proceeds,” he explained. “[…] when the antennae come down from the top of the North Tower it went right through the facade of 7 World Trade Center and started a fire and by the end of the afternoon the building just collapsed.”

The businessman recounts the attack

“Everybody was moving out of Lower Manhattan,” Silverstein said, appearing to have recounted the day of Sept. 11, 2001, after the planes struck. “Everybody wanted to get out of there. It was as if somebody said ‘if you’re the last one out please turn out the lights,’ it was terrible.”

Silverstein’s comments lead some to believe that he ordered the demolition of WTC 7 on Sept. 11, 2001, after seeing a gaping hole in its side. Silverstein later admitted that he told firefighters to “pull it” which is commonly used demolition industry terminology meaning: to demolish the building.

The new and improved 7 World Trade Center (7 WTC) has a sprawling 1,700,000 of tenant space and was completed in 2006 after being fast-tracked by Silverstein so it could be rented to new and fearless tenants.

A reported 2,650 people were killed in the complex as the result of the attack.

“The first design meeting was in April of 2000 and construction began shortly after that in 2001,” he admitted.

Shepard Ambellas is an opinion journalist, analyst, and the founder and editor-in-chief of Intellihub News & Politics (Intellihub.com). Shepard is also known for producing Shade: The Motion Picture (2013) and appearing on Travel Channel’s America Declassified (2013). Shepard is a regular contributor to Infowars. Read more from Shep’s World. Follow Shep on Facebook and Twitter.