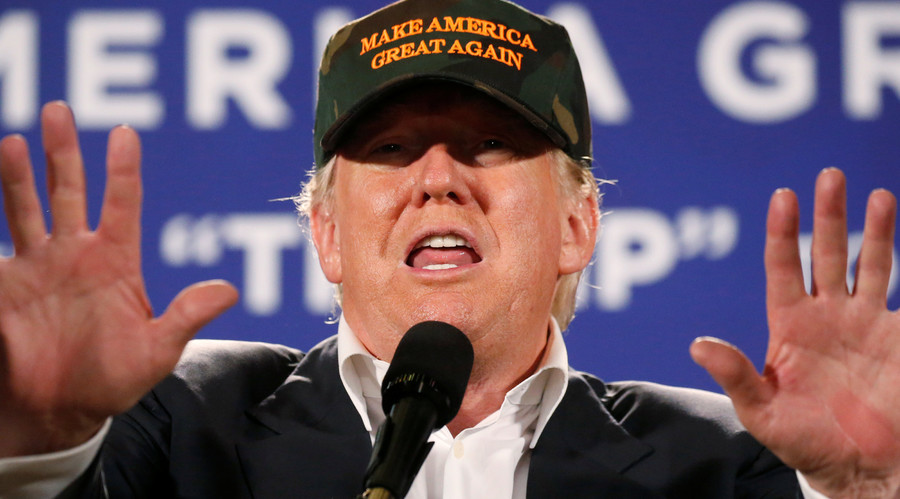 Myles Hoenig, a Green Party candidate for Congress, made the remarks in an interview with Press TV on Saturday while commenting on reports which said US Electoral College electors will not receive an intelligence briefing about alleged Russian interference in the November 8 presidential election.

All 538 electors will convene at governors’ offices and state capitols across America on Monday to officially elect Donald Trump as the 45th president of the United States.

Fifty-four of the 232 Democratic electors have called for a full intelligence briefing about the extent and purpose of Russia’s purported intervention in the US election before the Electoral College’s vote, according to reports.

“The electors who are clamoring for an intelligence briefing into alleged Russian hacking before they vote this coming Monday are grasping at straws. Gathering all 538 electors together for such a briefing was problematic to start with. And since so many would be needed to get a security clearance, the briefing would be that, brief and superficial,” Hoenig said.

“Those that will not be voting for Trump are Democratic Party insiders picked by the party to be the electors. There is no public election for these individuals. There are only a very small handful of Republican electors who will not support Trump, who are considered ‘faithless’. Yet their numbers are inconsequential to the outcome of the vote this Monday,” he stated.

“What happens after Trump is officially elected will be for the House of Representatives, in the hands of the Republicans now and after Jan 6, to certify the results, paving the way for his inauguration on January 20th. After that, the aftershock of his coronation takes hold,” he stated.

The analyst said that “the anti-Russian, red-baiting hysteria will continue. Any investigation will be muted on whether they were involved in effecting the outcome of the election and likely focus more on its and Putin’s ties to business deals within the US.”

“The GOP has a serious problem on its hands with the calls for impeachment already being sounded over everything from the future secretary of state’s financial ties to Russia to Trump violating the Emoluments Clause of the Constitution. The Democrats want Trump out, forgetting that Vice President Pence is far more reactionary than even Trump, and many Republicans fear a disastrous 2018 election, as a reaction to Trump’s first 2 years,” he noted.

“Overall, things are in motion and whether there were to be intelligence briefings or not before the electors vote this Monday, the outcome is assured and what happens next is unknown,” the commentator concluded.