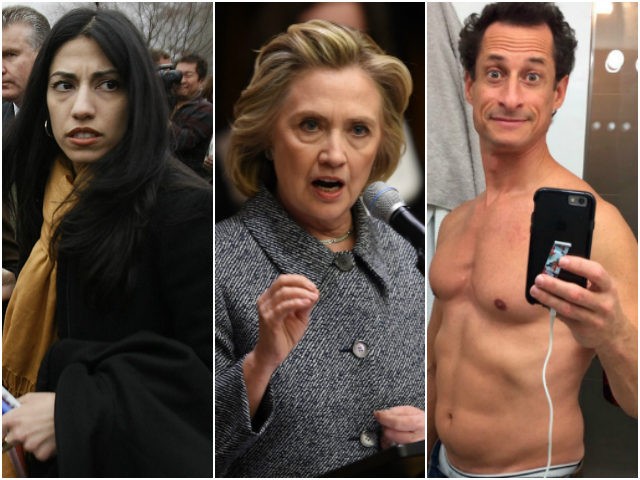 [Editor’s Note From Alex Jones: We didn’t originate these stories nor did we originate the Wikileaks emails and any related police investigation.

Infowars has been following Wikileaks very, very closely and have gone to great pains to authenticate the providence of the documents. The below emails appear to be real and accurate. This information is obviously very painful and horrifying to look at, but is something we have to do if we want a culture and society that is healthy.

Many of these emails are likely simply innocuous and people may be reading things into them that aren’t there, so we are in no way trying to imply that everyone in these emails are connected to Pedesta or to the criminal investigation into Anthony Weiner over the alleged sexting of a 15-year-old girl that reopened the investigation into Hillary Clinton. But when you tie the pedophile island, the Jerry Epstein connection and all the other related histories, this is something that has to be shared and investigated in the interest of children.

It is also important to note that other great journalists and researchers have been leading with their coverage of this information, which is now in the public domain, and we are continuing it analyze it as new revelations come in.]

The Clinton campaign and its associates sought out underage children for “entertainment” at a hot tub party and made strange references to “hot dogs” and “Beanie Babies” in emails which may contain code for pedophilia or other illegal activities, according to investigative researchers.

Law enforcement sources have asked the public to point out potential code words for “weapons, drugs and people” in the emails released by Wikileaks – and evidence of child sex trafficking would explain why the FBI reopened their investigation into Hillary Clinton despite severe political blowback.

Be warned: while these emails could refer to non-sensical, inside jokes, that’s not the conclusion of many of those who’ve seen these bizarre emails – and there’s hundreds.

An Oct. 2015 email inviting members of the campaign to a rural getaway pointed out that three children ages 11, 9 and almost 7 would be supplied for entertainment.

According to the email:

With enormous gratitude to Advance Man Extraordinaire Haber, I am popping up again to share our excitement about the Reprise of Our Gang’s visit to the farm in Lovettsville. And I thought I’d share a couple more notes:

We plan to heat the pool, so a swim is a possibility. Bonnie will be Uber Service to transport Ruby, Emerson, and Maeve Luzzatto (11, 9, and almost 7) so you’ll have some further entertainment, and they will be in that pool for sure. And with the forecast showing prospects of some sun, and a cooler temp of lower 60s, I suggest you bring sweaters of whatever attire will enable us to use our outdoor table with a pergola overhead so we dine al fresco (and ideally not al-CHILLo).

The FBI and NYPD have reportedly opened up an investigation into sex crimes linked to Hillary Clinton.

Remember, all this started after the FBI and NYPD began looking into Clinton insider Anthony Weiner’s alleged sex crimes – and the investigation hasn’t stopped at Weiner.

The NYPD was ready to make arrests in the Weiner case and wanted to do a press conference announcing the warrants and the additional arrests they were making , but received “huge pushback” from the Justice Department, according to Blackwater founder Erik Price who had insider intel.

And it’s worth noting that Clinton campaign chair John Podesta practices bizarre occult rituals, including “spirit cooking” involving blood and semen which is described as “a sacrament in the religion of Thelema that was founded by English occultist Aleister Crowley.

Another email in particular about a “Beanie Baby” fire sell sent to the Clinton campaign from the Georgetown Law announcements board seems innocent at first, but raises questions upon investigation:

Georgetown Law Faculty and Staff, My parents are visiting this weekend, and I need to sell my enormous collection of beanie babies! I’ve approximately 480 little creatures of joy, and I’m selling each one for $20.00. You must buy all 480, though. It is a collection (not an auction)… They are very respectful and amicable with one another, and they are (for the most part) cat and dog friendly. Some are sassier than others, naturally. Please let me know! My parents can’t find out.

If you take the email at face value, a middle-aged lawyer wants $9600 up front for 480 stuffed animals who are “cat and dog friendly” and have human personalities (“some are sassier than others”) because his “parents are visiting this weekend” and they “can’t find out.”

But here’s the thing: the Beanie Baby fad died out over a decade ago. Most Beanie Babies are now worth way less than $20 a piece, which is the advertised price in this email.

This would be like someone buying 500 baseball cards at $20 a piece without knowing if any of them are even valuable. One card might be worth $100, and the rest only a penny.

And typically, when someone is selling an entire lot of collectable items, such as baseball cards or rare Beanie Babies, he’ll list a few of the most rare, collectable ones in the lot, but you don’t see that in this email.

Ask youself, would you pay $9600 for a collection of baseball cards that the seller could have just easily picked up at the grocery store for $10? Of course not.

“Random beanie babies (since author didn’t bother to mention any specific dolls to justify the valuation) – in a large lot like that would barely fetch $1000,” one researcher said.

Besides, who in the hell is going to spend nearly $10K all at once for a load of 90s-era stuffed animals which could fill a small apartment? Unless you’re reselling them on eBay, but like I said, most of them aren’t worth $20.

Another red flag: the asking price is just below $10K, and according to the Bank Secrecy Act, anyone who receives more than $10K in a cash transaction must report the exchange to the IRS.

This is what got former House Speaker – and admitted child molester – Dennis Hastert caught when he attempted to make a payoff to keep someone quiet about his crimes.

Going back to the email, it’d also seem easier to just rent out a storage unit to store “Beanie Babies” instead of trying to sell nearly 500 of them all at once to middle-aged political insiders – a very narrow range of potential buyers who probably don’t collect stuffed animals like their grandmothers.

The seller attached a picture of a Beanie Baby collection to the email, but using a reverse image search, the image appeared to be a publicly-available photo that appeared on several blogs as far back as Oct. 2014 and perhaps even earlier. The seller’s email was dated June 2015.

A Vietnam-era political activist said the email was similar to the “code word” ads he used to place in newspaper classifieds.

“We frequently had to move ‘packages’ of different types (political materials, stolen/copied files from gov’t agencies, and some groups moved draft dodgers through Boston going to Canada, of course), and we’d place our ads in the classified sections of free newspapers and on bulletin boards,” he said. “Heck, I still remember my group’s code words. The more things change, the more they stay the same.”

As far as the 480 Beanie Babies for sale, he said 480 was likely also a code word and not an actual quantity.

And a former weed dealer said this is how he’d translate the email (the original shown first):

Georgetown Law Faculty and Staff, My parents are visiting this weekend, and I need to sell my enormous collection of beanie babies! I’ve approximately 480 little creatures of joy, and I’m selling each one for $20.00. You must buy all 480, though. It is a collection (not an auction)… They are very respectful and amicable with one another, and they are (for the most part) cat and dog friendly. Some are sassier than others, naturally. Please let me know! My parents can’t find out.

Georgetown, the heat is on this weekend, and I need to get rid of my stash. I’ve got about 48 little “creatures” (I don’t even want to speculate) and they go for $20,000 each. You must get all 48, they’re priced as a lot, not per item. They’re ok to keep together, (cats and dogs only makes me think men and women), and some are intense. Hit me up on the down low.

Other strange emails sent to Podesta include cryptic references to “pizza,” “hot dogs,” “pasta” and “walnuts,” which are fueling speculation they are code words from criminal activity – including child molestation:

Please read this Podesta email. Is this code for something SICK? #Trump #MAGA

“Cheese pizza” in particular is an on-line code word for child pornography, and strange out-of-place references to pizza keep appearing in the Podesta and other leaked government emails.

For example, an email from the 2012 Stratfor email leak said the following:

RE: Get ready for “Chicago Hot Dog Friday”
If we get the same “waitresses,” I’m all for it!!!

From: Fred Burton [mailto:burton@stratfor.com]
Sent: Thursday, May 14, 2009 2:39 PM
To: ‘Don Kuykendall’
Cc: ‘Aaric Eisenstein’; ‘Darryl O’Connor’; ‘Copeland Susan’
Subject: RE: Get ready for “Chicago Hot Dog Friday”
I think Obama spent about $65,000 of the tax-payers money flying in
pizza/dogs from Chicago for a private party at the White House not long
ago, assume we are using the same channels?

From: Don Kuykendall [mailto:kuykendall@stratfor.com]
Sent: Thursday, May 14, 2009 1:59 PM
To: ‘stratforaustin’
Subject: Get ready for “Chicago Hot Dog Friday”
To celebrate all you hot dogs out there. Aaric, you can participate as
well!

It’s also worth noting that Salon.com, a left-wing media site, promoted “pedophile rights” in a 2015 article by a self-described pedophile asking Americans to “learn to accept” pedophiles and be “understanding and supportive” of their “sexual orientation.”

“So, please, be understanding and supportive,” pedophile Todd Nickerson wrote. “It’s really all we ask of you.”

It certainly appears that leftist authoritarians in the government and media are now pushing pedophilia as a new, avant-garde movement the public should just accept without question.