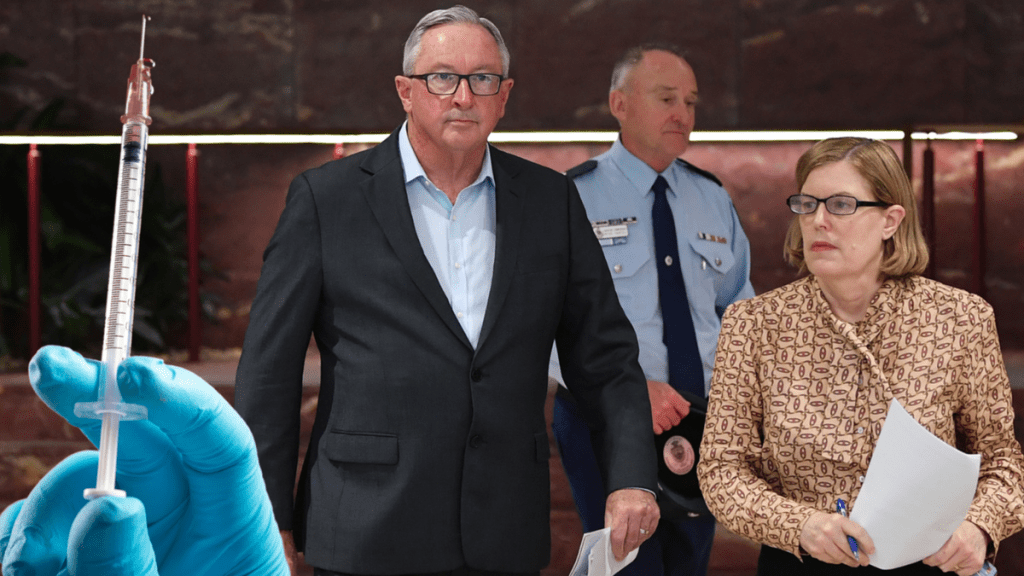 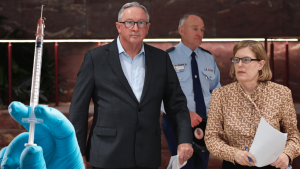 A Sydney law firm has commenced a legal challenge against public health orders and mandatory vaccine pushes in the state’s highest court this morning.

More than 19,000 people tuned into the online commencement hearing, as the court heard over 300 pages of written statements have been tendered with this claim.

During Episode #68 of the General Knowledge Podcast, we asked the question: Where are all the genuine lawyers out there that will actually take this continued authoritarianism to the courts?

We had heard of ‘class actions’, ‘Nuremberg trials’ and many petitions, but a distinct lack of actual legal proceedings had yet to occur — presumably because most human rights commissions subscribe to the mainstream narrative that ‘your rights end when you endanger others’.

As a result, they fail to see the need to challenge the actual evidence that anybody is in danger, or that these lockdown measures are even justified to begin with.

However, one firm has stepped forward to answer the call.

A legal challenge against mandatory COVID-19 vaccines and extended police powers has been launched in the NSW Supreme Court this morning.

The matter was heard for the first time during an introduction session today (in full below).

The Law firm, Ashley, Francina, Leonard & Associates — of whom Nikolic is Managing Director – argues that the public health orders requiring “a broad class of workers” to be vaccinated are illegal and unconstitutional, as are the extra powers granted to police to enforce public health orders.

The suit will seek a declaration that NSW public health orders are invalid and a ban on any further orders made by Mr Hazzard and Dr Chant.

It is our view that vaccine compulsion strips citizens of their basic human rights, including their right to work, their right to bodily integrity, and their right to informed consent to medical treatment without coercion.

No one is above the law, including ministers and public health officers.”

In a post to Facebook on Saturday, Nikolic praised Australians for their opposition to mandatory vaccinations and lockdowns, stating that the firm will fight for the rights of citizens

“You are born free, free to choose, freedom from arbitrary detention, freedom of bodily integrity – don’t give it away for free,” he said.

He ended the post by saying: “Don’t be bullied.”

The back half of the year sets to be very interesting with this new development.

More than 19,000 people tuned into the live-streamed hearing this morning, as the court heard over 300 pages of written statements have been tendered with the statement of claim.

The first seating began at 10am this morning, and this session can be viewed in full below:

Nothing special was achieved today, as was expected with the opening procedures.

The defending side claims they have not had enough time to read the 300 pages of affidavits and arguments brought forward by the firm to them.

The material seeks to raise a number of questions about the validity or unreasonableness of the NSW legislation, and at least three questions relating to the constitution, Justice John Sackar said.

The case has been adjured until Wednesday next week, in which the judge has asked both parties to come to an agreed set of questions, and to decide if there are any legal objections to the lodging.

Finally – and perhaps most importantly – the Commonwealth is seeking to have Brad Hazzard and Kerry Chant removed from personal litigation in this case.

“I now have instructions to seek to have them removed as parties in the matter … the state of New South Wales is a party that is the more appropriate for it,” defending lawyer Megan Caristo said.

It was a “sensible” point, Justice Sackar said, asking lawyers acting for the plaintiff to consider it before a hearing at 9am on Wednesday.

TOTT News will be following this case and will provide updates to readers as it happens.

Make sure you are subscribed to the website to keep up-to-date.