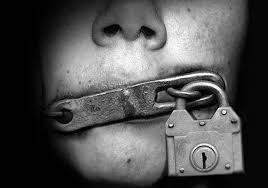 Logan City Council just south of Brisbane has banned the film Vaxxed from showing at any of their Council run venues.

(RealNewsAustralia.com) The Murdoch run mainstream media outlet The Daily Telegraph ran yet another pro-vax hit piece on November 26 this time trying to deliver their own brand of propaganda straight into readers veins like the vaccines they push.

And if you can manage to get through their poor excuse for journalism it goes on to make even more misleading and incorrect statements. But let’s first inject some facts into them.

1) Vaxxed isn’t an anti-vaccine film. That’s yet another lie the MSM pushes on the unsuspecting public to form a predetermined opinion in your mind.

2) At no time was the film said to be held at the Kingston Butter Factory (a Logan City Council venue). This was never said by the event organizers (The AVN, myself and my colleague Andy).

3) Because the venue for the film remains a secret to this day how could so-called “leaders” and “medical experts” criticize it for being played at a Council venue?

Their atrocious propaganda piece goes on to talk about how they, The Daily Telegraph, championed the effort to have it pulled.

After pressure from The Sunday Telegraph, Logan City Council has banned an anti-vaccine group from using a council property for the film’s Australian debut.

So Murdoch’s minions are actively trying to shut down this film from being shown. Makes you wonder why doesn’t it?Conflict of interest perhaps? What’s in it for them to so heavily promote vaccination and at the same time vehemently go after anyone who disagrees with their agenda?

Reading further into their article they state…

Truth Flicks which claims to be “a Brisbane based group designed to bring like minded people together to experience thought provoking films that expose corruption in science health and mass media,” regularly uses the venue for its films and has advertised Vaxxed on its website.

Let’s quickly break this down…

1) Truth Flick is only a very small Facebook Page with less than 70 likes! It was only set up a few weeks ago by my colleague Andy as an offshoot to the Real News Australia FB page for cross promotion purposes. It’s aim is bringing people together like they quoted from the FB page bio. It’s not a website. Nor did the author of their hit piece, Jane Hansen, attempt to contact us for a quote or statement. They wanted a completely bias article. Which they gave.

2) Truth Flicks or RNA DO NOT regularly use that venue. We have only had one film event there.

3) We didn’t advertise Vaxxed as being held at the Butter Factory on our website or FB pages for that matter.

This could literally go on all day. There are countless inaccuracies and misleading statements in their article. It’s yet another disgusting piece of trash that needs to be ignored. Which is why I won’t link to it in this article.

But maybe that is what’s really going on here. The mainstream media seems to be cranking up the propaganda meter to 11 more and more.

The Logan City Council has also shown their hand and proven to its constituents that their desire for the public to exercise free speech and freedom of expression is only allowed if you’re toeing the Murdoch media mantra. How dare we allow the public the right to think for themselves huh?

Oh and by the way folks the Queensland Film Premiere of Vaxxed is still going ahead. It was never stopped. The best part is when we talk to possible venue locations about the controversial nature of the film and how the “powers that be” along with Murdoch’s minions might push to have it banned, it only makes them want it there more!

How does that old saying go? “There’s no such thing as bad publicity”. All the tickets were sold in a matter of hours. Looks like the people have spoken. There will be have to a second and possibly third screening to keep up with demand!