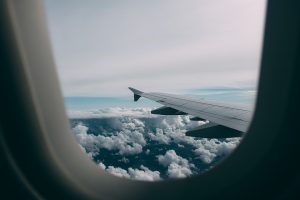 As most regular readers of this website are aware, I’m fascinated by the story of Malaysia Air Flight 370, the flight that for all intents and purposes disappeared in March, 2014 under circumstances that can only – to this day – be described as bizarre. This article, shared by Mr. S.D., updates the story a bit, and in the process, only fuels more speculation about why this flight continues to be such a mystery:

‘Something doesn’t smell right’: Fears Malaysia does not want to find MH370 as death threats and an assassination prevent debris from the missing jet being handed in

As the article notes, many speculations about how and why the flight disappeared have been advanced, and most regular readers here will be familiar with them. The first and most popular theory was that the plane was either hijacked, or that the pilot went nuts and plunged the plane into the Indian ocean. On the “hijacking” side of things, some advanced the idea that the aircraft was taken over remotely. From that simple premise, many theories were advanced: it was flown to the US-UK base at Diego Garcia in the Indian Ocean. One US general actually appeared on FOX news and advanced the idea that it was flown to Iran, where it was landed, and repainted for use in a terrorist operation. Variants of this theory had Vladimir Putin (of course) behind the whole thing and some connected flight 370 to the Ukrainian shoot-down of Malaysia air flight 17 not much later. Matters were not helped when it was discovered that there were a number of American technicians from a Texas-based computer technology firm on board the flight, and when it was discovered that the firm had alleged ties to the Rothschild interests. Further speculations were fueled by these revelations, including the idea that the USA took the flight down because it did not want secrets sold to China. Matters were not helped by the eyewitnesses, some of whom reported that the flight had turned and was flying back over the Malay peninsula to the southeast, i.e., in a direction far from the presumed crash site off western Australia. Others had it exploding over the south China sea, and China itself offered a satellite photo of what appeared to be “something” in the South China Sea which it assumed was the missing flight. It wasn’t, and China later retracted the photo. At the time, I thought this whole satellite episode was suspicious, since it appeared that China may have been sending messages: anyone with surveillance satellites in the region may know what happened to it. And that, of course, reduces the suspects to “the usual players.”  And of course, amid all this early confusion, I appeared on the late George Ann Hughes’ The Byte Show and offered the most outlandish speculation of them all, that the flight had simply gone “poof”, the victim, perhaps, of some very exotic technology. I warned at the time that I’d be very suspicious of any reports of a crash in the Indian ocean, which would make recovery of debris problematic. I also warned of the possibility of the deliberate “salting” of a debris field, in order to maintain control of the narrative.

Since that time, I’ve gone back and forth on my “poof” hypothesis, but I remain wedded to the possibility that an exotic technology might be involved. For example, last week I blogged about the most recent appearance of “sonic attacks” against US embassy and consulate personnel, this most recent incident being in China. In that blog, I pointed out that the book Secret and Suppressed, edited by the late Jim Keith and published by Feral House, contained a section on the use of such technologies to cause airline disasters by, in effect, enhanding metal fatigue by “vibrating” aircraft beyond their ability to damp, by means of microwave interferometry (which would have to be enormously powerful in terms of the required energy). Similar techniques can be used to manipulate the mind. It is, in short, a potentially very powerful, and very versatile, technology, and one which one would want to keep secret, or at least, from public view of connection to events such as this.

Which brings me to today’s article.

A wreck hunter’s claims that authorities are not collecting debris from MH370 have raised fears Malaysia does not want to find the missing plane.

Aviation expert Geoffrey Thomas described the situation as strange, and questioned why Malaysia is not interested in debris gathered by locals on Indian Ocean islands.

Mr Thomas said Seattle lawyer Blaine Gibson has been the victim of death threats and intimidation ever since travelling to Madagascar to look for the airliner.

“It doesn’t smell right, I’m certainly, absolutely, not a conspiracy theorist, I don’t buy into that stuff, but there is something not right here,” he said.

“If Malaysia is really serious about finding this airplane then they should be paying, as Blaine suggests, a reward for debris handed in.”

Among the debris collected by Mr Gibson were two pieces he planned to hand over to Malaysia’s honorary consul in Madagascar, Zahid Raza, in 2017.

Just two days before he was due to collect the debris, Mr Raza was allegedly assassinated, breathing fresh life into MH370 conspiracy theories.

Mr Gibson has also been the subject of death threats, and has been targeted by online campaigns set up to threaten and ridicule him.

“For whatever reasons, some people are very upset that I and other private citizens are finding pieces of the plane,” he said.

So there you have it: individuals who are helping to find alleged debris from the wreckage are subject to death threats, and there has been at least one death, of Mr. Zahid Raza, which I blogged about at the time, and who, yes, I believe was deliberately assassinated to keep some secret about the fate of the flight from becoming known. So the question is, why issue death threats against people who are merely collecting debris? More importantly, what kinds of warnings, if any, are conveyed in such threats? Are the threats genuine, or are they being used to direct attention to the importance of gathering, and then closely analyzing, the debris?

Either way one parses this, the threats indicate that something is very wrong with the current “narrative” of the flight. (And I put “narrative” in quotation marks because, unlike most official narratives, this one remains, at best, threadbare to the point that one is stretching the term “narrative” itself. It’s like a novel – say, Atlas Shrugged – where there only a few scattered snippets of many lengthy chapters, totaling about 50 pages, taken from all parts of the novel.)

So why is debris so important that merely collecting it merits death threats?

The mere presence of threats around debris is important because debris will not tell, one way or the other, whether the pilot “went nuts” and deliberately crashed the flight, or whether it was hijacked – either in person or remotely – unless the debris reveals a modality by which the flight was otherwise brought down. It might reveal, perhaps, telltale signs of metal fatigue throughout the aircraft that would point to the use of an exotic “electro-sonic” technology. It might, similarly, reveal deliberate pre-flight sabotage of a more mundane sort. Recall only the stories of some hearing explosions. Either way, it would reveal who had access to either exotic or mundane means of its destruction, and therefore, who, ultimately, was behind the tragedy, and why. And I suspect it’s the latter that they are trying to cover-up, and protect. And no, I do not suspect the Malaysian government is the major player here.