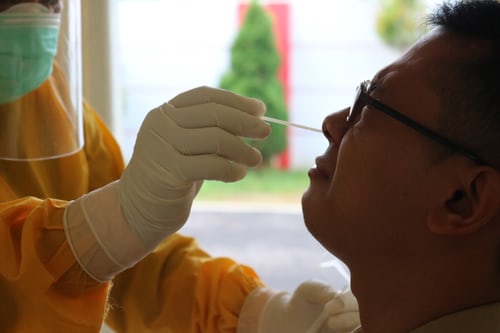 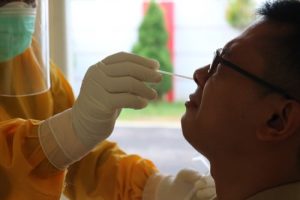 A man’s coronavirus test has gone horribly wrong and caused his brain to leak out of his nose.

The man, 40, from the Czech Republic, received a Covid-19 test in March last year.

There were concerns the man had been exposed to the virus by a woman who had tested positive five days earlier, according to his case in JAMA Otolaryngology–Head & Neck Surgery.

He received the test at home and he did not have coronavirus.

But he did have a “nasal discharge” from March through to December.

“During this period he did not report any signs of meningitis,” researchers wrote.

“The first examination at an ENT specialist was done in December 2020, 9 months after the first symptom appeared.”

ENT specialists deal with the head, throat and neck.

The doctor looked at his nose and found “clear nasal secretion” so a CT scan was ordered. It was determined he had a cerebrospinal leak.

He was given antibiotics and went under the knife. The man was instructed not to blow his nose.

He returned three weeks later and the only symptom was issues smelling out of the right side of his nose.