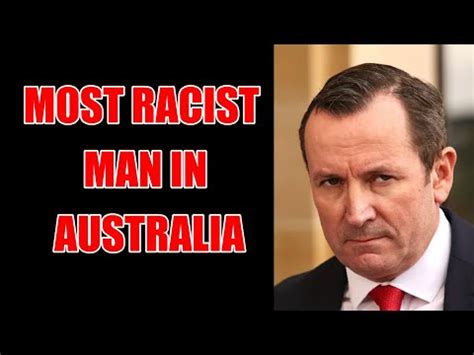 THE MOST RACIST AND DANGEROUS MAN IN AUSTRALIA

Mark McGowan had an indigenous elder translate his message from English to “Aboriginal-English.”

McGowan is a disgusting liar and a sociopathic con man who is using the COVID-19 PSYOP to drive a dagger through our human rights and democracy.

This dirty parasite seems to think that he is totally above the law and can shut the state of Western Australia off from the rest of the country like a crazed pirate stealing a ship.

McGowan is ruthlessly targeting indigenous communities with mRNA clot shots while he desperately continues to control the state with brutal force.

Mark McGowan is a domestic terrorist and a dangerous threat to our freedoms and the people of this great nation must stand up to this gutless thug now!!!!

2 thoughts on “Mark McGowan is a racist dictator”