READ MORE AT THE LAST REFUGE

This is a huge development in the battle for freedom in Victoria, Australia.  It cannot be overstated. 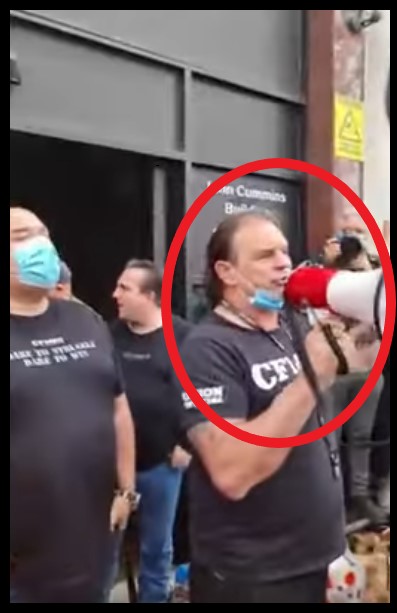 The Construction, Forestry, Maritime, Mining and Energy Union (CFMEU) has declared war against their own leadership, John Setka (left, circled), for not fighting against the mandatory COVID vaccine.  As he was attempting to hunker down in his office headquarters, union boss John Setka physically came under attack from his own union membership over his political relationship with Victorian Premier Daniel Andrews.

This is the U.S. equivalent of AFL-CIO members launching a violent uprising against former union President Richard Trumka; and then Trumka running to Joe Biden for help and protection from his own membership.

The CFMEU members are the heavy-hitting blue-collar construction and dirty fingernail workers, and the leadership of the CFMEU are the thug-like mobsters who run the union.

When CFMEU union boss John Setka tried to weasel his way out of the confrontation things turned violent. The members have had enough of the lockdowns, ridiculous COVID regulations and now the forced vaccinations. Setka shouted, “What do you want me to do, shut it down?” The members erupted in cheers. Yes, that is exactly what they want. [09:54 of video below]

The union members want their leadership to fight for them; to use the power of the union labor movement to shut down industry and bring the government to heel. The righteously angry members, turned freedom fighters, want to force Victorian Premier Daniel Andrews to back-down from his totalitarian dictates, and stop the mandatory vaccines that create two classes of people. 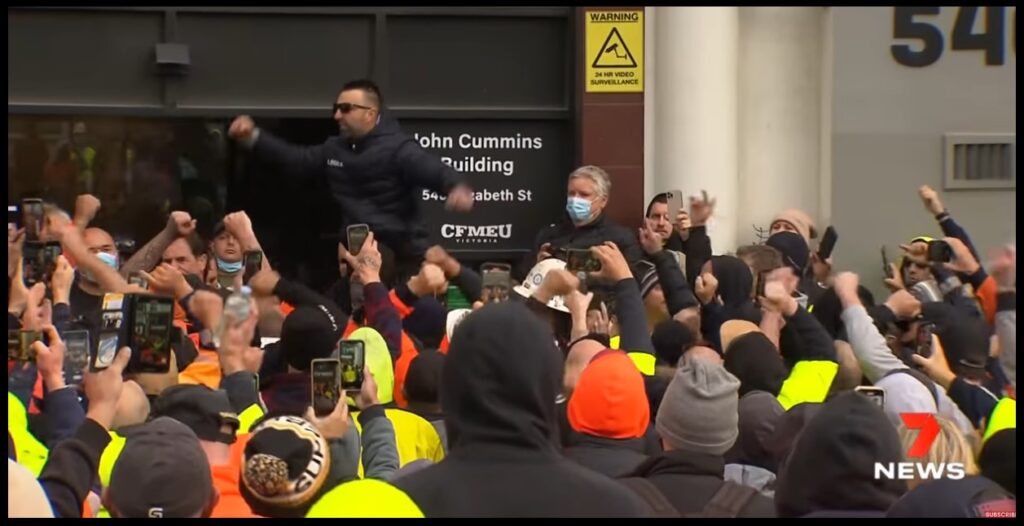 The trade union members recognize their leadership is politically corrupt and supporting the totalitarian rules of the government. After things turned violent, Setka was forced to retreat to his office and position his foot-soldiers at the doors to protect him. The members launched a full frontal assault on the building, smashing windows, throwing bottles and forcing Setka’s thugs to run back inside.

Trapped and under assault from his own members, John Setka called for police and riot squads to rescue him from his own members. The riot police showed up in their ninja turtles uniforms and started firing rubber bullets and tear gas at the angry union members in the crowd. The workers fought back as hundreds of police units arrived to secure the building and attempt to form a defensive ring around the CFMEU building. Suffice to say, John Setka and Premier Daniel Andrews clutched their pearls and called the angry union workers a violent mob.

In an attempt to save face and give the appearance of having control over the situation; in a transparently political move; Premier Daniel Andrews then announced a retaliatory shutdown of the Victorian construction industry for two weeks. Essentially Daniels is trying to lockdown the CFMEU members, before the CFMEU members could strike.

Daniels and Setka know the members have the power in this scenario – so, they are trying to avoid the political optic of having the construction industry workers strike and lock down the economy, by being proactive and shutting down the industry. It is a face saving maneuver meant to give the illusion of power. However, shutting down the industry is what the union members wanted Union President Setka to do.

This is a very interesting development. If the heavy-hitting labor unions start striking back against government leadership they previously supported and installed, the entire dynamic of power shifts. We must keep watching this closely because this is also the dynamic we could see play out in the United States, only on a much larger scale.

This first video is the attempt of John Setka to appease the angry members.  [Cued to the point where he asks if they want him to shut down and strike]

Here’s the portrayal on Australian media including the detached and elitist response from Setka and Andrews: 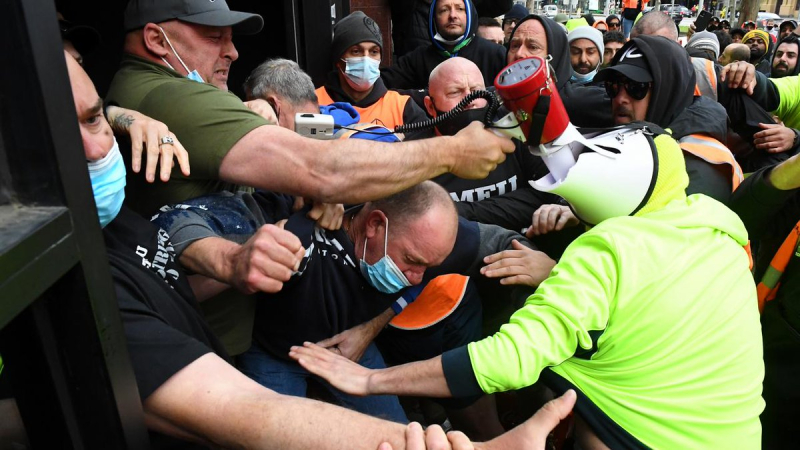 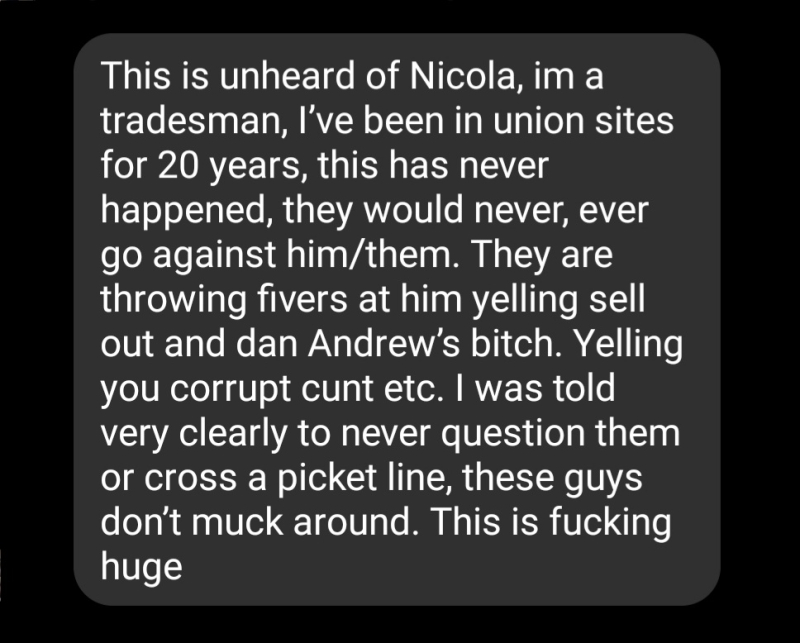 Here’s the Daily Mail article about it – SEE HERE: