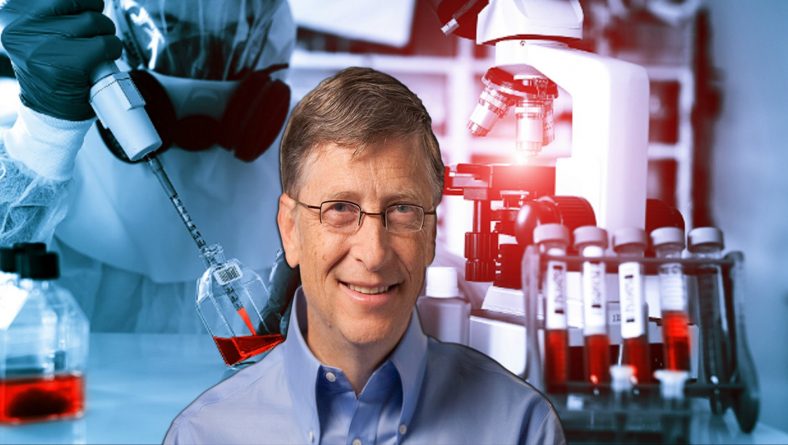 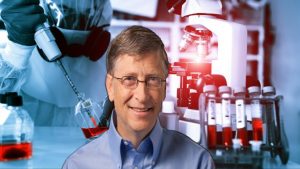 The vaccine industry has slowly grown into a monster that primarily feeds on children in order to expand its current toxic empire. MenAfriVac is the latest concoction being peddled by the industries inoculation police funded primarily by the Bill & Melinda Gates Foundation. The Gates had provided a 10-year grant to create the Meningitis Vaccine Project (MVP) which quickly gained the approval from the WHO (World Health Organization) & PATH (Program for Appropriate Technology in Health) both of which are elite eugenic agencies. They would lead the development, testing, licensure, and widespread introduction of a conjugate vaccine that could be transported without the need for refrigeration and would cost less than .50 cents per dose.

Imagine how happy the control freaks in charge of population reduction must feel to know that it only cost half a dollar to create new customers for their medical death care system. Over 500 children living in a small village in Gouro, Chad are the victims of the vaccine industries current experiment called MenAfriVac. After administering the vaccine health officials noted that children started to cry some went into seizures and over 40 children became paralyzed.

This particular vaccine is the first of its kind to be used in areas where refrigeration is limited and temperatures exceed the normal parameters of traditional vaccines. The meningitis vaccine project claim the vaccine can be used at temperatures up to 40°C or 100°F. When examining the insert provided by the World Health Organization on the meningitis vaccine it states that the vaccine should be kept at temperatures of 2°-8°C or 35 to 46°F. The insert also states that the vaccines containing thimerosal a mercury-based preservative that is toxic to humans and is known to cause neurological disorders.

Vaccinations are designed to damage and weaken your immune system in order to create more customers for the pharmaceutical dictatorship that has grown up around us through the use of eugenics and population control. The medications and vaccines being distributed on a daily basis only go to further the profit margins of corporations that seek to turn people into patients and being alive into a diagnosis. These medical Manchurians are marching to the tune of money and care less for the safety and well-being of your children and more for the all mighty dollar which goes to further their illustrious snake oil campaigns.

People are getting sicker and sicker…and it is getting more and more difficult to help them recover. The norm in any medical practice has always been, “100% of what you do helps 80% of your patients.” It’s the puzzling 20% that keeps us going to conferences, looking for new/different solutions. But that rule doesn’t seem to apply anymore. It seems like 100% of what we do helps about 40-50% of patients. They have deeper disturbances, more complex issues. Their genes are beat up. Their livers don’t detoxify and their lymph/WBC/immune system is crippled and stagnant.

I point to vaccines first (babies get shot up before you eat) coupled with pesticides (not just glyphosate) and the tons of aluminum in our soil, water and air (from geo-engineering.) Of those, the ‘easiest’ thing to correct is STOP VACCINATING. PERIOD. NO HEDGING OR WAFFLING. EVER. AGAIN.

With all the evidence on MANY websites and FB pages; with all the published research papers DOCUMENTING the travesties caused by vaccines; (FYI:www.VaccineResearchLibrary.com now has >7000 articles, abstracts and links from mainstream medical journals); with all the documentaries such as BOUGHT, The Greater Good, VAXXED, and others; with the MANY books now, cataloging vaccine disasters…. If that’s not enough to say ENOUGH, what will it take to get there?

If the people here in this group – and others we know – CANNOT or WILL NOT stand up and BOLDLY declare “YES – We are against vaccines and THEY MUST END” – WHAT WILL IT TAKE??? We are willing to exchange chronic disease and possibly death to avoid a few days or weeks of inconvenience…?? A fever. A cough. A rash. Some Diarrhea – for most who have “vaccine-preventable” infections. And please stop calling these childhood illnesses “diseases.” They are a short-term infection – NOT a debilitating long-term disease.

How many more babies, kids and adults must be maimed or die from injections of these vile, contaminated solutions before we scrape the last bits of scales from our eyes and realize that this ENTIRE INDUSTRY is based on 200 years of lies, greed, political manipulation, human experimentation? What will it take for everyone here – and elsewhere – to STEP UP and BE BRAVE, as Del declared in his July 1 speech –

TPTB are so urgently trying to CONTAIN this erupting revolution that they are now trying to take away our first amendment rights, saying the “anti-vaccine talk” is nearly as harmful as shouting “fire” in a movie theater. They want to stop all vaccine conversations that are not singing praises for what is coming through that needle. http://www.jpe.ox.ac.uk/papers/going-viral-vaccines-free-speech-and-the-har…

What is everyone so afraid of? A label? Perhaps we need strategies for THAT: Overcoming the fear of retribution…..?

If we are not willing to stand up, to speak out….in an attempt to save the human genome, and the next generation of humans on the planet from utter annihilation, then why are we even bothering with all this interesting but toothless “chatter” about studies, etc?

We’re at the Y in the road. Take the Road Less Taken. Period.