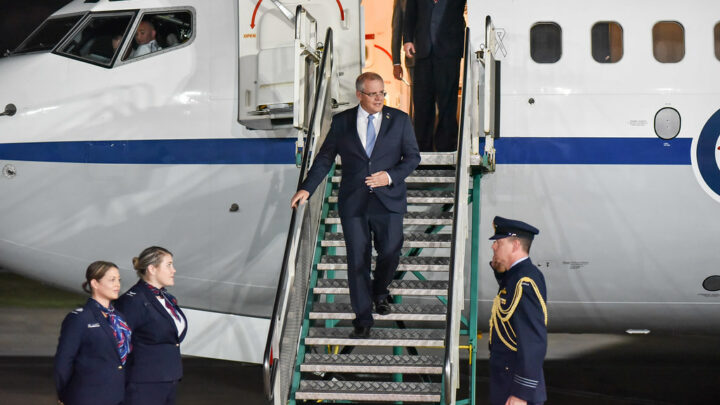 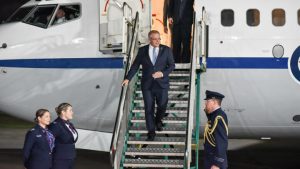 Executive branches of government are increasingly relying upon a form of lawmaking that bypasses any input from parliament, as well as avoiding its veto powers. Known as delegated legislation, this process involves a series of instruments known as regulations, rules and determinations.

Delegating the executive to draft certain laws is nothing new. What has changed is that governments are increasingly relying on it to the point that around half of all federal laws are now made this way. And another growing aspect is depriving parliament of its ability to vote against these laws.

A Senate committee charged with scrutinising delegated legislation has released its final report into the lack of parliamentary oversight involved in this form of lawmaking, which has been utilised substantially during the current political and social climate of uncertainty.

Instigated by the committee itself early last year, the inquiry was called to analyse the rising use of delegated legislation, especially as the onset of COVID-19 had provided the health minister with extraordinary powers to issue orders – under the Biosecurity Act 2015 (Cth) – without any oversight.

So, against a recent backdrop of the Morrison government having passed a proliferation of rights-eroding national security laws, together with pursuing closed court political prosecutions, and clamping down on press freedoms, the Coalition is now lawmaking by decree.

A dictatorship of the few

“The laws that govern us should be passed by parliaments – by our own elected representatives,” said Bill Rowlings, president of Civil Liberties Australia (CLA): an organisation that’s long campaigned against the growing practice of allowing the few ministers of the executive to make the rules.

“If new laws can be written, and old ones extended, without the formal approval of parliaments, we’re being ruled by an elite mix of executive government and bureaucrats who can draft the laws that suit them, without supervision by the people, or the people’s representatives” he made clear.

Rowlings explained that the process of delegating legislation to the executive – meaning the usual power of the parliament to make the law has been set aside – started off as a “very infrequent exception”, yet now this capacity is being abused by government ministers.

For an example of this, we can consider the Biosecurity Act 2015 (NSW). This was drafted by the NSW government and subsequently debated and amended by both houses of state parliament. Following it’s passing it became law and the same process would have to be taken to change it.

However, the Act is accompanied by a legislative instrument known as the Biosecurity Regulation 2017 (NSW), which permits the NSW executive to draft new laws to insert within it, without any input from parliament.

So, when the Berejiklian government wanted to crack down on protests in 2019, it simply changed the regulation.

“A system like that is variously called a dictatorship of the elite, or sometimes a police state when it’s the police who are demanding the new laws, or extensions to old laws,” the civil liberties advocate told Sydney Criminal Lawyers.

“We must get the house in order, before our ability to do so slips away” is the title of a 16 March media releaseannouncing the tabling of the final report of the Senate Standing Committee for the Scrutiny of Delegated Legislation inquiry into delegated legislation and parliamentary oversight.

The SDLC warns that while “ultimate lawmaking authority” should rest with parliament, last year it was prevented from scrutinising 299 laws made by the executive, including laws involving travel bans, increasing the debt ceiling to $1.2 trillion, and lowering local TV content requirements.

According to the SDLC, delegated legislation increasingly involves significant policy decisions. And of last year’s delegated legislation, 17.4 percent of it was exempt from parliamentary disallowance, which means the executive dictated these laws with absolutely no oversight or veto potential.

The SDLC report made 11 recommendations, three of which the Senate resolved to act upon in mid-June. These include sending a strong message to the executive that parliament should retain a veto capacity in relation to all delegated legislation.

The government has recently amended the Australian Charities and Not‑for‑Profits Commission Regulation 2013 (Cth), in such a way to make charities liable for any involvement in protests that result in minor offences, or for provoking such actions, via threat of being deregistered.

These new rules became law in late June. And they were subject to a potential veto by either house of parliament as the Australian Charities and Not-for-Profits Commission Act 2012 (Cth) – which governs the regulation – requires the approval of both houses when altering the instrument.

However, what did occur was the executive was able to draft these draconian laws stifling the ability of charities and not-for-profits to criticise government, and parliament was not able to debate them or alter them in any way.

“Basically, creating delegated legislation without checks and balances takes power from the parliament,” explained Rowlings. “Under the system, no longer are our MPs in charge of the law of the land.”

According to the CLA president, the system of delegated legislation created a simple process for government to go back and adjust the rules and regulations relating to specific Acts if they’d overlooked a certain aspect or made a mistake at the time of drafting.

However, there’s since been a significant shift in the understanding of how this “lazy” process can be used to avoid the scrutiny of elected MPs that aren’t members of the executive.

In relation to the pushback coming from the SDLC, Rowlings said, it’s “a healthy and welcome response from responsible parliamentarians of both major parties in particular.”

“It takes courage for them to stand up to bullying tactics by the executive government,” he added.