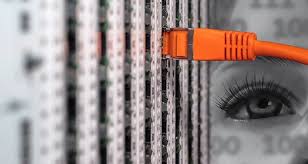 Microsoft workers on the “online safety team” were forced to view photos and videos of “indescribable sexual assaults”, “horrible brutality”, murder and child abuse, resulting in severe post-traumatic stress disorder, according to a lawsuit.

The complaint, filed on behalf of two employees and their families, outlined the “inhumane and disgusting content” the moderators viewed on a regular basis and alleged that the psychological impact has been so extreme that the men are “triggered” by simply seeing children and can no longer use computers without breaking down.

The lawsuit, which accused Microsoft of “negligent infliction of emotional distress”, provides a window into the often secretive world of online moderation and sheds light on the intense suffering of tech workers responsible for detecting and reporting digital content “designed to entertain the most twisted and sick minded people in the world”.

“It’s horrendous,” said Ben Wells, one of the attorneys who filed the suit in Washington state, where Microsoft is headquartered. “It’s bad enough just to see a child get sexually molested. Then there are murders. Unspeakable things are done to these children.”

If the suit prevails, it could have ramifications for corporations across the industry, and Wells said he hopes the case inspires others to speak out about poor working conditions.

A Microsoft spokesperson said in a statement that the company “disagrees” with the claims in the suit and “takes seriously its responsibility to remove and report imagery of child sexual exploitation and abuse being shared on its services, as well as the health and resiliency of the employees who do this important work”.

Plaintiffs Henry Soto and Greg Blauert both worked on the online safety team, which is responsible for complying with legislation passed in 2008 requiring tech companies to report child abuse images and other crimes.

Microsoft did not warn the workers about the dangers of this line of work and the potential for “debilitating injuries”, according to the suit, which was filed in December and was publicly reported this week.

When Soto was “involuntarily transferred” to the unit in 2008, he had “God-like” status, which meant he could view any customer’s communications, the suit said. His job involved assisting law enforcement in breaking up “crime rings” and “violent groups” and required him to view “many thousands of photographs and videos” of violence and brutality.

“Many people simply cannot imagine what Mr Soto had to view on a daily basis as most people do not understand how horrible and inhumane the worst people in the world can be,” his lawyers wrote. Blauert, who was hired as a full-time employee in 2012, was also required to “review thousands of images of child pornography, adult pornography and bestiality that graphically depicted the violence and depravity of the perpetrators.”

Although Microsoft created a “wellness program” and offered a counselor, the services were insufficient and ineffective and the company failed to help the workers understand the “vicarious trauma” and PTSD they were suffering, according to the suit.

Program authorities advised the workers to take walks and smoke breaks and suggested Blauert play video games to manage his symptoms, the complaint said. Later, however, his supervisors allegedly gave him a poor evaluation for “lack of production and too much time playing video games”.

When Soto initially met with psychiatrists, he said he was experiencing sleep disturbances, nightmares, anxiety and “suffered from an internal video screen in his head and could see disturbing images”. As time progressed, he began experiencing visual hallucinations, panic attacks in public, disassociation and depression.

Blauert suffered a physical and mental breakdown in 2013 when he was experiencing “intractable crying, insomnia, anxiety and PTSD”, the suit said. He is now triggered by adults who look like “potential abusers” and “fears for the safety of children he meets”. He is also unable to look at any “child related content” on computers and has not returned to work due to the triggers, according to the complaint.

The men are seeking damages, and the complaint also outlined potential reforms that would make the “online safety” job less harmful. That includes mandatory rotations out of the program, more time off, weekly meetings with a psychologist and a spousal wellness program.

Microsoft declined to comment on the specific claims, but said in a statement: “The health and safety of our employees who do this difficult work is a top priority.”

The corporation also said it provides mandatory psychological support each month, uses technology to “reduce the realism of the imagery”, reassigns employees who no longer want to do this work, and limits the amount of time the employees spend on the moderation.

Microsoft and other tech corporations need to do a much better job “protecting people who are doing heroic work”, added Wells. “They saved children’s lives. They put people in jail that deserved to be in jail.”

The attorney said he believes other tech corporations have similar challenges and inadequate or nonexistent wellness programs. In recent years, there have been past reports of alarming conditions for moderators who review Facebook, Twitter, YouTube and other companies.

“The public needs to understand that this work is not being done by a computer,” Wells said.

The Crazz Files: The so called Nazi party was filled with jews and it strongly seems th...
The Crazz Files: Why don't you start your own show and sit up there all day bashing Jew...
The Crazz Files: The truth as you see it? how the hell do you know who Hitler was, were...
@G_0: Oh and I'd like Deutsch to offer proof about Mengele's child experimen...
@G_0: No Adam I'm trying to get you to tell the truth or take down all the G...
The Crazz Files: Why don't you make better comments on all the shows we have done about...
@G_0: So Deutsch thinks Mengele preformed experiments on children? Which is ...
@gus: Indépendent Federal member Craig Kelly is to introduce a bill in Parl...
Peter: Good Stuff...
SDS185: I'm from Buffalo, New that's part of Erie County and that mentally ill...