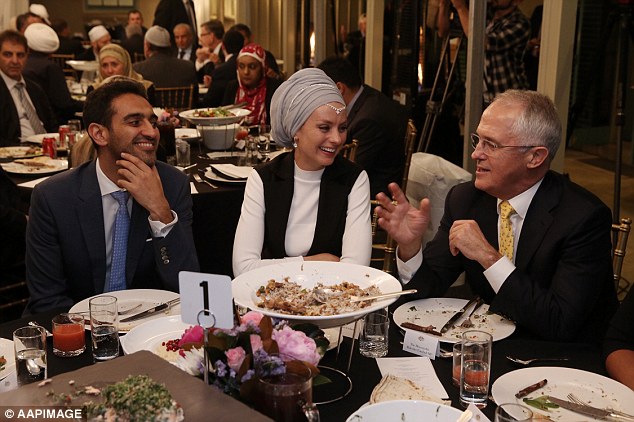 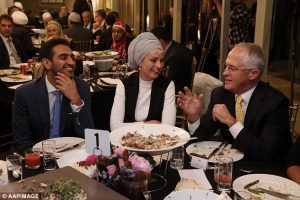 CAPTION: Hearses carrying the remains of 33 Australian service personnel and dependants leave RAAF Base Richmond after a repatriation ceremony at the base to welcome them home from cemeteries in Malaysia and Singapore. Photo by  Corporal David Gibbs

Mr Davey said that the PM’s decision demonstrates that he is seemingly more interested in his own political career than honouring fallen veterans and their families on a day of national significance.

“Like many Australians, I chose to watch the live coverage of the Terendak Repatriation. To my surprise, which quickly turned into an emotion of disgust, was the evident absence of our Prime Minister,” Mr Davey said.

“The Prime Minister holds the office that determines if Australia’s men and women go to war, and he should certainly have been there to see their return home, especially at a moment of such significance to the families, Vietnam Veterans and the wider Australian public.

“Mr Turnbull’s decision to campaign in a mattress factory was incomprehensible, and probably robbed the opposition leader of the opportunity to attend alongside the PM in a show of bipartisanship.

“I’ve been hearing the reaction of many veterans and whilst the majority of them were hammering the Prime Minister, Opposition Leader Bill Shorten has also been copping a fair flogging.

“Now I’m only speculating here, but I would suggest that if Mr Turnbull had made the conscious decision not to attend, then probably no opportunity existed for Mr Shorten to attend – but, Mr Shorten probably needs to clarify why he was not there too.”

Mr Davey added that Treasurer Scott Morrison’s choice of words and signage at a concurrent press conference was a poor decision.

“If I was Mr Morrison I’d be checking whether my closest advisers and confidants were members of another political party, because using the word ‘war’ in both his speech and accompanying signage at the time of a repatriation ceremony was simply clueless,” Mr Davey said.

“Surely such a political aspirant didn’t come up with this ‘brain-child’ idea himself.

The Veterans Party leader said today’s performance by key members of the Government were hardly heartening for Australia’s veterans or those who serve in the Australian Defence Force, let alone others in the Australian public.

“Let me say this to you Mr Turnbull; your decision today leads many to the suspicion that you possess no tradition other than self-interest. You have demonstrated a complete lack of leadership and a total disconnect from the issues close to the heart of our country. Even odds however, come Anzac Day, and you are the Prime Minister, you’ll be there hand on heart and taking salutes from members of the men and women who serve our country,” Mr Davey said. 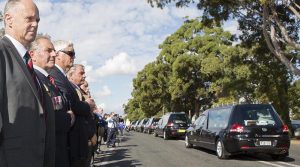 Hearses carrying the remains of 33 Australian service personnel and dependants leave RAAF Base Richmond in after the Governor-General of Australia, His Excellency General the Hon. Sir Peter Cosgrove (Retd), AK, MC, joined family and friends for a repatriation ceremony at the base to welcome them home from cemeteries in Malaysia and Singapore.

Australia’s Malcolm Turnbull has held the first Ramadan fast-breaking meal at the prime minister’s residence. The event was partially overshadowed by the presence of a Muslim cleric who had made anti-gay comments.

Australian Prime Minister Malcolm Turnbull said on Friday he would not have invited a top Muslim cleric to an iftar dinner — or fast-breaking dinner — at his residence had he known about the imam’s anti-gay comments.

Sheikh Shady Alsuleiman, the president of the Australian National Imams Council, alongside some 75 mostly Muslim guests, were invited to the prime minister’s official residence in Sydney on Thursday to break their Ramadan fast. It was the first time an Australian prime minister had held such an event.

But the outreach to Australia’s Muslim community was overshadowed by controversy when “The Australian” newspaper reported Alsuleiman had preached in a 2013 video uploaded on social media that homosexual acts “are evil actions that bring upon evil outcomes to our society.”

Turnbull said he had only become aware of those comments during the dinner when a reporter brought it up. The prime minister said he condemned the comments at the dinner.

An honour to be the first PM to host an Iftar dinner with multi-faith and young leaders at Kirribilli House tonight pic.twitter.com/Fj7JFvlYj5

“I regard as unacceptable and I will always condemn any remarks which disrespect any part of our community, whether it is on the basis of their sexuality, their gender, their race, their religion,” Turnbull told reporters on Friday.

“Had I known that the sheikh had made those remarks, he would not have been invited to the iftar,” he added.

Turnbull also emphasized the valuable contribution that Muslims have made to Australia.

“Let me be very clear about this, and this was the theme of my address at the iftar — we are the most successful multicultural society in the world,” he said. “The bedrock of that, the foundation, is mutual respect and that is why I reach out to every community, every community in our country is part of our nation.”

Only days earlier, Australia had cancelled the visa of a British cleric who once said homosexual acts in public should be punished by death.

The invitation to Alsuleiman was an embarrassment for the government, coming days after an American Muslim shot up a gay night club in Orlando, killing 49 people. The shooting has sparked renewed debate about Islam’s — and for that matter all religion’s — toward homosexuality. Orlando has also led to an increase in polarizing anti-Muslim sentiment and commentary.

In Australia, the shootings have renewed focus on the differing policies held on gay rights by the government and opposition ahead of elections on July 2. Same-sex marriage is still not recognized in Australia, but if re-elected Turnbull’s conservatives plan to hold a referendum to allow voters to decide on the issue. Polls suggest voters support a plebiscite.

If elected, the opposition Labor Party has said it would make parliament decide within its first 100 days in power.

One thought on “Mongrel Malcolm: Turnbull A No-Show At Terendak Repatriation But Has Time For Ramadan Iftar dinner at Kirribilli House”