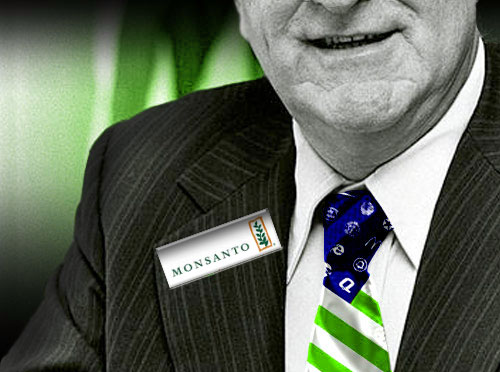 (Natural News) Have you ever wondered why the debate over the safety of Roundup and glyphosate rages on despite the mounting evidence that it is indeed dangerous for every type of life on our planet? New court documents have revealed something that many people have long suspected: Roundup manufacturer Monsanto has a troop of trolls at its disposal who are paid to scour the internet for those speaking ill of its toxic wares and then counter their warnings with false studies that support their products.

The documents are part of the pre-trials for 50 lawsuits that are pending in the U.S. District Court in San Francisco against the firm. The suits were filed by or on behalf of people who developed non-Hodgkin’s lymphoma because of exposure to Roundup, and they also allege that Monsanto hid the risks of the product. Monsanto’s objections to the release of the documents were overruled by a judge in March.

The plaintiffs are alleging that the unethical company targeted online material, including social media comments, that highlighted its products’ potential dangers.

The document reads in part:

Monsanto even started the aptly-named ‘Let Nothing Go’ program to leave nothing, not even Facebook comments, unanswered; through a series of third parties, it employs individuals who appear to have no connection to the industry, who in turn post positive comments on news articles and Facebook posts, defending Monsanto, its chemicals, and GMOs.

While it’s no secret that many of the world’s top brands hire PR and online reputation management firms to help cast them in the most positive light possible, the actions of everyone involved in this scenario are extremely reprehensible. After all, this is not a doctor trying to push news of his DUI off the first page of search results; it’s a company that controls much of the agriculture in our nation spreading lies that could cause countless people to develop cancer.

Two years ago, the World Health Organization’s International Agency for Research on Cancer (IARC) stated that glyphosate probably causes non-Hodgkin’s lymphoma. This declaration from such a credible body prompted Monsanto to ramp up its efforts to obscure the truth about the deadly weed killer. In fact, one of the firm’s own executives, Dr. William Moar, said at a 2015 conference that it had a whole department devoted to “debunking” legitimate science that made its products look bad.

Moreover, internal emails showed that the evil firm enlisted staffers to ghost write studies that falsely portray its products as safe, even going so far as to pay experts like scientists to sign their names at the end to lend a false air of authenticity.

Some of the Monsanto operatives whose names came up in a U.S. Right to Know investigation are connected to Jon Entine, a PR operative who has written attack pieces in publications like Forbes against researchers like Jeffrey Smith who dare to suggest that GMOs and pesticides are dangerous.

When you consider the fact that Monsanto noted almost $4.76 billion in sales of its herbicide in 2015 and the global market for glyphosate is projected to reach $10 billion in the next five years, it’s easy to understand why they are willing to go to such great lengths to defend the deadly products. Keep this in mind the next time you hear someone trying to smear anyone who questions the safety of GMOs, whether it’s the Health Ranger, the Food Babe, Jeffrey Smith, or anyone else online or on social media.

Follow more news on the tyranny of dishonest corporate science at ScienceTyranny.com.