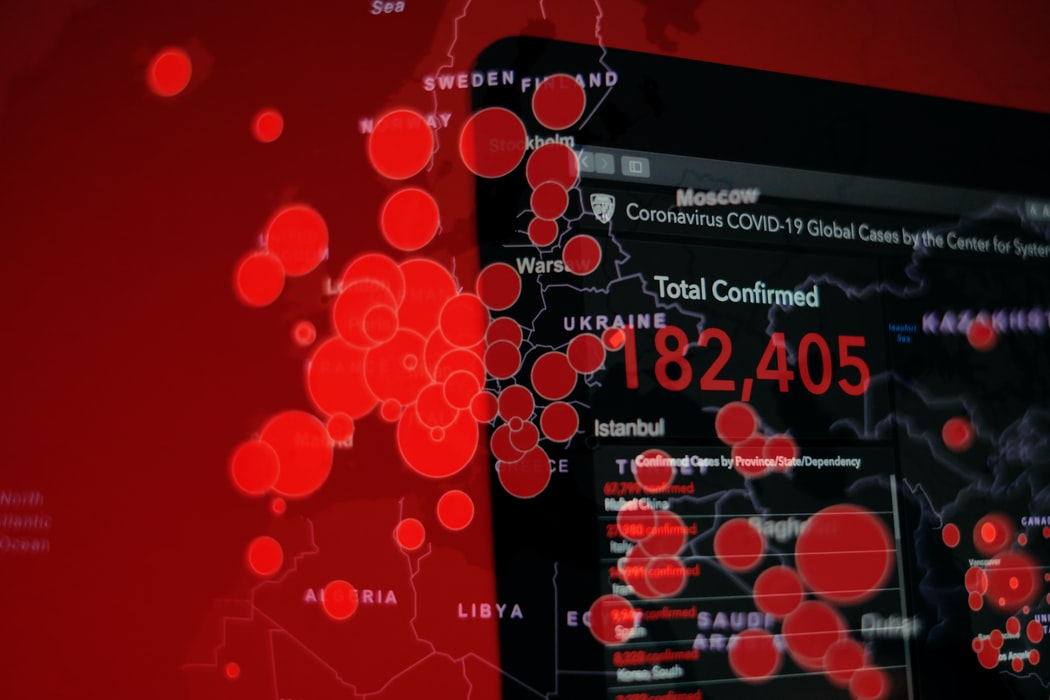 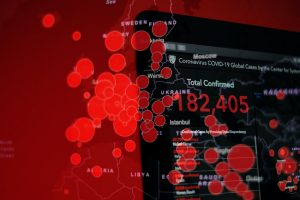 I still receive emails that announce: “So-and-so SAYS the virus has been isolated and does exist.”

Then there is the ever-popular, “OF COURSE this virus exists,” which is meant to dispel all doubt.

Below, I’ll reprint my piece in which Dr. Andrew Kaufman [1] analyzed, step-by-step, a typical excerpt from a published study. The excerpt described how SARS-CoV-2 was isolated. Dr. Kaufman tore the description to pieces. [2]

Since I published that article, I haven’t received a single communication attempting to refute Dr. Kaufman’s analysis.

I have received one or two emails stating, “Dr. Kaufman made several mistakes.” No specifics were mentioned. In the world of traditional logical fallacies, that response comes under the heading of “Vague Generalization.” Ninth-grade students used to be able to recognize it.

I’ve seen many articles in which SARS-CoV-2 is claimed to exist and possess various properties—the articles rely on bald statements from doctors or other so-called medical experts. No proof is offered. That logical fallacy would be Appeal to Authority: Because an authority figure says something is true, it must be true.

On this basis, the network evening news tells you all you need to know about reality.

A third fallacy is worth mentioning. We have this implied statement: “Researchers at the Wuhan Institute were weaponizing the virus; therefore, it exists.” That fallacy is called Circular Reasoning: You assume what you’re trying to prove. Many people fall for it.

What researchers are claiming or trying to do in a lab is not proof that the “thing” they are working with exists. The researchers may BELIEVE it exists, but what they believe doesn’t matter.

You might believe a pink demon with gold teeth from Mars has spread a pandemic across Earth, but even if Fauci agrees with you and has shoveled three million dollars to your lab, you haven’t established the existence of the demon.

A variation on Appeal to Authority and Vague Generalization: For more than a century, researchers have been doing experiments with viruses; therefore, it’s ridiculous to say SARS-CoV-2 doesn’t exist.

Well, historically, religious groups have claimed their God is the only God. Therefore…nothing.

“Wait. All those virologists couldn’t be lying and collaborating in a vast conspiracy.”

But they could be true believers. They could be pushing distorted science without recognizing their own warped articles of faith.

And with that, here is my article featuring Dr. Kaufman’s analysis of virus-isolation:

Dr. Andrew Kaufman refutes “isolation” of SARS-Cov-2; he does step-by-step analysis of a typical claim of isolation; there is no proof that the virus exists.

The global medical community has been asserting that “a pandemic is being caused by a virus, SARS-Cov-2.”

But what if the virus doesn’t exist?

People have been asking me for a step-by-step analysis of a mainstream claim of virus-isolation. Well, here it is.

“Isolation” should mean the virus has been separated out from all surrounding material, so researchers can say, “Look, we have it. Therefore, it exists.”

I took a typical passage from a published study, a “methods” section, in which researchers describe how they “isolated the virus.” I sent it to Dr. Andrew Kaufman [1], and he provided his analysis in detail.

First, I want to provide a bit of background that will help the reader understand what is going on in the study.

The researchers are creating a soup in the lab. This soup contains a number of compounds. The researchers assume, without evidence, that “the virus” is in this soup. At no time do they separate the purported virus from the surrounding material in the soup. Isolation of the virus is not occurring.

They set about showing that the monkey (and/or human cells) they put in the soup are dying. THAT’S THEIR KEY “EVIDENCE.” This cell-death, they claim, is being caused by “the virus.” However, as you’ll see, Dr. Kaufman dismantles this claim.

There is no reason to infer that SARS-CoV-2 is in the soup at all, or that it is killing cells.

Finally, the researchers assert, with no proof or rational explanation, that they were able to discover the genetic sequence of “the virus” they never isolated. “We didn’t find it, we don’t know anything about it, but we sequenced it.”

STUDY: “We used Vero CCL-81 cells for isolation and initial passage [in the soup in the lab]…”

KAUFMAN: “Vero cells are foreign cells from the kidneys of monkeys and a source of contamination. Virus particles should be purified directly from clinical samples in order to prove the virus actually exists. Isolation means separation from everything else. So how can you separate/isolate a virus when you add it to something else?”

KAUFMAN: “Why use minimal essential media, which provides incomplete nutrition [to the cells]? Fetal bovine serum is a source of foreign genetic material and extracellular vesicles, which are indistinguishable from viruses.”

STUDY: “…We used both NP and OP swab specimens for virus isolation. For isolation, limiting dilution, and passage 1 of the virus, we pipetted 50 μL of serum-free DMEM into columns 2–12 of a 96-well tissue culture plate, then pipetted 100 μL of clinical specimens into column 1 and serially diluted 2-fold across the plate…”

KAUFMAN: “Once again, misuse of the word isolation.”

STUDY: “…We then trypsinized and resuspended Vero cells in DMEM containing 10% fetal bovine serum, 2× penicillin/streptomycin, 2× antibiotics/antimycotics, and 2× amphotericin B at a concentration of 2.5 × 105 cells/mL…”

KAUFMAN: “Trypsin is a pancreatic enzyme that digests proteins. Wouldn’t that cause damage to the cells and particles in the culture which have proteins on their surfaces, including the so called spike protein?”

KAUFMAN: “Why are antibiotics added? Sterile technique is used for the culture. Bacteria may be easily filtered out of the clinical sample by commercially available filters (GIBCO) [4]. Finally, bacteria may be easily seen under the microscope and would be readily identified if they were contaminating the sample. The specific antibiotics used, streptomycin and amphotericin (aka ‘ampho-terrible’), are toxic to the kidneys and we are using kidney cells in this experiment! Also note they are used at ‘2X’ concentration, which appears to be twice the normal amount. These will certainly cause damage to the Vero cells.”

STUDY: “…We added [not isolated] 100 μL of cell suspension directly to the clinical specimen dilutions and mixed gently by pipetting. We then grew the inoculated cultures in a humidified 37°C incubator in an atmosphere of 5% CO2 and observed for cytopathic effects (CPEs) daily. We used standard plaque assays for SARS-CoV-2, which were based on SARS-CoV and Middle East respiratory syndrome coronavirus (MERS-CoV) protocols…”

STUDY: “When CPEs were observed, we scraped cell monolayers with the back of a pipette tip…”

KAUFMAN: “There was no negative control experiment described. Control experiments are required for a valid interpretation of the results. Without that, how can we know if it was the toxic soup of antibiotics, minimal nutrition, and dying tissue from a sick person which caused the cellular damage or a phantom virus? A proper control would consist of the same exact experiment except that the clinical specimen should come from a person with illness unrelated to covid, such as cancer, since that would not contain a virus.”

STUDY: “…We used 50 μL of viral lysate for total nucleic acid extraction for confirmatory testing and sequencing We also used 50 μL of virus lysate to inoculate a well of a 90% confluent 24-well plate.”

KAUFMAN: “How do you confirm something that was never previously shown to exist? What did you compare the genetic sequences to? How do you know the origin of the genetic material since it came from a cell culture containing material from humans and all their microflora, fetal cows, and monkeys?”

My comments: Dr. Kaufman does several things here. He shows that isolation, in any meaningful sense of the word, is not occurring.

Dr. Kaufman also shows that the researchers want to use damage to the cells and cell-death as proof that “the virus” is in the soup they are creating. In other words, the researchers are assuming that if the cells are dying, it must be the virus that is doing the killing. But Dr. Kaufman shows there are obvious other reasons for cell damage and death that have nothing to do with a virus. Therefore, no proof exists that “the virus” is in the soup or exists at all.

And finally, Dr. Kaufman explains that the claim of genetic sequencing of “the virus” is absurd, because there is no proof that the virus is present. How do you sequence something when you haven’t shown it exists?

Readers who are unfamiliar with my work (over 300 articles on the subject of the “pandemic” during the past year [5]) will ask: Then why are people dying? What about the huge number of cases and deaths? I have answered these and other questions in great detail. The subject of this article is: have researchers proved SARS-CoV-2 exists?

The answer is no.