The COVID-19 pandemic restrictions placed on Australian society sparked a huge national debate on whether governments across the continent had the power to encroach upon the rights of citizens and residents in imposing extraordinary measures, such as statewide lockdowns.

Many locals cried out against their rights, like freedom of movement and assembly, being violated, only to then find that a broad range of human rights aren’t protected in the Australian Constitution and neither in a federal bill of rights, as no such legislation exists here, as elsewhere in the world.

Unlike the founding document in the US, this nation’s Constitution only protects a handful of rights, which include the right to vote, the just acquisition of property, the right to trial by jury, freedom of religion, and the High Court established implied right to freedom of political communication.

This lack of rights protections enshrined in federal law sees Australia the only liberal democracy on the planet without it. Although, this has been changing at the state and territory level over the last decades, with the ACT, Victoria and Queensland, all having enacted legislation protecting rights.

Civil Liberties Australia (CLA) has been consulting, over recent years, with various parties in regard to a federal HRA, which is synonymous with a bill or charter of rights. And with the current Labor government and an important HRA report on its way, it considers such reform could be upon us.

“The Albanese government is stamping itself as progressive on social justice issues,” said CLA chief executive Bill Rowlings. “In many ways, Albanese appears to be PM Gough Whitlam-lite, from the 1970s, in a much more measured way and without the loans affair debacle, one hopes.”

“The Voice referendum is an example, as is the new National Anti-Corruption Commission (NACC) legislation,” he told Sydney Criminal Lawyers.

In the wake of the Second World War, the United Nations set about establishing a series of binding agreements that define and protect “inalienable human rights” at the international level. And while this nation has ratified the seven core conventions, this doesn’t translate into domestic law.

The US embedded a bill of rights into its constitution in 1791. However, over recent decades, other comparable western nations have adopted statutory forms of rights protections, including Canada in 1960, New Zealand in 1990 and the United Kingdom enacted a Human Rights Act in 1998.

“A Human Rights Act would be a third pillar, a further foundation stone of the nation’s ethical infrastructure, to improve Australian society and justice for the little guy,” Rowlings added. “All similar nations have an Act or a bill of rights, but we alone don’t.” 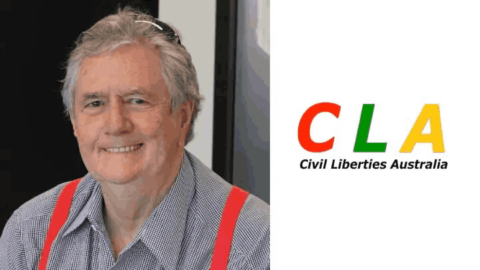 In terms of how a Human Rights Act might protect civilians against the encroachments of government, the CLA CEO points to the Coalition’s Robodebt debacle, which saw a dodgy computer program sending out false Centrelink debts to clients that destroyed lives and caused suicides.

“Hundreds and thousands of complaints to a Human Rights tribunal would have stopped Robodebt dead in its tracks within three to six months of its introduction,” Rowlings advises. “But people had nowhere to go to seek justice.”

Devoid of any protections or means to seek remedy, those targeted by the unlawful scheme were left to “appeal to the very department that was abusing their rights” by enforcing false debts, which ultimately saw the government pay close to $2 billion in compensation.

“Similarly, during the COVID-19 pandemic,” Rowlings added, “there was nowhere to complain to except to those who were the very people imposing crazy rules, like you couldn’t visit your dying mother in an aged care home or travel overseas to take up a job offer.”

The Australian Human Rights Commission was supposed to deliver a 400-odd page report, outlining the positive change a Human Rights Act would bring to the Australian constituency. However, the formal handover to attorney general Mark Dreyfus has been postponed until February.

As it’s been consulting on the proposal with different entities, CLA has been advocating for a federal Human Rights Act, with a section that permits a panel of judges to refer other laws back to parliament that are incompatible with rights protections for redrafting.

A tangible benefit of rights protections being enshrined in law is it can result in a system whereby the judiciary ensures all statutory laws are in accordance with them.

But while the current political climate does seem fertile for the passing of such laws, it’s not the first time comprehensive rights protections have been considered.

The drafters of the Constitution chose not to embed a raft of rights protections within the founding document, while Labor has raised the issue on a number of occasions, including when the Rudd government determined not to establish such an Act in 2010, after it held an inquiry into one.

And of late, Independent MP Andrew Wilkie has delivered several such bills to parliament.

However, Rowlings points out that it’s been Labor-led jurisdictions that have enacted rights bills at the state and territory levels: the ACT enacted its Human Rights Act in 2004, Victoria passed its Charter of Human Rights and Responsibilities in 2006 and Queensland passed a HRA three years ago.

“Coalition parties have never shown any interest, which is strange because human rights should be a cornerstone of liberal philosophy, many people think,” the long-term rights advocate added.

No rights without remedy

Set to be released next month, the AHRC’s close to 400 page report, which was conducted under commission president Rosalind Croucher and summarises four years of national consultations, is set to put the campaign for a federal Human Rights Act back on the political agenda.

An issue with the state and territory rights-protecting Acts that have passed is that they enable legal action to be taken in relation to discrimination, but, as Rowlings points out, “not necessarily for other human rights that have been wronged”.

However, last October, the ACT government formally agreed to include a “no rights without remedy” principle in its Human Rights Act, following a public petition to see one added.

No rights without remedy ensures individuals can seek recourse when any protected right has been encroached upon.

“From about May 2023, CLA expects people living in Canberra who believe that, say, a bureaucrat has ignored their rights, will be able to ask for conciliation by the ACT Human Rights Commission,” said Rowlings.

“That should solve about 98 percent or more of the types of issues that normally arise.”

The capital territory is also considering introducing a right to appeal to the ACT Civil and Administrative Tribunal if conciliation is not forthcoming, which would see an enforceable legal ruling that could alter the way a government department operates or result in compensation paid.

And it’s this reformed ACT model of a HRA, with a comprehensive pathway to seek remedy, that CLA is advocating that the Albanese government adopt at the federal level.

“Over time a federal Human Rights Act, covering federal legislation and Commonwealth departments and agencies, would encourage rights-aware citizens and a society hopefully with less bullying and much more compromising as the basis for how we live together,” Rowlings ended.