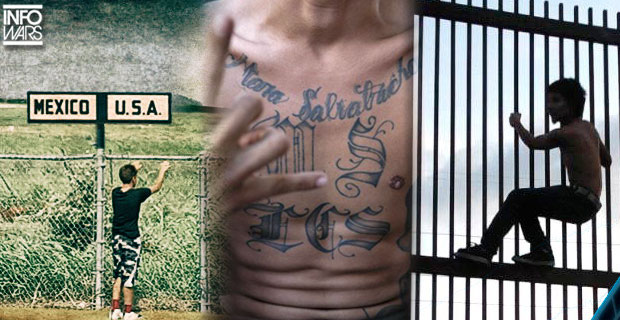 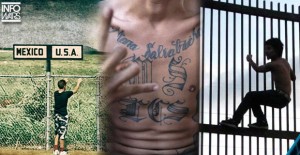 The gangs, which also include the Latin Kings and the Sureños, are targeting immigrant communities in New York and elsewhere across the country for recruits under the age of 18.

“I came from… [El Salvador] to get away from them [MS-13], but the same crime is happening here,” N.Y. resident Wilfredo Serrano told Fox News Latino. “Now they’ve been going after the new arrivals… kids who are very vulnerable and have already been through the worst in life.”

In N.Y. alone the gangs are vying to recruit from a pool of over 3,000 illegals who resettled in Nassau and Suffolk counties after last year’s massive surge of illegal immigration from Central America.

“They were targeted by the Latino gangs that were already established here,” Det. Sgt. Mike Marino of the Nassau Co. Police Department said. “The gangs did try to recruit some of them.”

Many of these children were in fact previously apprehended by immigration authorities, but as Infowars discovered last year, the federal government was quickly releasing them and even buying them bus tickets to resettle anywhere in the U.S.

“What happened [at the McAllen, Texas, bus station] in particular is that the Border Patrol dropped off what they call detainees but obviously they’re not detained when they drop them off,” McAllen City Attorney Kevin Pagan said in an interview with Infowars. “Normally they have tickets or arraigned transportation to go somewhere in the interior [of the U.S.]”

In exchange for the tickets, the illegals are given a date to appear at immigration court, but the court dates are set several years in advance and 90% of the illegals never show up to court anyway.

“They know they are going to be processed and released and they are free to go wherever they want to go in the U.S. and the likelihood of them ever showing up for their court date is slim to none,” Stu Harris of the National Border Patrol Council Local 1929 told Infowars.

To sum it up, the Obama administration is importing illegal aliens into the country at taxpayer expense and many of them will ultimately join violent street gangs like MS-13.

And once the gang violence explodes across America, Obama will exploit it to advocate more gun control.