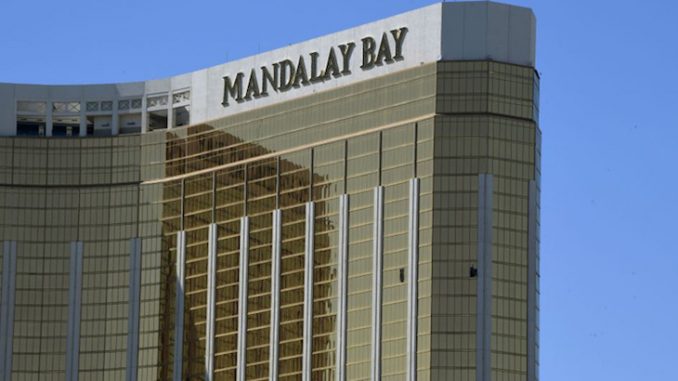 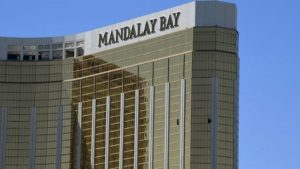 Update: I have three separate reports that shots were fired through the front door of the Vegas Bellagio Hotel at roughly the same time as the concert shooting, late Sunday. For example:

According to one report, the Bellagio was put on lockdown. I can’t verify the reports with further evidence at this time.

In a crime, multiple shooters often imply political purpose—on the other end of the spectrum from “crazy man acting alone.”

In recent articles (archive here), I’ve been assembling a case for multiple shooters in the Las Vegas mass murder at the concert.

Here is a very brief historic survey of multiple (or other uninvestigated) perpetrators. It’s certainly not meant to be all-inclusive. For instance, I omit 9/11 and the mind-boggling series of egregious lies that continues to this day.

James Holmes, the Colorado theater shooter. 2012. One witness, Corbin Dates (aka Dayton), told Aurora news outlets a man sitting in the front row of the theater took a cell phone call and went to a side exit, propped the door open with his foot, and seemed to be signaling somebody. Ten to 15 minutes later, James Holmes (?) appeared in full gear with weapons as the exit door swung open. Another witness (no name revealed) stated that, during the massacre, a gas canister was thrown from a direction where Homes wasn’t standing. The police brusquely discounted these testimonies.

The Oklahoma City Bombing. 1995. Analysis (my interviews with bomb experts) concluded that the ANFO bomb in the Ryder truck, parked at the curb of the Murrah Federal Building, could not have caused the degree or profile of the damage to the building. The takedown of a portion of the building was far more sophisticated. Tim McVeigh, if he was involved, could not have acted alone.

Robert F Kennedy, assassinated in 1968, in the kitchen of the Ambassador Hotel, in Los Angeles. Suppressed evidence makes it clear that Sirhan Sirhan, the convicted killer, who was standing in front of RFK, did not fire the shots that killed him. Those shots came from behind Kennedy. A count of the number of shots that were heard reveals more shots were fired than Sirhan had in his clip. There was no investigation of a second shooter.

The Martin Luther King murder. 1968. On pages 462 and 463 of The Assassinations, you can read a list of 20 good reasons for doubting and rejecting the official story of James Earl Ray as the killer. The essay is: “Fatal Justice: The Death of James Earl Ray,” by James DiEugenio. Suffice to say, the failed legal struggle to re-retest the rifle Ray supposedly used to kill MLK shows the powers-that-be were determined to keep truth out of the investigation.

John F Kennedy, assassinated in 1963. The House Select Committee on Assassinations (1976-1979) made an excruciating attempt to prove that the “lightning-fast reloading” supposedly achieved by Lee Oswald, as he fired his old rifle, could account for the acoustical evidence of all shots fired at Kennedy in Dallas. The effort failed completely, but the results of clearly unscientific tests were accepted as positive proof of the lone gunman theory. (See The Assassinations, edited by James DiEugenio and Lisa Pease, 2003, published by Feral House, p. 82-84.)

Multiple shooters or other uninvestigated shooters have played a major role in many crimes, and in each case law-enforcement finds a reason to ignore the facts.

The public is taught to believe there is wide gulf between “thorough government investigations” and “conspiracy theories.” Mainstream news provides this ongoing education.

It is a pernicious effort to undermine private citizens’ confidence in their own ability to see and know the truth.

One thought on “Multiple shooters: not the first time”