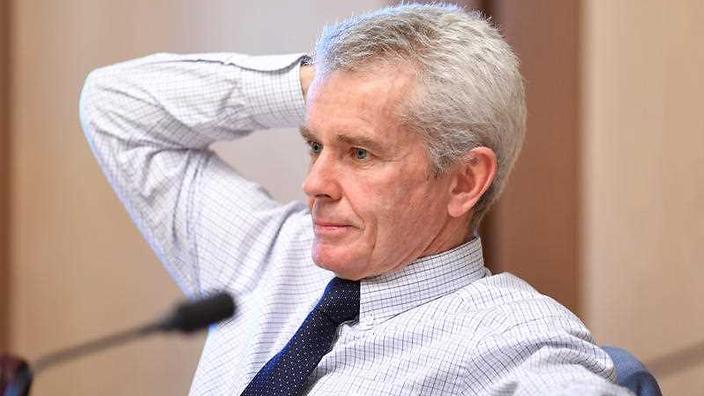 Australians are fleeing ghettos of Islamic migrants in a bid to protect their daughters, a One Nation senator has claimed.

“We the people are seeking to protect our children, our daughters, our property, our liberty,” Malcolm Roberts told parliament on Monday.

“How can we expect people wedded to an ideology masquerading as a religion that specifically precludes assimilation, to assimilate and integrate? We can’t.”

The upper house was debating strengthening existing laws to refuse or cancel visas for non-citizens who commit crimes in Australia, or pose a risk to the community.

Senator Roberts blamed unchecked immigration for the fraying of Australia’s social fabric, insisting it was a reason voters were abandoning the major parties.

“Self-segregation has become a reality,” he said.

Australians weren’t afraid of any religion but Islam, he said, and immigrants should be chosen from cultures with a track record of assimilation.

Fellow crossbencher Jacqui Lambie called for Australia to follow in the footsteps of Donald Trump and ban anyone in support of Sharia law from entering Australia.

She called for Australia to halve its immigration intake and halve its foreign aid.

“Sharia law is an anti-democratic cancer that doesn’t belong in a free society,” she told parliament.

“If they support Sharia law and want it in Australia, don’t let them in.

“They are obviously supporters of the terrorists, their law and their culture.”

Cabinet minister Michaelia Cash said support for Sharia law may be one of many issues but was not a specific issue the immigration minister considered when granting visas to Australia.