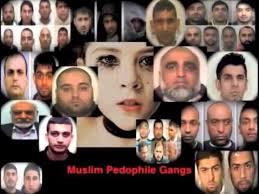 Eleven of fifteen Muslim men charged in May with the sexual grooming of a 14-year-old girl have been found guilty, after the judged said they treated his court with “contempt and arrogance”.

The girl was “raped in car parks, parks and churchyards” in the small town of Keighley, near Bradford in the North of England, the court has previously heard.

“In 40 years of practice, I have never seen a dock that has been as insolent and disrespectful as this one. I have the poorest of opinions about the defendants”, blasted Judge Roger Thomas QC at Bradford Crown Court, where the verdict was passed.

The court has heard how she was called a “little white slag” and a “white bastard” as she wept on the floor and was raped by five men in succession on one occasion.

The jury also heard that the girl was passed around the men by a “nasty” 17-year-old drug dealer named Ahmed Al-Choudhury, who was described as the “ring leader” of the Muslim rape gang.

He allegedly first raped her in a churchyard when she refused to continue making drug deliveries for him when she was still a virgin. Mr. Choudhury was not one of men standing trial, however, and is thought to have fled abroad. 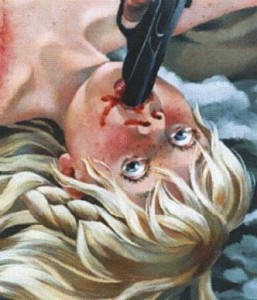 The eleven defendants will be sentenced on February 5, along with a twelfth defendant, Khalid Mahmood, 34, who previously pleaded guilty to five counts of rape.

According to the Sun, Judge Thomas praised the police, saying: “This has been a very considerable exercise for the police.

“The victim was missing from home and school so often – it seems to be accurate that police and other agencies were doing their best to try to exercise some control over the victim.

“They were met with an unhappy young girl who was in a vulnerable position and unable to take their help.”

Speaking after the verdict, Detective Chief Inspector Chris Walker, from West Yorkshire Police described the investigation as “challenging, complex and sensitive” and heralded the bravery of the victims.

He said: “I would like to pay tribute to the victims who have shown a great deal of courage in standing up to their perpetrators.

“These young girls were preyed upon and either raped or sexually assaulted.

“One was even passed around by these men for no other reason than their own gratification.

“Child sexual exploitation is one of the most important challenges facing the police. It is totally unacceptable and it is the responsibility of all agencies, communities and individuals to identify those responsible and help bring them to justice.

“Protecting the victims is a priority. However unwilling they may be initially to engage with police or other agencies, or to give evidence against the perpetrators, they will always be supported and protected from further harm.”