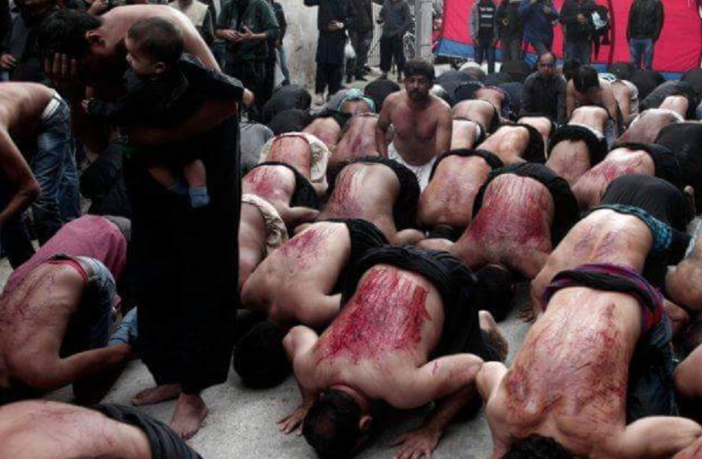 The images you are about to see do not come from Yemen or Islamabad, nor from Syria nor from Afghanistan.

These photos were taken in Piraeus, Greece, where dozens of Shiite Muslims gathered in order to celebrate “Ashura”.

Ashura is one of the most important celebrations of Muslims, celebrated worldwide for the anniversary of the death of Hussein Ibn Ali, grandfather of the prophet Muhammad, by the caliph Yazid in the battle of Karbala in 680 AD.

Part of the celebrations is the gathering of all Shiite males, which whip themselves in order to simulate the torture of Hussein Ibn Ali.

The ceremony, known as “Muhammad’s Lament”, takes place on a road between warehouses.

In the meantime, women are separated from men, as it is forbidden for them to watch the ceremony.

The abominable images of grown men whipping themselves in public, in front of their children, in 2018 Europe, is indicative of the situation to which multiculturalism has led us, year by year, and reveals that this culture is incompatible with Western civilisation.

Modern Europe is facing a multi-layered crisis in the economy, immigration, culture and demographics. Beyond that, certainly, Europe will soon face the most important battle of her history, the battle of her own existence, as we know it.