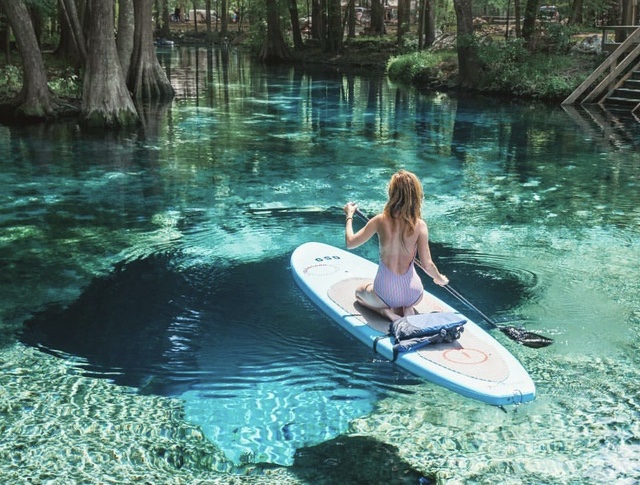 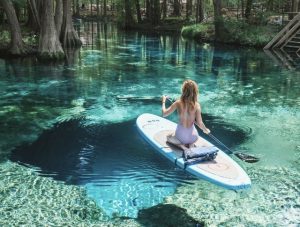 READ MORE AT RETURN TO NOW

Ginny Springs Florida is one of the most diverse ecosystems on the continent, home to a quarter of all North American turtle species.

It also serves as a source of free, fresh spring water for locals and tourists.

The Santa Fe River that feeds the springs has already been labeled “in recovery” after years of overpumping by another water company called Seven Springs.

Seven Springs took as much as 260,000 gallons of water a day from the springs. Now Nestlé is proposing to take 1.1 million gallons per day.

Environmentalists warn the results will be distrous for the springs and river and the wildlife and local humans who depend on them.

“The Santa Fe River is already in decline … there’s not enough water coming out of the aquifer itself to recharge these lovely, amazing springs that are iconic and culturally valued and important for natural systems and habitats,” Merrillee Malwitz-Jipson from the conservation group Our Santa Fe River told The Guardian.

The Florida Water Resources Act declared that all the water in springs, rivers and lakes is the property of the state, not landowners, but it never set a price on water. That means, Nestlé will be able to take the state’s water for free, according to the Gainesville Sun.

On top of having to pay for a formerly free resource local taxpayers have also been forced to subsidize Nestlé‘s new operation by paying for restoration of the already damaged springs so that Nestlé can damage them again, according to EcoWatch.com.

“Essentially, taxpayers are funding replenishment of the aquifer and then allowing Nestlé to take it out and sell it back to us,” Malwitz-Jipson wrote in a column for the Gainesville Sun.

A petition on Change.org asks the state not to approve Nestlé‘s permit.