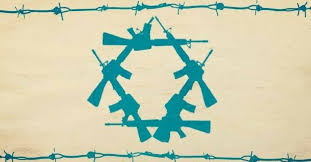 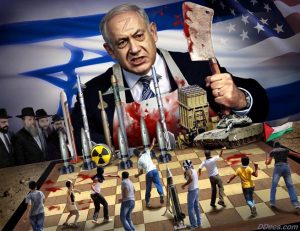 READ MORE AT THE MIND UNLEASHED

(MPN) — The state of South Carolina will become the first state in the nation to legislate a definition of anti-Semitism that considers certain criticisms of the Israeli government to be hate speech. The language, which was inserted into the state’s recently passed $8 billion budget, offers a much more vague definition of anti-Semitism that some suggest specifically targets the presence of the global boycott, divestment and sanctions, or BDS, movement on state college campuses. The law requires that all state institutions, including state universities, apply the revised definition when deciding whether an act violates anti-discrimination policies.

Once it is reconciled with an appropriations bill previously passed by the state House, the measure will become law and take effect this July. However, the law will last only until the next budget is passed, meaning that the new legal definition of anti-Semitism must be renewed on a yearly basis unless new legislation making the language permanent is passed in the future.

The new definition uses the State Department’s current definition of anti-Semitism as its template — defining speech that “demonizes” or applies “double standards” to Israel “by requiring of it a behavior not expected or demanded of any other democratic nation” as anti-Semitic.

However, the State Department’s definition was never intended to be used as an enforcement tool, and concern has subsequently been raised that South Carolina colleges may now move to criminalize conventional and factual criticism of Israel under the new, vague definition of anti-Semitism.

Such concern is well-founded, in part because the bill’s sponsor, State Rep. Alan Clemmons (R-Myrtle Beach), previously called the pro-Israel lobby J-Street “anti-Semitic” for referring to Israel’s presence in Palestine’s West Bank as an “occupation.” Thus, in Clemmons’ view, discussing the military occupation of the West Bank, a reality recognized even by Israel’s Supreme Court, would be considered anti-Semitic under the new South Carolina law.

Clemmons, a Mormon who has previously hosted state delegations to Israel, also considers the non-violent Palestinian rights movement Boycott, Divest, Sanctions (BDS) to be motivated by anti-Semitism and has been called “Israel’s biggest supporter in a U.S. state legislature.” 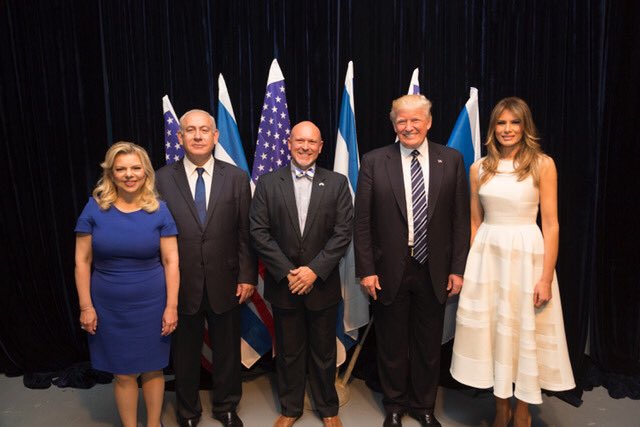 Honored to have visited with @realDonaldTrump @FLOTUS @netanyahu & @sara_netanyahu. #USA & #Israel are partners of light in a dark world!

In regards to the South Carolina Law, Stern stated that it “is really an attempt to create a speech code about Israel,” adding that it is also “an unnecessary law that will hurt Jewish students and the academy.”

Other groups, such as the Center for Constitutional Rights, have raised similar concerns, stating that “this vague and overbroad re-definition conflates political criticism of Israel with anti-Semitism, infringing on constitutionally protected speech.”

“This bill gives South Carolina the tools to protect Jewish students’ and all South Carolina students’ right to a learning environment free of unlawful discrimination. We are hoping this momentous step will result in another national wave to, once and for all, begin defeating rising anti-Semitism.”

The Brandeis Center’s allusion to a “national wave” aimed at legally conflating criticism of Israel with anti-Semitism may be closer to reality than previously thought. Indeed, if Kenneth Marcus, Trump’s nominee to serve as the next Assistant Secretary for Civil Rights at the Department of Education, is confirmed in the coming months, the newly passed South Carolina law is likely to be repeated across the country.

Marcus, who once boasted of instilling “fear” into BDS activists and considers any demonstration of solidarity with Palestine as anti-Semitic, has long desired the post, as he sees it as a way to shut down BDS at the national level. As Marcus himself has noted, changing the legal definition of anti-Semitism to include criticism of the Israeli state is a critical part of silencing BDS groups on U.S. college campuses.

Ultimately, the bill comes at a critical time for pro-Israel partisans seeking to curb the recent success of BDS at universities across the U.S. Indeed, just a week after the new South Carolina law was passed, the students at one of the country’s most Jewish colleges – Barnard College in New York – overwhelmingly supported a referendum asking its school’s administration to boycott, divest and sanction Israel for its violations of international law in Palestine. Such victories are apparently considered so dangerous by Israel’s right-wing and its U.S. equivalents that they have sought to restrict freedom of speech on college campuses nationwide in order to prevent them in the future.

In 2015, South Carolina became the first of at least 22 states to prohibit state agencies or institutions from contracting with any vendor participating in a boycott of Israel. A hub of the slaveholding South in the U.S., South Carolina is a deeply conservative state with strong ties to Christian evangelicals, but a relatively small Jewish population of roughly 20,000 — dwarfed by a state like Illinois with more than 300,000 Jews.