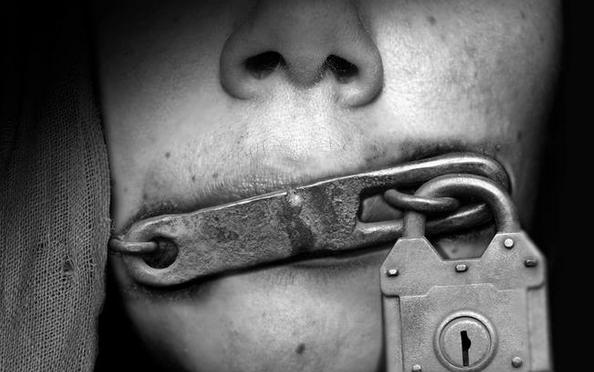 This type of corrupt legislation signals the end of free australia and the rise of a corporate run police state. Labeling peaceful protesters as ‘eco-fascists’ is the action of a government that has itself, slipped into fascism and is populated by corrupt, self serving politicians who harbor extremist ideologies. Every single politician who supports or signed off on this travesty of justice should be dismissed and charged with human rights abuses as each one is a criminal under their own law. The government of Malcolm Turdfull is perhaps the most corrupt this country has ever seen.

Peaceful protests such as this one in Lismore in 2014 could be outlawed under new state government legislation. Photo Darren Coyne

New legislation to be tabled in NSW Parliament today that would brand peaceful protesters as ‘eco-fascists’ and hand police sweeping new powers has been described as an attack on democracy.

Author, academic and activist Aidan Ricketts told Echonetdaily the planned state legislation was part of ‘a concerted attempt by conservative states to outlaw protest; giving business the right to continue unhindered by the democratic process.’

‘You kind of get the feeling that police get to write their own legislation with this government,’ Mr Ricketts said.

He added that while the detail of the bill had yet to be released ‘it looks like they might give themselves the power to seize anything that might be used for lock-ons, such as bike locks, chains and even farming equipment.’

The move has come as the Sydney Morning Herald revealed today the government has simultaneously ushered in smaller alternative penalties to court prosecution for a range of offences by CSG and mining companies.

For example, mining without authority – currently a $1.1 million fine plus $110,000 per day for a company if successfully prosecuted in court – can now be punished with a $5000 penalty notice.

Mr Ricketts said the government seemed to be ‘asserting that businesses have some special right yet we’re only talking about peaceful protest.’

‘They’re talking about what looks like giving police the power to arbitrarily move on protests on public or private land – moving the Knitting Nannas from outside the electoral office, even protests on land owned by supportive farmers.

‘We don’t have violent protests and we don’t have people damaging machinery because our social movement has strong ethics around that. But if they remove the right to all forms of peaceful protest it could see a dangerous escalation.

He said the government’s planned 10-fold increase in penalties for trespassing on mining or petroleum land created ‘an outrageous situation.’

‘It’s interesting to link it to [the status of] Santos as a donor. I’m sure some Metgasco shareholders would be going – “oh well, they’re doing that for Santos”,’ Mr Ricketts said.

He said that many of those taking direct action against coal seam gas projects ‘are farmers who feel they must act to protect the land and water from being poisoned or destroyed. They are Australian patriots, not “eco-fascists”.

‘I’ve sat next to a 64-year-old farmer with a lock around his neck and the gates of Santos’ project out of concern for water resources and his family’s farming future,’ Mr Buckingham said.

‘To label these patriots ‘eco-fascists’ is wrong and offensive, and premier Mike Baird should distance himself from the ill-informed and shameful comments of resources minister Anthony Roberts.

‘The Baird Government is showing its true colours by siding big mining interests against patriotic Australians seeking to protect land, water and communities.

‘Does Mike Baird care more about paying back his political donors in the mining industry, and doing the bidding of his former chief of staff, Stephen Galilee, who now runs the Minerals Council of NSW, than he does about farmers and communities in regional NSW?’ Mr Buckingham asked.

Greens police Spokesperson David Shoebridge described the legislation as ‘part of a pattern from the Coalition of ever-more aggressive policing and constantly expanding police powers to crack down on protest and attack our civil liberties.

‘These expanded police powers go well beyond coal seam gas protests and will extend across the state to clamp down on protests as diverse as WestConnex, recreational hunting and Forestry.

‘I wonder if Baird even notices the irony when his right-wing government proposes massive increases in police powers and then describes democratic protestors as ‘fascists’?

The future of the legislation will depend whether the ALP can be persuaded to support it in the lower house but the party has stopped short of stating its position.

Instead, NSW Labor resources spokesman Adam Searle said he was he was ‘worried about the language and direction’ of the bill.

‘As a responsible opposition we will look carefully at any proposal but we will not attack genuine community protestors who are standing up for their families and communities,’ he said.

‘After comprehensively losing the community debate on CSG and unconventional gas in NSW, particularly the north coast, the Baird government is now seeking a new way to thwart the community’s view on this matter,’ Mr Searle added.’