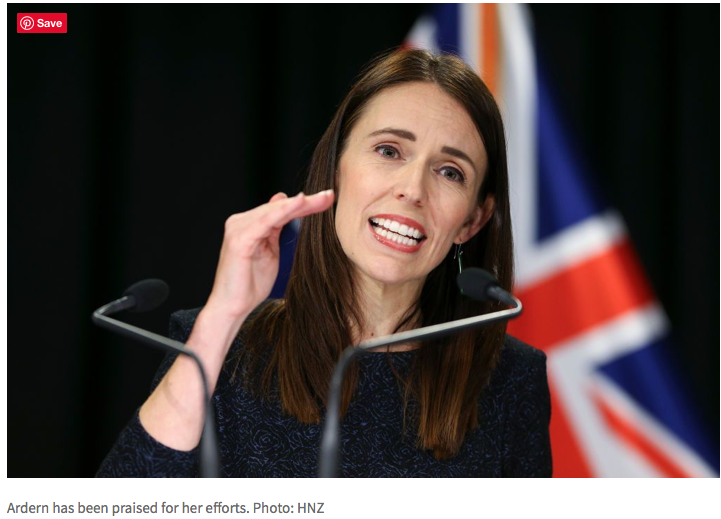 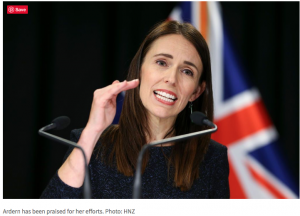 New Zealand has been under draconian Level 4 COVID-19 restrictions for four weeks and reportedly will not have the rules lifted until midnight on Monday.

From gun restrictions being implemented to biometric surveillance increases, New Zealand has experienced quite a dramatic shift in daily life over the last 12 months.

New Zealand has been shut down for the better part of a month, and residents are reportedly “counting down the days” until highly-suppressive Level 4 restrictions will be eased.

Beginning on 25 March 2020, New Zealand’s alert level was moved to Level 4, putting the country into a nationwide lockdown.

The restrictions have certainly been stricter than what’s happening here in Australia, where lockdown “stages” haven’t been as clearly defined.

Citizens have been required to comply with the rules for at least four weeks, set to be moved down to Level 3 at 11:59 pm on 27 April. Many, however, remain sceptical of the announcements.

Under these restrictions, people have been instructed to stay at home (in their bubble) other than for essential personal movement. The nation has also halted most activities in society:

The ongoing scenes have brought back a nostalgic feeling for life during wartime — from sights of soldiers on the streets, emergency rationing and the nation ‘coming together as one’ for daily updates from the authorities. Dr Ashley Bloomfield provides fresh figures each day.

Despite restrictions being some of the harshest in the world, New Zealand has recorded a lower death rate than other developed countries.

Why then, if the rates and cases are so low, would the NZ government introduce these measures?

Closer examination find that powers contained in the Health Act 1956 were created in the midst of New Zealand’s statist era, when central government reached its apex.

COVID-19 has been called a “quarantinable disease” under the act, with medical officers are given special powers that are enforceable by police. Disobedience of police could lead to arrest, prosecution and even imprisonment. This is similar to Australia’s biosecurity restrictions.

“We will be reminding people that if they don’t comply, they will endanger other people’s lives. Other people will die. That is good motivation to listen,” NZ Police Commissioner Mike Bush told Stuff.

Given the extent of the ongoing lockdowns, it is no surprise to learn that police websites used to report suspected breaches are overrun with complaints — crashing just hours after being launched. The same social engineeringtactics are being employed in Australia.

Mental health is also a concern for the nation through this time, with reports emerging of callers desperately seeking advice having to wait hours to get through. Some even had their calls cut off.

Industry call centres are being inundated, experiencing call flows up to seven times the norm.

The scenes being witnessed in New Zealand are a reminder to Australia of potential scenarios that could emerge during a ‘second wave’ or shift in the grand narrative. It does get worse and we shouldn’t forget that.

Moreover, the unease felt across the pond is a symbol of a turbulent 12 months towards totalitarianism for New Zealanders.

PART OF THE PLAN

Make no mistake, the government of New Zealand is part of an ongoing shift towards the Brave New World Order, and have played a key part in the dystopian shift we are all experiencing.

For those who may have forgot, 15 March 2019 marked the date of the widespread ‘terrorist attack’ at Christchurch mosques. Almost a year later, COVID-19 was declared a pandemic on 11 March 2020.

Ahead of the first anniversary, a national remembrance service was cancelled out of concerns over the virus. Prime Minister Jacinda Ardern said “we shouldn’t create the risk of further harm”.

This event served as a defining moment in the ongoing debate for internet freedoms and privacy.

The New Zealand Office of Film and Literature Classification quickly classified the video as “objectionable”, making it a criminal offence in the country to distribute, copy or exhibit the video. Penalties exist of up to 14 years imprisonment or up to $100,000 in fines for a corporation.

Internet providers Telstra, Vodafone and Optus all announced that various websites hosting the footage were to be restricted under ‘sensitive material guidelines’. This also led to legislation being passed allowing the companies powers to do so again in the future.

So far, at least eight people have been arrested for possessing or sharing the video or manifesto. This led to further invasive legislative being passed, including controversial anti-encryption laws.

It didn’t stop there, either. Gun laws in New Zealand came under scrutiny in the aftermath, specifically the legality of military-style semi-automatic rifles. Subsequent gun ban announcements mirrored scenes witnessed in Australia, which banned them after the Port Arthur massacre in 1996.

So far, more than 56,000 weapons have been handed to authorities during a six-month amnesty, according to NZ police. Protection of speech and the right to bear arms all stripped with one event.

Were ‘the powers that be’ rushing to align New Zealand with the international agenda in anticipation for COVID-19? Examining how much society has changed, you could certainly make an argument.

New Zealand has seen an increase in the introduction of biometric systems in the public sphere, and concerns are mounting that a surveillance state is slowly emerging behind the scenes.

Law enforcement have recently hired private company, Dataworks Plus, to upgrade the existing ‘outmoded’ police biometric system. The plan is to develop a new system with facial recognition capabilities.

This includes technology capable of searching stills from CCTV against a database of faces held by police, and the system currently being designed for police will be rolled out in the latter half of 2020.

The upgrade of the Automated Biometric Identification Solution (ABIS) system is now in its “detailed design phase”, and civil liberty advocates have raised concerns for the new plans.

Furthermore, facial recognition systems have also quietly crept into casinos, airports and some of New Zealand’s biggest retailers. This has been described as a “quiet creep” by the media.

For example, New Zealand’s largest supermarket company has rolled out facial recognition CCTV technology in some of its North Island stores. Citizens are being watched when they shop.

Surveillance systems are being introduced, guns have been taken away and the government is playing god during a four week lockdown that seems like it will never end for Kiwis. Perhaps it isn’t designed to end.

In closing, one concerned citizen wrote an open letter to the Prime Minister amid COVID-19 restrictions:

“We need to get the country back to work in trying to rebuild and reclaim our nation from the devastation that has sadly been caused. We also need to be very aware of the circumstances that led to this catastrophic situation, so that lessons can be learned!

You, the NZ government, the medical establishment and the entire country should be extremely angry about what has happened to our country.

It has been utterly devastated, seemingly for no justifiable reason other than a fraudulent level of misinformation, deceit, exaggeration and hysteria from our so called global experts.”

In the coming weeks, New Zealand will give us insight into what circumstances will look like when restrictions are actually eased.

Will the authorities allow them to keep a level of freedom aligned with other nations, such as Australia, or will a new engineered branch of the story take them right back to square one?

Only time will tell. Stay vigilant, NZ brothers and sisters.