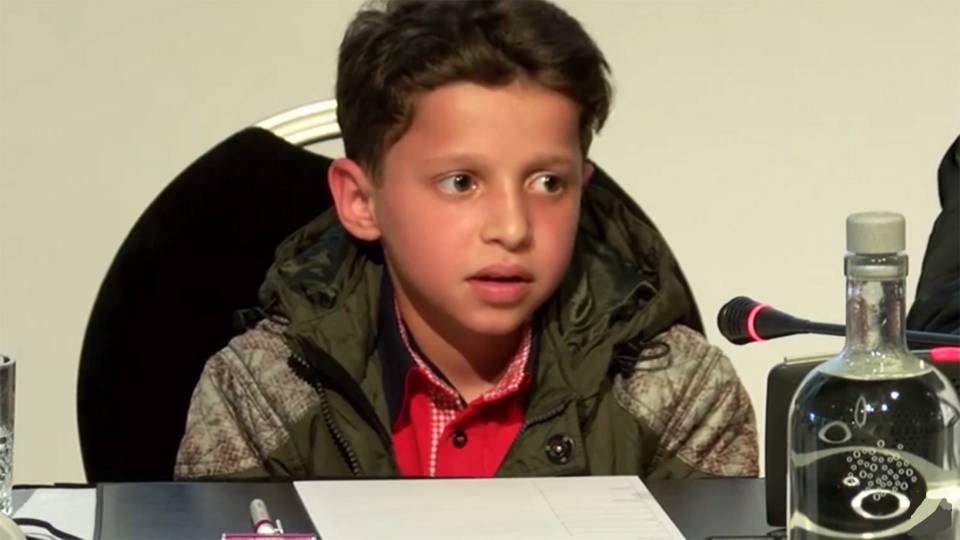 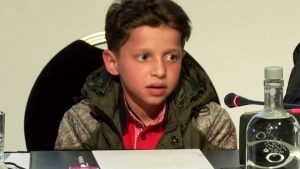 No Attack, No Victims, No Chem Weapons: Douma Witnesses Speak at OPCW Briefing at the Hague

Witnesses of the alleged chemical attack in Douma, including 11-year-old Hassan Diab and hospital staff, told reporters at The Hague that the White Helmets video used as a pretext for a US-led strike on Syria was, in fact, staged.

“We were at the basement and we heard people shouting that we needed to go to a hospital. We went through a tunnel. At the hospital they started pouring cold water on me,” the boy told the press conference, gathered by Russia’s mission at the Organization for the Prohibition of Chemical Weapons (OPCW) in The Hague.

Hassan was among the “victims” seen being washed by water hoses in a video released by the controversial White Helmets group on April 7. The boy and his family later spoke to the media and revealed that Hassan was hurried to the scene by men who claimed that a chemical attack had taken place. They started pouring cold water on the boy and others, filming the frightened children.

“There were people unknown to us who were filming the emergency care, they were filming the chaos taking place inside, and were filming people being doused with water. The instruments they used to douse them with water were originally used to clean the floors actually,” Ahmad Kashoi, an administrator of the emergency ward, recalled. “That happened for about an hour, we provided help to them and sent them home. No one has died. No one suffered from chemical exposure.”

Halil al-Jaish, a resuscitator who tended to people at the Douma hospital that day, told the press conference that some of the patients had indeed experienced respiratory problems. The symptoms, however, were caused by heavy dust, which engulfed the area due to recent airstrikes, and no one showed any signs of chemical warfare poisoning, al-Jaish said.

The hospital received people who suffered from smoke and dust asphyxiation on the day of the alleged attack, Muwaffak Nasrim, a paramedic who was working in emergency care, said. The panic seen in footage provided by the White Helmets was caused mainly by people shouting about the alleged use of chemical weapons, Nasrim, who witnessed the chaotic scenes, added. No patients, however, displayed symptoms of chemical weapons exposure, he said.

Ahmad Saur, an emergency paramedic with the Syrian Red Crescent, said that the ward he was working at did not receive any patients exposed to chemical weapons on the day of the alleged incident or after it. All the patients needed either general medical care or help with injuries, he said. Saur told journalists he came to speak at The Hague independently of the Red Crescent, and that he was testifying freely and without any pressure.

One reporter asked what would happen to the eyewitnesses and whether they would “stay in Europe to testify.”

“We’re going back home, and see no problem with that. The situation is a lot better now. We’re Douma residents, like many others,” Hassan Ayoun, a doctor with the emergency department, said.

Six of the Douma witnesses brought to The Hague have already been interviewed by the OPCW technical experts, Russia’s permanent representative to the OPCW, Aleksandr Shulgin, said.

“The others were ready too, but the experts are sticking to their own guidelines. They’ve picked six people, talked to them, and said they were ‘completely satisfied’ with their account and did not have any further questions,” Shulgin revealed. He added that the allegations by “certain Western countries” ahead of the briefing that Moscow and Damascus were seeking to “hide” the witnesses from the OPCW experts did not hold water.

The alleged chemical incident was only supported by the White Helmets’ video and social media reports from militant-linked groups, but the US, the UK and France judged they had enough evidence that it actually took place and launched a series of punitive strikes against Syria on April 14. The US and its allies accused Syrian President Bashar Assad of carrying out the “attack,” without providing any proof of their claim. Notably, the strike came hours before the OPCW fact-finding team was set to arrive in Douma to determine whether chemical weapons had been used there.