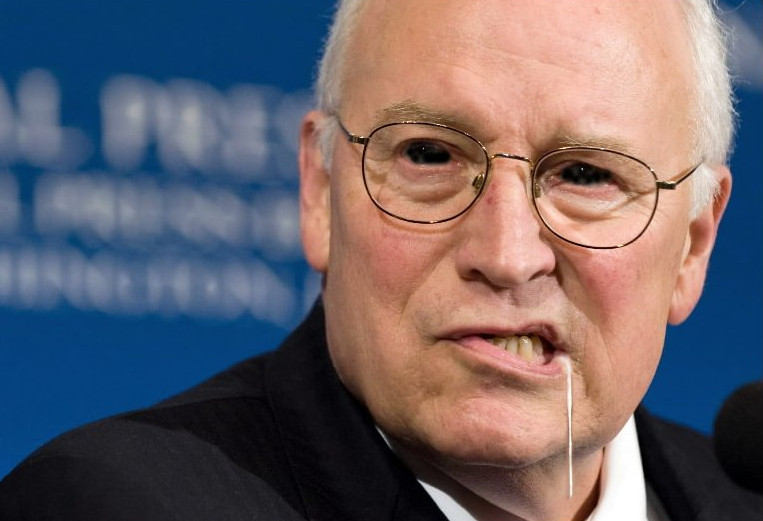 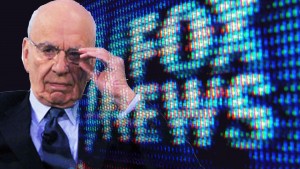 The Times today carries an article on ISIS’ oil interests, Syria and Turkey. Nowhere does it inform its readers that the owner of the newspaper, Rupert Murdoch, has a vested interest in this subject through his role and shares in Genie Energy, an Israeli company granted oil rights in Syria by the Israeli government. Dick Cheney and Lord Rothschild are also shareholders.

That Israel should grant oil rights within Syria is of course a striking example of contempt for international law, but then that is the basis on which Israel normally operates. Of course Genie’s share value will be substantially boosted by the installation of a neo-con puppet regime in Damascus which can be bought to underwrite the oil concession granted by Israel. Contempt for international law has been the single most important defining characteristic of neo-conservatism, and the need to uphold international law the recurring theme of this blog. I never thought the UK government would make the withdrawal of its support for the concept of international law explicit, as Cameron has done by removing the obligation to comply with international law from the Ministerial Code. That is truly, truly disgraceful.

But to return to Murdoch’s oil interests in Syria, it seems to me a fundamental flaw that when Fox News, Sky News, the Times, the Sun and Murdoch’s numerous other media outlets bang the drum for Western military action in Syria, there is no requirement for the consumer of this propaganda to be told that the outlet is pushing a policy in line with the financial interests of its owner. Even for those actively seeking information, there is no register of the interests of media proprietors.

This is not an accident. The Leveson Inquiry did receive evidence and questioned a witness – Dr Rowan Cruft of the University of Stirling – who suggested that a proprietor’s financial interest in a story should be revealed. Robert Jay, QC to the counsel asked:

“First of all, the code could do more to require proprietors, editors and journalist to declare their financial and also their political interests and to declare these to readers as well as editors.”

I don’t think the code does anything to require proprietors, editors and journalist to do that.

The Leveson Inquiry totally ignored the real rot in Britain’s media – the massive concentration of media ownership and its subservience to other corporate interests. The revised Code of Conduct which was its result does not contain any reference to proprietors’ interests even in the very limited context of writing about stocks and shares. A financial journalist has a duty to declare any interest which he or his family have in a company he writes about, but no duty to declare any interest of his proprietor – the person who is paying him to write.

If you think this is an accident, you are extremely naïve. It is just a tiny glimpse into one aspect of the UK’s extraordinarily dense web of elite corruption, 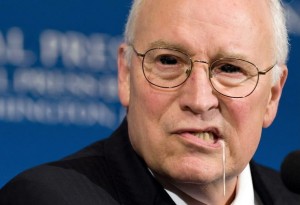 What Rothschild, Murdoch, Cheney, and Israel Love Most About Syria

What do Syria, New Jersey, Lord Jacob Rothschild, and former Governor of New Mexico Bill Richardson have in common?

Besides sounding like the introduction to a wince-worthy conspiracy quip, the most elementary answer is also nauseatingly cliche as an explanation for the penchant the U.S. government displays for inserting itself in the domestic affairs of nearly every country in the Middle East:

Afek, a subsidiary of New Jersey-based Genie Energy, Ltd., announced the discovery of a large liquid oil reservoir and requested an extension of its exploration license for areas in “Northern Israel.”

After having spent over three years in active exploration from the time initial hydrocarbon measurements and geological tests hinted at the presence of such a reserve, Afek’s discovery might have been welcome news all around — were it not contentiously located within Israeli-occupied Syria, in the region known as the Golan Heights.

“Initial findings from the drilling confirm the discovery of an oil reservoir in the Golan and further justifies continuing the exploration program,” stated Afek’s request. “We need more time for this.”

While Israel and Afek might dismissively refer to Syria’s Golan Heights as Northern Israel in documentation, international law definitively marks the region as occupied by foreign forces — making the U.S. company’s controversial oil exploration arrogantly hegemonic, as well as illegal.

Taking full advantage of the public announcement about the findings, the next day Genie Oil and Gas proceeded to publicize the names of new appointees who will join the eyebrow-raising Rupert Murdoch, Dick Cheney, andLord Jacob Rothschild on the Strategic Advisory Board (SAB). Those members are:

Dr. Lawrence Summers, 71st Secretary of the Treasury under President Clinton and Director of the National Economic Council under Pres. Obama; former Louisiana Senator Mary Landrieu, who is credited with helping pass the U.S.-Israel Energy Cooperation Bill while she chaired the Senate Committee on Energy and Natural Resources; former governor of New Mexico, Bill Richardson, who became an industry insider after serving as the Clinton administration’s Energy Secretary; and former Director of Central Intelligence, R. James Woolsey, who co-founded the U.S. Energy Security Council.

Still more controversially, Chairman of Genie Israel Holdings, Ltd. — former Knesset member Efraim “Effie” Eitam, who served as minister of both National Infrastructure as well as Housing and Construction — wouldn’t seem to be a desirable associate. His opinion on Israel’s imperative mission — delivered during a soldier’s memorial service in 2006 — drew the ire of thousands. He asserted Israel would have to:

“Expel most of the Judea and Samaria Arabs from here. We cannot be with all these Arabs and we cannot give up the land, because we have already seen what they do there. Some of them may be able to stay under certain conditions, but most of them will have to go. We will have to make another decision, to remove the Israeli Arabs from the political system. Also here things are clear and simple: We have raised a fifth column, a group of traitors of the first degree, and therefore we cannot continue to approve such a hostile and great presence inside Israel’s political system.”

Israel might have garnered the support and sympathy befitting outside perception of the manufactured nation as an ostensible underdog intent only on survival — at least at one time. Patience and tolerance for Israel’s self-interested actions — the latest being the nation’s refusal of assistance in the Syrian refugee crisis — are wearing thin, even among its staunchest backers.

In the meantime, an effective movement known as BDS (Boycott, Divestment, and Sanction) — called for in 2005 by Palestinians determined to see Israel held accountable to international law and basic human rights — has rapidly gained momentum worldwide. Continuing to do business as usual with Israel might leave the U.S. holding a hot potato.