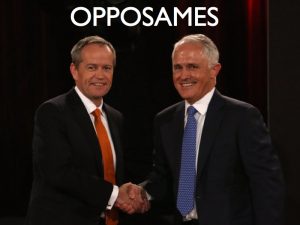 STOP TURNBULL, MORRISON, ABBOTT’S, THE GREEN’S, LABOR, NATIONALS (AUSTRALIAN GOVERNMENT) NO JAB NO PAY NO PLAY POLICY GUNPOINT MEDICINE – FORCED VACCINATION GROSS VIOLATION OF MEDICAL ETHICS/INDIVIDUAL RIGHTS TO INFORMED CONSENT/INDIVIDUAL RIGHTS TO REFUSE TREATMENT Australian Medical Association attacking Health Australia Party via their usual alleged accomplices, the mainstream media puppets. (alleged). They will do anything and everything to try to take out anyone who threatens the alleged control’ by Big Pharma $$$$$$$ http://www.abc.net.au/news/2016-06-28/health-australia-party-raises-ire-of-ama/7550684 Big Pharma in control of individuals, groups, corporations, mainstream media, Medical Schools, Universities/Politics/Governments by way of partnering/donations is a grave threat to democracy – A FIRESTORM devouring your Health Rights Freedoms/Individual Rights to Informed Consent to Treatment/ Individual Rights to Refuse Treatment and any other of your Rights that obstruct their objective$. A healthy population does not need to have continual/frequent/regular/lifetime of consultations and/or prescriptions at the Doctors’ Offices/Surgeries/Clinics/Hospitals/Chemists – this should be a ‘good thing’ right? – not as far as Big Pharma and their extensive interests are concerned! Governments say our Hospital System is unsustainable, we for some time, have had our population suffering increasing chronic diseases etc., we say, leave the people to make their own ‘Health’ Informed Decisions and become a healthier population allegedly not ‘pandering’ to Big Pharma requiring a regular, sustained or a lifetime of prescribed medications. As Health Australia Party state:- Defending Australia’s health and protecting individual rights – Build a health-creation system, not a disease-management system.