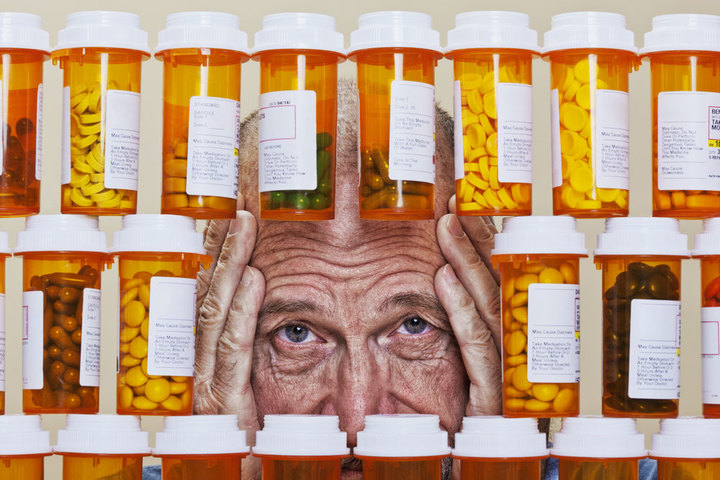 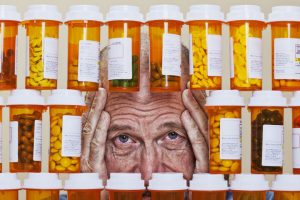 PBS Frontline (2/23/2016): “The opioid epidemic has been called the worst drug crisis in American history…with overdoses from heroin and other opioids now killing more than 27,000 people a year…” (Note: prescription opioids are now a very significant gateway-drug leading addicts into heroin.)

CBS News (8/1/2017): “Nearly 92 million U.S. adults, or about 38 percent of the population, took a legitimately prescribed opioid like OxyContin or Percocet in 2015, according to results from the National Survey on Drug Use and Health.”

On the condition of anonymity, an insider with intimate knowledge of the opioid crime network spoke with me. He is not a participant or a criminal. He has spent years exposing the network.

My initial question to him was prompted by the current Washington Post series on collusion between members of Congress and the drug industry. The collusion has produced a new law that makes it much harder for the US DEA (Drug Enforcement Administration) to shut down major opioid traffickers. (That law is the Ensuring Patient Access and Effective Drug Enforcement Act of 2016, signed by President Obama on 4/9/16.)

My question was: how could a corrupt little pharmacy or medical clinic in a small town, in the middle of nowhere, sell, as reported, a MILLION opioid pills a year?

Here is the answer my source confirmed: a criminal doctor or doctors are writing 75-100 opioid prescriptions a day like clockwork; “patients” are flooding in from all over the country (many of them flying in once a month); they are sold the opioid prescriptions, and either fill them right there in the clinic, or take them to a friendly pharmacy.

These patients are actually dealers. They return home and sell the pills to addicts.

Where do the small clinics and pharmacies obtain the huge number of opioid pills? From distributors. These are legitimate companies. They may distribute all sorts of medicines. It’s their business. They know they are committing egregious crimes.

Where do these big distributors obtain their opioid pills? From pharmaceutical companies who manufacture them.

The manufacturers and the distributors have an ongoing relationship. They know exactly what they’re doing. They know the bulk of the product is going into “street sales.”

The distributors and the manufacturers are drug traffickers.

There is no doubt about this. No one is “making a mistake.” No one is in the dark. No one is being fooled.

When the DEA tries to clamp down on opioid manufacturers, this is not a sudden action, as some manufacturers try to claim. The DEA has already made several prior visits and has tried to convince the manufacturers to stop what they’re doing—to no avail.

I suggested to my source that the opioid distributors and their suppliers, the manufacturers, have a “nudge and a wink” relationship. He quickly told me it was far more than that. He left no doubt in my mind that these relationships are undertaken and maintained with full knowledge about the trafficking enterprise these partners are engaged in.

He pointed out that the 2016 law referenced above, passed by Congress—with most of the members completely unware of what they were voting for—radically changed the conditions under which the DEA could immediately freeze huge and obviously criminal shipments of opioids. It’s not a slam-dunk anymore. Far from it.

Before imposing a freeze, instead of simply showing that the (criminal) shipment poses an IMMINENT threat of death or grave harm to users, the Agency now has to demonstrate there is an IMMEDIATE threat.

This word game means the DEA must establish that people could die, not next week or next month (imminent), but “right now” (immediate). If this seems logically absurd and intentionally perverse, it is. Obviously, “immediate” is designed to give rise to back and forth debate, legalistic challenges, long postponements—and ultimately a straitjacket preventing decisive actions against opioid distributors and manufacturers.

The Washington Post (link to 10/15/2017 article below) reached out to Obama, who signed the 2016 law, and his then Attorney General, Loretta Lynch, the highest law-enforcement officer in the nation. The DEA is organized under the Attorney General and the Dept. of Justice.

Both Obama and Lynch “declined” to discuss the law. Naturally.

Who played a central role in crafting the law and pushing it through Congress?

The Post (10/15/2017): “Deeply involved in the effort to help the [drug] industry was the DEA’s former associate chief counsel, D. Linden Barber. While at the DEA, he helped design and carry out the early stages of the agency’s tough enforcement campaign, which targeted drug companies that were failing to report suspicious orders of narcotics.”

Barber worked against the drug industry while employed by the DEA, and then he left the Agency and turned around and attacked it.

Continuing, The Post (10/15/2017): “When Barber went to work for the drug industry [he now works for Cardinal Health], in 2011, he brought an intimate knowledge of the DEA’s strategy and how it could be attacked to protect the [drug] companies. He was one of dozens of DEA officials recruited by the drug industry during the past decade.”

“Barber played a key role in crafting an early version of the legislation [the 2016 law] that would eventually curtail the DEA’s power, according to an internal email written by a Justice Department official to a colleague. ‘He [Barber] wrote the…bill,” the official wrote in 2014.”

It then includes medical clinics and pharmacies and prescription-writing doctors.

The murderous network is addicting, maiming, and killing Americans in huge numbers.