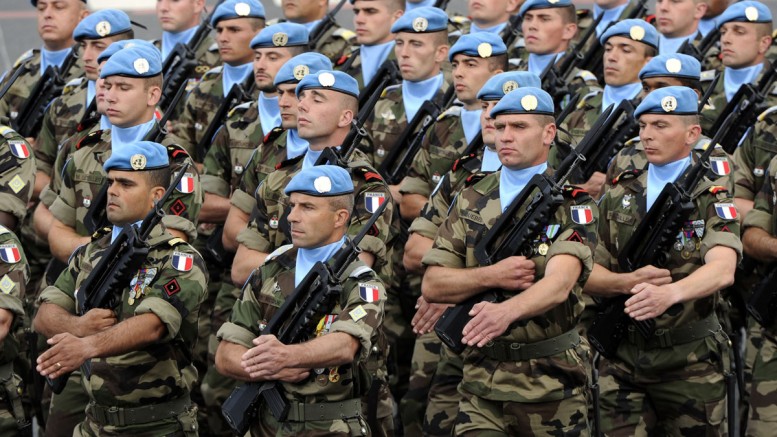 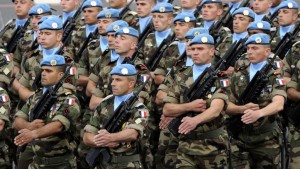 On Wednesday, Attorney General Loretta Lynch announced at the United Nations that her office would be working in several American cities to form what she called the Strong Cities Network (SCN), a law enforcement initiative that would encompass the globe.

This amounts to nothing less than the overriding of American laws, up to and including the United States Constitution, in favor of United Nations laws that would henceforth be implemented in the United States itself – without any consultation of Congress at all.

The United Nations is a sharia-compliant world body, and Obama, speaking there just days ago, insisted that “violent extremism” is not exclusive to Islam (which it is). Obama is redefining jihad terror to include everyone but the jihadists. So will the UN, driven largely by the sharia-enforcing Organization of Islamic Cooperation (OIC) and the pro-Islamic post-American President Obama, use a “global police force” to crush counter-jihad forces?

After all, with Obama knowingly aiding al-Qaeda forces in Syria, how likely is it that he will use his “global police force” against actual Islamic jihadists? I suspect that instead, this global police force will be used to impose the blasphemy laws under the sharia (Islamic law), and to silence all criticism of Islam for the President who proclaimed that “the future must not belong to those who slander the prophet of Islam.”

What is a global police force doing in our cities? This is exactly the abdication of American sovereignty that I warned about in my book, The Post-American Presidency: The Obama Administration’s War on America. The Obama Department of Justice made it clear that it was exactly that when it distributed a press release last week announcing the “Launch of Strong Cities Network to Strengthen Community Resilience Against Violent Extremism.” In that press release, the DoJ complained that “while many cities and local authorities are developing innovative responses to address this challenge, no systematic efforts are in place to share experiences, pool resources and build a community of cities to inspire local action on a global scale.”

So if the local and municipal effort to counter the euphemistic and disingenuous “violent extremism” is inadequate and hasn’t developed “systematic efforts are in place to share experiences, pool resources and build a community of cities to inspire local action on a global scale,” the feds – and the UN – have to step in. Thus the groundwork is being laid for federal and international interference down to the local level. “The Strong Cities Network,” Lynch declared, “will serve as a vital tool to strengthen capacity-building and improve collaboration” – i.e., local dependence on federal and international authorities.

Lynch made the global (that is, United Nations) involvement clear when she added: “As we continue to counter a range of domestic and global terror threats, this innovative platform will enable cities to learn from one another, to develop best practices and to build social cohesion and community resilience here at home and around the world.”

This internationalist character was brought to the fore by the fact that the Strong Cities Network was launched on September 29 not at the White House or the Department of Homeland Security, or at the FBI headquarters or anywhere else that might be fitting for a national project, but at the United Nations.

Even more ominously, the DoJ press release says that the Strong Cities Network “will strengthen strategic planning and practices to address violent extremism in all its forms by fostering collaboration among cities, municipalities and other sub-national authorities.” Sub-national and international: the press release then quotes Governing Mayor Stian Berger Røsland of Oslo, Norway, a participant in the Strong Cities Network, saying: “To counter violent extremism we need determined action at all levels of governance. To succeed, we must coordinate our efforts and cooperate across borders. The Strong Cities Network will enable cities across the globe pool our resources, knowledge and best practices together and thus leave us standing stronger in the fight against one of the greatest threats to modern society.”

But what is that greatest threat, exactly? Remember, the DoJ presser says that the SCN will “address violent extremism in all its forms.” It also says that it will aid initiatives that are working toward “building social cohesion and resilience to violent extremism.” “Building social cohesion” is a euphemism for keeping peace between non-Muslim and Muslim communities – mostly by making sure that non-Muslims don’t complain too loudly about, much less work against, rapidly expanding Muslim populations and the Islamization of their communities.

The DoJ presser noted that at the launch of the Strong Cities Network, “welcoming remarks” would be offered by the United Nations High Commissioner for Human Rights, Prince Zeid Ra’ad Al Hussein and Mayor Bill de Blasio of New York City. The involvement of New York City’s Marxist internationalist mayor is yet another warning sign.

One thought on “Obama/UN Announce Global Police Force To Fight Extremism In U.S.”