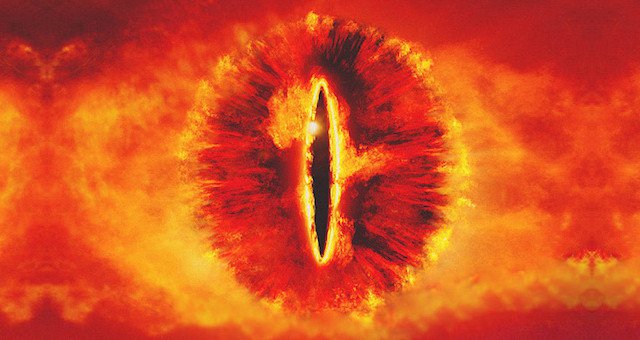 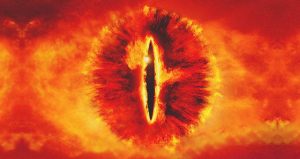 Friends, I am inspired to share a few excerpts from my friend, Kerth Barker’s, new book in order to demonstrate the extreme insanity of the inbred “elite.” Clearly, their narcissism knows no bounds.

“[Sid]… dedicated his life to materialistic gain. He took the modest fortune that he had inherited from his parents, who had conveniently died in a boating accident, and used it wisely in business enterprises. His friends in his masonic fellowship had been helpful to him in this regard. Finally, through wise investment and industrious work, he had gained a financial wealth vastly greater than other men. He waved his hand as if to indicate his extraordinary home as proof…

Then he rang a small silver bell which was on the table. When his maid brought us tea and crumpets, she seemed almost reverent in her attitude toward him. She curtsied after setting down the tray, and I noticed that she expertly walked backwards out of the room, her eyes always on him. It amused him when I stood up and curtsied exactly as the maid had before sitting back down. He laughed at that in a cheerful way and spoke on in a warm voice.

To explain why his servants held him in such reverence he talked about the concept of Luciferian Apotheosis. The legend of Lucifer is that he rebelled against God because he desired to become as a god himself. The word apotheosis can be defined as the act of a man transcending his humanity by achieving personal godhood. This is the ultimate rejection of God’s authority. Sid explained that he considered apotheosis to be the essence of Satanism. When I seemed to struggle in comprehending this concept, he considered for a moment. Then he said that he wanted to show me something – a special room of his.

He dismissed his butlers and we two went alone on an elevator, up to the top floor of his home. He led me to a wooden door with and elaborate design encompassing a pentagram. From around his neck he produced a chain with a large brass key on it. He indicated that I should open the door. Inside I found that we were in a small chapel. There were pews facing an odd type of altar. There was a wooden platform which looked like a lotus flower. Near this was a photograph of Sid dressed like the Buddha and sitting in the traditional full lotus meditation position, with his eyes closed. The people in the pews could be seen with their hands pressed together in prayer and their heads bowed. I realized that this was a chapel where he was being worshiped as if he were a god.

He explained how he had created a very small religion in which his followers worshiped him as if he were God. Through Freemasonry he had met a man who was an expert on hypnotism. This man had convinced him that certain persons were much more suggestible than others. One day Sid came up with a proposal for his masonic brother, he wanted to know if it were possible to hypnotize people into believing that he, Sid, was actually God. The hypnotist replied that if you chose exactly the right persons, made the hypnotic commands in exactly the right ways, and then reinforced those commands on a regular basis – such a thing was possible.

So Sid began to systematically create a small religion of people who were hypnotized to believe that he was God. This small religion consisted of Sid’s servants, accountants and his beautiful young trophy wife. These people actually believed that Sid had created the entire universe, and then came into the world as a man so that he could feel compassion for humanity. They understood that because of the great humility of God, this truth must be kept secret among those who were of the true faith. And so every Sunday they would gather at this private chapel. The hypnotist would place them into a trance state, giving them post-hypnotic commands to believe and behave as if Sid were God. Sid would then sit on the altar, and they would worship him.

I asked Sid if he believed that he was actually God. He laughed heartily at that question and replied that of course he did not. For Satanic Apotheosis to take place it was not important that he believe that he was God, it was only important that other people falsely worship him as God. It was this act of rebellion against the true God which would guarantee that his soul would be destroyed in the Lake of Fire on the day of Judgment. That was the importance of Apotheosis.

But Sid went on to say that there was one final step in the path to unity with Satan. Satan had mastery over Lucifer the Prince of Demons and all other demons. Sid had learned to command all of the other demons – except Lucifer. With the help of someone with Solomonic bloodlines he intended to achieve that as well…”

“What do you think?’ she asked.

That was an understatement. The entire basement had been designed and painted to mimic an ancient Egyptian temple. It was painted in colors of green, orange, red, yellow and blue. On the north side there were two statues of the Sphinx. Next to one Sphinx was a white column and next to the other was a black column. Fastened to each column was a full-length mirror. Before each mirror was a prayer rug on a platform. Across the length of the basement there were columns that aligned to those two, each of which was beautifully painted in bright colors.

The floor was covered in black and white tiles like a chess board. On the east and west walls there were paintings in the Egyptian style, like those you might find in an ancient temple. The immediate impression was that of beauty.

When I looked back at the south wall, I began to realize that this basement temple might not be so beautiful. On it was a skeleton of a child crucified upon a child-sized cross. The skeleton had a crown of thorns on its head made out of rusty barbed wire. I looked back over at the altar on the north wall that was between the two sphinxes. It was made of stone. It was a flat table with blood channels in it at the top. It was wide enough that a child could be laid on it for sacrifice. Behind the table was a red wall with a large golden inverted pentagram painted on it. On a ledge in the center of the pentagram sat a golden statue of a dragon which looked more Chinese than Egyptian. The two Sphinxes had faces identical to the two sisters: the Sphinx by the black column had Nancy’s face and the Sphinx by the white column had Bernie’s face. The statues were of a high, professional quality.

The two sisters seemed to go into a trance state as they walked toward the altar. Each bowed her head before the Sphinx which depicted her own face. Then each knelt before her respective mirror and began to worship her own image.

As the two sisters worshipped themselves as goddesses, I wandered around the basement temple. I had seen images of the ancient Egyptian artwork in books before, and although the images painted on either side of the temple imitated the style of that art, the content was quite different. These paintings held images of child rape, child sacrifice, torture and cannibalism. Some showed ancient Egyptian warriors killing unarmed people, and piles of human skulls. Although I said nothing, I suddenly realized that this temple was a horror. It wasn’t the beautiful temple I imagined when I first wandered in.

I’ve seen quite a few Satanic temples and altars – some in person and quite a few in films and photos. But the Satanic temple constructed by the two sisters was unique. It was a reflection of an intense sense of aesthetics as well as a perfect insanity. It was horrific and beautiful in equal measure. In some ways I felt lucky to see it, but mostly I felt sickened by it.

The Baron was an enthusiastic Satanist, and he had a dark Satanic temple in the basement of his own mansion. But there was something so hideous about this temple that even he was repulsed by it. He gestured at me for me to walk toward him. I slowly began to back away from the two sisters and toward the exit door where the Baron stood.

But instantly the two sisters jumped up came over to either side of me.

“Don’t you want to learn the mystery of the Sphinx?” asked Bernie.

I nodded my head. I felt both terrified and fascinated by them at the same time.

“The Sphinx isn’t what most people think,” said Nancy.

“You’re such a clever little boy Kathy. You must know that the history of the world which you were taught in school is mostly silly nonsense designed to fool the human cattle,” said Bernie.

“The Sphinx in Egypt in front of the Great Pyramid is fifty thousand years old. Much older than the Pyramids,” said Nancy.

“And originally it didn’t have a human head. It had a lion’s head,” said Bernie.

“They carved the big lion’s head into a smaller human head much later on.”

“Do you know why they did that?”

I shook my head.

Then Bernie said, “But people learned to hunt and kill the lions and so humans became higher on the food chain than them.”

Nancy completed her thought by saying, “So the ancient royalty realized that if they were to become gods in the eyes of the people, they had to be as the lions once were.”

“So the ancient royal families began to eat their peasants – that is how they came to practice cannibalism.”

“This is why the practice of cannibalism is necessary to the attainment of aristocracy.”

“And that is the secret of the Sphinx. It has the body of a lion, who eats people, but it has the head of a pharaoh who looks human.”

“So it’s is the perfect symbol of aristocratic cannibalism.”

6 thoughts on “ON THE DEMENTED NARCISSIM OF THE SATANIC ILLUMINATI”